The number of reported tuberculosis cases in Tennessee increased 10 percent between 2017 and 2018, according to the Atlanta-based Centers for Disease Control and Prevention.

The CDC report measured TB case counts in all 50 states and the District of Columbia in 2017 and 2018.

As Patch.com reported last year, the number of tuberculosis diagnoses had already grown in the Volunteer State in 2017, per CDC numbers. 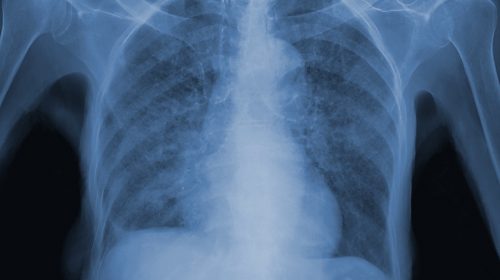 “More than half of the TB cases in the United States in 2017 were in Texas, California, New York and Florida. Overall, TB cases have declined since a spike in 2015.”

As The Tennessee Star reported, the number of resettled refugees who have arrived in Tennessee has increased 46 percent in 2019 during the 11 months that Republican Bill Lee has served as governor of the state.

Under Gov. Lee, refugees have been resettled in the state from the Democratic Republic of the Congo, Burma (now called Myanmar), Somalia, Syria, Sudan, Iran and Iraq.

From the date of his inauguration on January 19, 2019 to Saturday, December 21, 2019 a total of 595 refugees have resettled in Tennessee by the Tennessee Office of Refugees, an arm of the Catholic Charities Voluntary Agency (VOLAG) that is paid by the federal government for each resettled refugee, according to the Department of State’s wrapnets.org interactive reporting website.

Notably, the majority of arrivals (355) came from the Democratic Republic of the Congo, with the second greatest number of refugees (90) resettled in Tennessee during the 11 months Lee has been in office coming from Burma (now called Myanmar.) Both of these countries are on the list of 22 countries in the world with High Tuberculosis Burdens.

As The Star reported last week, Tennessee Republican Bill Lee announced the state will not stop resettling refugees, even though Republican Lt. Gov. Randy McNally and Republican Speaker of the House Cameron Sexton said they disagree.

Lee had this power, per an executive order from U.S. Republican President Donald Trump. Trump issued an executive order in September that asked states and cities to consent in writing if they want to continue refugee resettlements.