Kumar said this at a gathering of Republicans in Robertson County. He spent nearly an hour addressing our recent article about him.

But despite his efforts to defend his plans, many Republicans who attended Saturday’s event said Kumar wants to expand government power. And that, they said, goes against conservative values.

One man, who did not identify himself, said he’s upset because “government finds a way to reward everybody except for the people who are doing things right,” especially as it pertains to Section 8 housing, medical care, and schooling.

Kumar declined to answer The Star’s questions Saturday morning, but he did email us later that afternoon. In his email, he discussed a hypothetical scenario of a minimum wage worker who is offered a position as an assistant manager at a fast food restaurant. 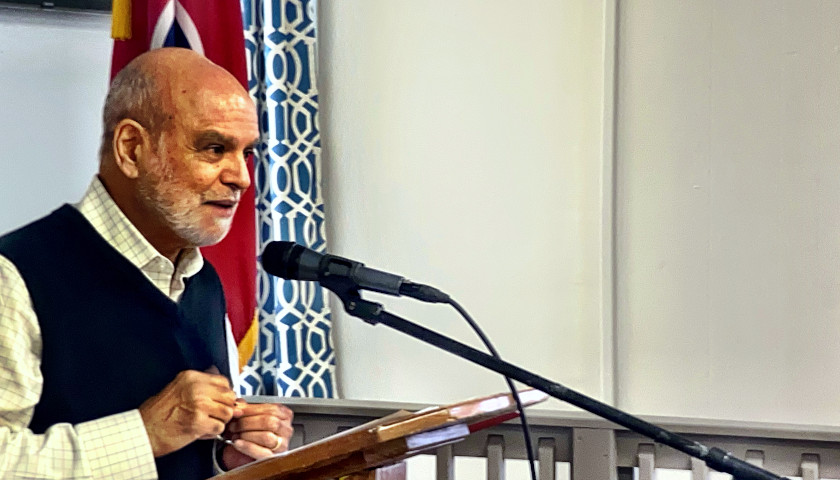 “The worker refuses, because the higher wage will lead to a loss of TennCare coverage for the children. It is a reasonable thought that TennCare benefits be, possibly, extended for a period of time, during which this worker is able to find and afford healthcare coverage,” Kumar wrote.

“The family will be able to get off TennCare! This is contraction of TennCare and NOT expansion! The above scenarios should encourage us to think creatively, support family values and free families from entitlement programs.”

At the meeting, despite Kumar’s denials, another audience member said Kumar wants to expand Medicaid, regardless.

“You are taking our government and saying ‘You are good Christians, and you should want to help people,’” the unidentified audience member said.

“No, you are not letting us help people. You are forcing us to. This guy (on Medicaid) is going to use government money one way or the other. If you think giving him an extra six months is going to change his behavior then you’re wrong. He’s going to be just what he is, and all you’re doing is forcing me as a taxpayer to pay more for a program that you are promising me will save money. That is Medicaid expansion.”

As for the forced government payroll deductions, Kumar told audience members Saturday that people could opt out of them. 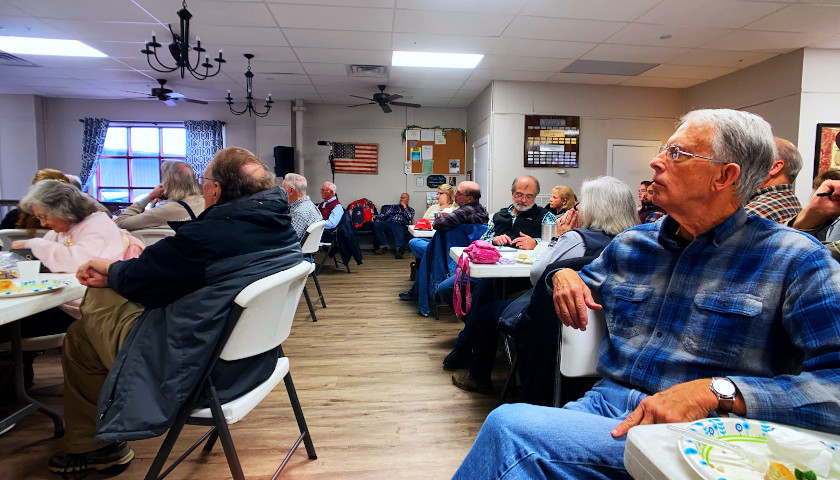 But one audience member said 90 percent of individuals would not know they could opt out. Other audience members said it was a matter of personal responsibility, and that Kumar’s energies were better spent teaching high school students how to save money.

In his email to The Star, Kumar said forced savings and mandatory deductions are unconstitutional.

“The idea is to encourage a savings habit, as there are a significant number of Americans who fail to create lifetime savings  and, in later years, find themselves dependent on TennCare and other entitlement programs,” Kumar said.

“This creates a cost to taxpayers.”

State Sen. Kerry Roberts, R-Springfield, who was in the audience Saturday, told The Star afterwards that he opposes Kumar’s proposals.

“I absolutely oppose mandating payroll withholdings, even with an opt out. It’s a mandate to require employers to do something an employee has to opt out of,” Roberts said.

“I also view that other proposal (of Kumar’s) as an expansion of Medicaid regardless of how anybody else views it. You can’t restructure a program to address the outliers.”