Nashville, Tennessee – Steve Moakler was featured in my Music Spotlight column in 2018 when he released his Born Ready record.  Since then a lot of has shifted in his life and his newest album, Blue Jeans, reflects these naturally occurring changes. 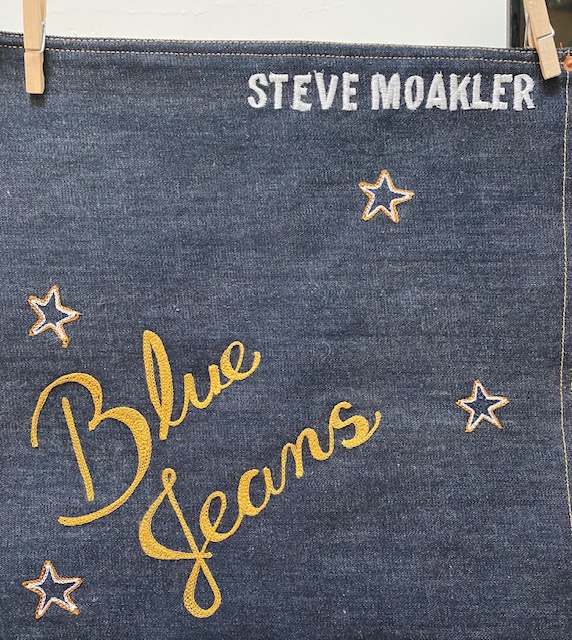 Seven years ago, when he was first was married, Moakler and his wife Gracie were just starting out. She was starting her company and he was trying to get his career off the ground. They put this word out online to their fans and asked if anyone would like to host a concert. What happened was an overwhelming response. They literally bought a 72 Winnebago (now a song from the Blue Jeans album) from Craig’s list and went on the road where they had 40 concerts in 50 days. Since then, they have done 5 cross-country home-town tours but this last year, they had baby Jack tagging along and were able to upgrade to an Air stream camper where they did 23 live shows.

“He turned one this week and I am still processing all the change. I love being a parent, being together. It was important to us to bring him on the road so we’re hoping to keep this up.” Moakler said. “As a parent, I feel a lot more emotion, I feel everything a little more deeply.”

Baby number two is expected this summer, according to the country singer.

The title track to the album, “Blue Jeans” has a strong country-western vibe to it. “It was the first song written for this project. We just leaned into it and it just came out that way.” Moakler admits he tries not to be pigeon-holed by a genre. But there are other songs like the Picture and Push that go in a different direction and that is OK too. “It’s just American music,” he affirms.

The Blue Jeans album follows the release of Born Ready which debuted In June 2018.

“The last two records I made with [Creative Nation’s] Luke Laird and those two sounded pretty cohesive. With Blue Jeans, we wanted to sonically go somewhere new, so we brought in a new guy named Nick Lobel to co-produce, and he’s kind of mad scientist [music] engineer guy,” he said.

After they recorded a song, Nick would “take it back to the studio and take it apart and put it back together.” That’s why Blue Jeans has a slightly different sound than previous Moakler albums, but lyrically it is comparable.

The Blue Jeans album is about things that get better with time just like an old pair of jeans. The record is very personal where he talks about his son and the camper tour and his grandmother as he shares parts of his life he’s never shared before. He has set out to make music that is broken-in and true and with Blue Jeans, Moakler does just that.

Moakler will be doing a headlining tour this spring to promote his new record. But whether or not he will do another home-town camper tour in the fall with two under two is yet to be seen. As much as he enjoys being out on the road, he also loves being with his family where he will continue writing songs as he has done for most of his adult life.