One of the most talented groups of singer/songwriters in Nashville are the Song Suffragettes. When I went to hear two of my previous Music Spotlight artists perform at the Listening Room another one instantly grabbed my attention: Kasey Tyndall. It took several months, but I was finally able to sit down with her to find out more about this sassy, talented singer/songwriter. 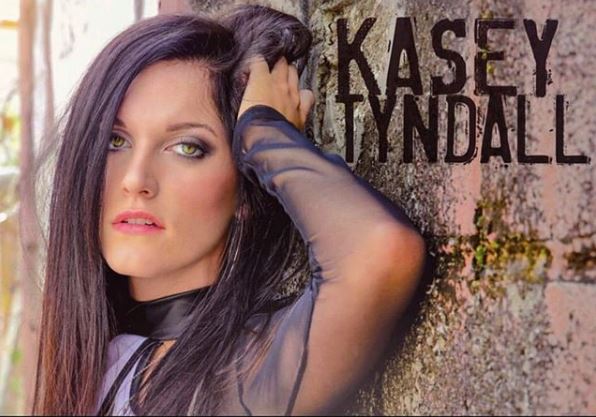 Because of her first single “Everything is Texas,” I assumed Kasey Tyndall was from Texas. But she’s not, she’s from North Carolina. As is so often the case in country music, the best songs come from heartache and “Everything is Texas” certainly fits that mold.

But the story of this song is so much more than that.  Tyndall said when she first moved to Tennessee, she started dating a guy who was stationed at Fort Campbell. However, they didn’t date too long because he moved back home to Texas. The singer then went back home to North Carolina where she played some shows. While back home, she kept seeing Texas license plates everywhere, which she said doesn’t happen in North Carolina. Tyndall told her songwriter friends “It’s going to be so hard to get over him because everything is Texas.” And they immediately started writing the song.

Yet, the story doesn’t end there. “Everything is Texas” is a song about missing someone. Unfortunately, a few years ago, he was tragically killed in a motorcycle accident. His current girlfriend reached out and asked if they could use the song at his funeral.

“It turns out, we didn’t write that song for me, we wrote that song for her. It was very inspiring to know that sometimes we go through things to heal other people. It’s what I love about songwriting and how powerful songs can be,” the song writer said.

Tyndall does not come from a musical family. “None of my family can carry a tune in a bucket,” she said.

After high school, she went to school at East Carolina University to study nursing. While in college, Tyndall worked three jobs and played a little music on the side. Her journey to Nashville was accelerated in 2014 when she won a radio station contest to sing “We Were Us” with Keith Urban. This gave her the courage to drop out of college and pursue music full-time.

Tyndall taught herself to play guitar by playing along with Taylor Swift’s first self-titled record.

“Musically, it was very simple in a beautiful way. I looked up where to put my fingers and I played along with her record that was how I taught myself to play guitar,” she said.

Tyndall moved to Nashville with a friend who was interning with her management company, and for a while, they worked part-time with a catering company to make ends meet. Eventually, she was able to get a publishing deal with Sony/ATV.

One of my favorite songs she performs is “Bar That’s Open” which she co-wrote with her best friend, Lainey Wilson, and Ashley McBryde. Although it’s a fun song, it still portrays heartbreak with lyrics that belie the fact that she was barely in her  (and even younger when the song was written). Even her mother remarked that she was “too young to be writing about this stuff.” Kasey replied, “It’s just the music I grew up on.”

“Spitfire” is her current single and it was written about her mother. 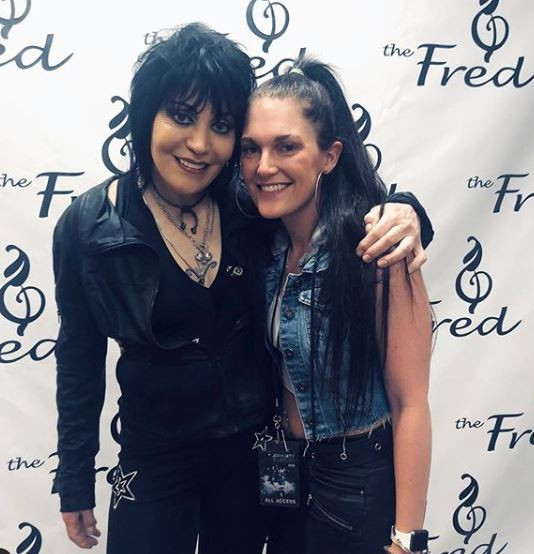 “My mom was a single mother for a while and I just remember how tough she was. But I also love how grounded and humble she was no matter what crap was thrown at her, her faith was inspiring,” the North Carolina native said.

Since 80’s rock had a huge influence on her music it was no surprise that Kasey wrote a song, called “Jesus and Joan Jett.” With lyrics like “Headbanging, cross hanging down from my neck, I roll with Jesus and rock with Joan Jett,” the irreverent song appeals to fans of all ages and various genres as well.

Tyndall was excited to be able to hang backstage with Joan Jett when she sang at Nashville’s Ascend Amphitheater with Heart recently. Jett has heard Tyndall’s song and she wants to be a part of it when it is officially released.

Even though she has been chasing her dream for a little while now, this country rocker is just getting started. Tyndall isn’t a just little bit country and a little bit rock n’ roll. She’s a whole lot country and even more rock n’ roll. If hard-rocker Joan Jett and redneck woman Gretchen Wilson had a baby, it would be Kasey Tyndall.