Amazon is reportedly building a giant fulfillment center at the Frayser/Raleigh community border in Memphis, according to DailyMemphian.com

“It will be Amazon’s first site in Tennessee where associates will utilize innovative Amazon Robotics technology to pick, pack and ship smaller-sized customer items, such as books, electronics and consumer goods, to name a few,” according to the website.

There is a groundbreaking ceremony scheduled for Jan. 27, although it is not open to members of the public, according to DailyMemphian.com 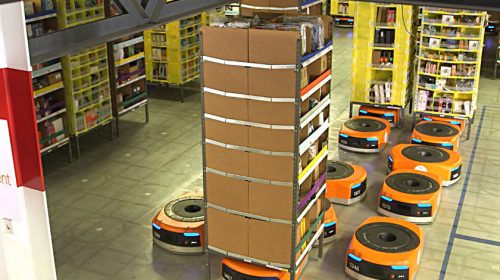 “Despite the ‘groundbreaking,’ site work for the building with an 855,000-square-foot footprint started weeks ago just north of Nike’s North American Logistics Center,” the website went on to say. “The facility will be Amazon’s sixth fulfillment center.”

As The Tennessee Star reported in 2018, government officials are “whipsawed” into handing out corporate welfare and other tax incentives to companies like Amazon, according to the head of a Washington D.C.-based nonprofit.

This is especially true as government officials try to entice a company to come to their state when they know those company officials have other options.

Greg LeRoy, executive director of Good Jobs First, said as much in an op-ed in The New York Daily News.

According to its website, Good Jobs First is a policy resource center that promotes corporate and government accountability in economic development.

“In game theory, public officials are in the ‘prisoners’ dilemma.’ They aren’t told who they are competing against, and if they find out, they know they must not communicate with their peers. Their job is to supply data — and the biggest possible subsidy package — and hope for the best. They may intensely dislike this game’s rules, but know they must conform, lest they be blacklisted by site consultants shopping the next deal,” LeRoy wrote.

“When a press release is issued, giving a politician a powerful re-election gift, the spin emphasizes the incentives. No one points out that state and local taxes — and therefore incentives that reduce them — are microscopic cost factors that rarely determine where a company expands or relocates. The bipartisan dogma that tax breaks ‘work’ is cemented in the public narrative.”

As The Tennessee Star reported, Nashville will get Amazon’s new Operations Center of Excellence in exchange for $102 million in taxpayer-funded performance-based incentives.

While Amazon’s investment to establish the operation is sited as $230 million, the announcement didn’t address the $102 million in incentives as the trade-off. Incentives from the state include a $65 million grant for capital expenses and allows Amazon seven years to create the 5,000 jobs.