LEBANON, Tennessee – A majority of Wilson County commissioners voted Monday night to indefinitely postpone voting on a resolution that would have opposed Tennessee Republican Gov. Bill Lee on the issue of refugee resettlement.

Lee, as reported, wants to continue resettling refugees throughout the state.

One commissioner said this is not something the county government ought to work on and that this is instead a national and state issue. 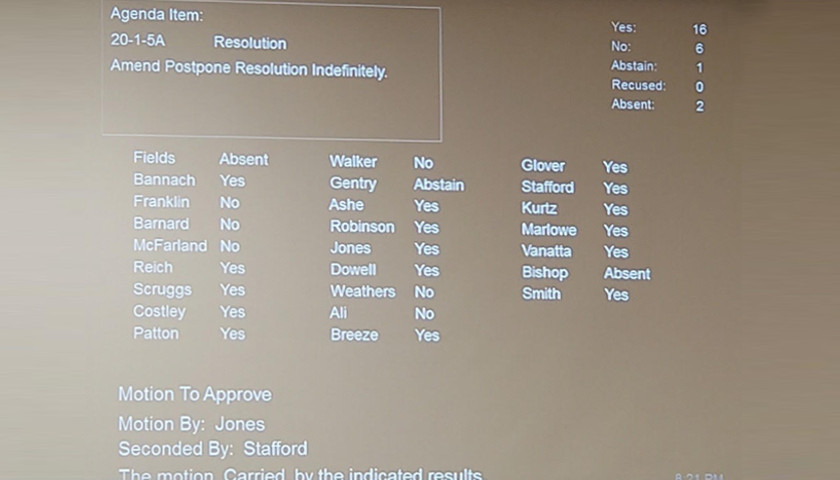 Immediately after the vote, a small group of people who did not identify themselves applauded and immediately left the commission chambers. One man who was upset about the outcome asked one of the people, a woman, if she even lived in Wilson County. The woman said she did.

Monday’s vote was a stark contrast to how members of the county’s Legislative Committee voted on the matter earlier this month.

As The Tennessee Star reported, there was no conflict or drama at that meeting as all five committee members voted unanimously to oppose Lee on refugee resettlement.

Commissioners at that Legislative Committee meeting took less than five minutes to discuss the matter. At that meeting, committee members said they couldn’t believe Lee didn’t approach state legislators first before he decided Tennessee would continue to allow refugee resettlement around the state.

Other committee members stated flat out they think of Lee’s directive as an unfunded mandate.

They said communities such as Lebanon and Watertown are already struggling to make it with what they have, and they cannot afford to take in more refugees.

As The Star reported this month, officials in several other Tennessee counties have announced they either will or will likely oppose Lee’s decision to continue resettling refugees throughout the state.

Gov. Lee cited his Christian faith as one of his reasons for taking in more refugees.