GALLATIN, Tennessee –The Tennessee Star interviewed Donald Trump, Jr. after a fundraiser for former Ambassador Bill Hagerty in Gallatin on Tuesday. A native of Gallatin, Hagerty is a candidate for the Republican nomination for the U.S. Senate seat in Tennessee being vacated by retiring Sen. Lamar Alexander (R-TN). President Donald Trump endorsed Hagerty in a tweet back in July. 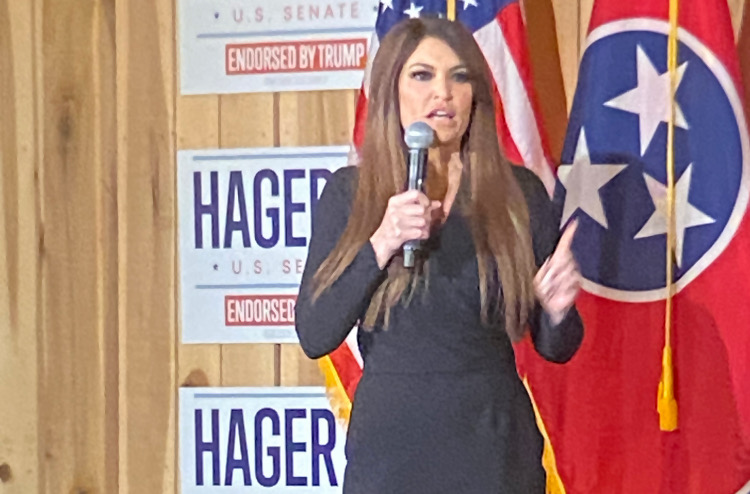 Leahy: Michael Patrick Leahy here with Donald Trump Jr. and Kimberly Guilfoyle who just gave a rousing speech with references to what the guys at CNN are doing.

Trump, Jr.: Well, it’s truly disgusting actually you know? It’s amazing to me. Again, I’m the son of a billionaire from New York City and I can understand that. But what they say about the average hard-working Americans who want to just live their American dream.

But I get it. Despite the craziness of my life rolling up and that these people who are on tv supposedly representing us and kind of report the news don’t and continue to insult them even after the same insults cost them the election four years ago.

Leahy: They didn’t figure that out yet.

Trump, Jr.: They have not figured it out. They truly believe those things. And they don’t. And I’ve had the good blessing of being able to go around the country and meet these people. To talk to them. And honestly, they get it.

Leahy: They absolutely get it.

Trump, Jr.: They get it more than anyone could possibly understand.

Leahy: So your Dad has endorsed former ambassador Bill Hagerty for the United States Senate.

Leahy: He’s not the only guy running.

Leahy: Why in your opinion is Bill Hagerty going to do a better job supporting your father’s agenda better than anybody else in the primary? 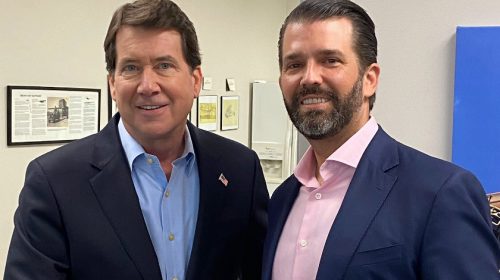 Trump, Jr.: I think he gets it. He understands because he’s worked within the administration. But more importantly, he was on team Trump before it was politically expedient. He was on there before my father had won. He worked with us on the campaign in 2016.

He then went on to serve and fulfill my father’s objectives abroad as an ambassador to Japan. He understands how to work with my father. He understands how my father works. And for my father to endorse him means that my father trusts him to get that done. So, I don’t think there could be a stronger endorsement. Again, we don’t tend to get involved in primaries. So when we do, it usually tells you something.

Leahy: I think it’s a pretty good record of support for your dad in primaries.

Trump, Jr.: It doesn’t much better.

Butler: Can Tennessee residents expect to see a lot of you and your family this year in the state campaigning for the US Senate Republican candidate?

Trump, Jr.: 100 percent. Listen, the Senate is going to be an important seat. Obviously Tennessee is a very conservative state. A lot of that will be a big part of it will be the primary. With that said, what was spent in the last cycle around here in some of these Senate races. It’s definitely going to be a target for the Democrats.

We’ll be spending a lot of time here. It’s never hard to get me to go around the country to support our friends. And so it helps for me to have that relationship with a guy like Bill who I’ve worked intimately on the campaign in 2016 as well. So you’ll be seeing a lot of us.

Butler: Are there second term priorities and how can a Republican Senator from Tennessee help your father with those things?

Trump, Jr.: I think a big component is to be continuing the agenda. A lot has been accomplished but I think my father wants to do a lot more. He’s probably done more than most in the three and half years he’s been in there already. But obviously he wants to tackle infrastructure.

He wants to continue to make the improvements that he needs to the military. To further and build the wall. Shore up our other trade deals. You know all of these things that have sort of been unprecedented and wouldn’t even think about trying to tackle terrible trade deficits and bad deals.

Trump, Jr.: You never know! Honestly, when I see the policies being enacted in so many of these states like New York and these high tax areas. They just don’t align with my values. There’s no fiscal responsibility. I don’t see myself being there all that much longer frankly.

I’ve done it now because of our business. But that only lasts for so long before you say you’re sick of it and I’d love to go to someplace we love. Tennessee is one of those places I think we’ve done pretty well. It certainly would be a lot nicer to walk to work in Tennessee than it would in New York City.

Leahy: Thank you so much Donald Trump, Jr.