Why is ACT afraid of a four year old testing company that primarily serves homeschoolers and private schooled students? Why don’t public colleges in Tennessee want a source of high-performing students if they fall outside the traditional educational path? Why don’t our legislators want to give a voice to the students the Classic Learning Test (CLT) is serving?

These are the questions I had as I left the Higher Education Sub-Committee meeting on Tuesday.

I first learned about the CLT in 2016. My oldest son was one of the early test takers, and he refused to take the ACT again after taking the CLT. He appreciated both the content and test experience of the CLT. He chose an out-of-state college that accepted the CLT for scholarship consideration, so we did not pursue the process of applying for state scholarships. This summer, with my daughter’s senior year approaching, I began researching the state scholarship programs. I learned that for homeschoolers, an ACT or SAT is required to qualify for the scholarships from the state. Eleven colleges in Tennessee now accept the CLT (including my daughter’s top choice), but these students must also take the ACT or SAT if they want the state scholarship funds. 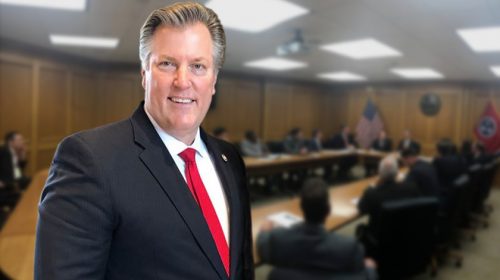 I reached out to my state representative, Scott Cepicky. I shared with him my frustration, but I also shared why the CLT is a better option for many of us, especially those of us who educate outside of district schools. It is the only college entrance exam that is not Common Core aligned. It focuses on content that utilizes the best writers and thinkers of all time. The texts are engaging and thoughtful. The math section emphasizes logic and critical thinking. After a couple of meetings with Representative Cepicky, he agreed to pursue legislation to add the CLT as an option to the state scholarship funds. After learning more about the CLT and the type of students it attracts, he thought Tennessee colleges would be interested in keeping these students in state. So we had meetings with various members of the Dept. of Education, Higher Education Commission, legislative liaisons for the state colleges, and other interested parties.

Their main concern about pushing this legislation forward was the lack of college outcome data for CLT test takers. Because CLT is so new, they do not have a large contingent of students who have graduated from college yet. With this in mind, Rep. Cepicky asked me to write a resolution urging the state to “evaluate the Classic Learning Test (CLT) for State-sponsored scholarships and admission to public universities.” CLT has research in progress to collect this data as it becomes available, and this resolution would bring light to the CLT and the students it serves while the research is ongoing. If the data is as favorable as projected, it could be brought up as a bill in future sessions.

The resolution was heard Tuesday by the Higher Education Sub-committee. I arrived at Rep. Cepicky’s office shortly before the meeting. He had previously told me he anticipated no trouble getting this through the committees. But Tuesday morning he let me know that he had been visited by the ACT folks, and they had been visiting other lawmakers as well. He told me that the legislative liaisons for some of the state colleges had also pushed back against this resolution. We were in for a battle.

As I sat in the meeting, I listened to two other bills. I saw a genuine interest in meeting the needs of Tennessee students and being responsible stewards of the budget. I saw the sub-committee move the first two bills to the full committee. Then the resolution about CLT came up. Rep. Cepicky spoke about the purpose behind the resolution to analyze the data that is being collected. Members of the committee aggressively questioned Rep. Cepicky and made derogatory statements about the resolution; one legislator went so far as to say he “despised the bill.” Rep. Cepicky continued to answer questions and stated that he was speaking for homeschoolers and others in his district educated outside public schools who wanted a better option to demonstrate what they know. He went on to say that ACT and SAT are silencing the voices of individual students, and it is the legislator’s job to listen to those constituents and make sure they have a voice. Only one question was even friendly, and it came from Chairman Jim Coley. He asked if the CLT was based on a Great Books idea. When Rep. Cepicky answered yes, Chairman Coley said that was admirable, but he along with every sub-committee member voted “Nay” on moving the resolution to the full committee.

The fact that lobbyists pushed so hard on an issue of “evaluating the CLT” says something about the quality of the tests being considered. Many are losing faith in the ACT after the college admission scandals, but it seems ACT is focused on shutting down any competition rather than competing on their merits. The complete data set isn’t in yet for CLT students, but it turns out that Tennessee legislators on the Higher Education Sub-committee aren’t interested in the data because it comes from an outsider.

We lost the first battle. It is going to take a lot more than a passionate freshman legislator to see this through. It’s going to take many students taking the CLT and writing their legislators.

It’s going to take many of us showing up at meetings so the legislators don’t just see one lone constituent among an army of lobbyists. And it’s going to take many of us calling colleges and asking them to accept the CLT. Until then, I’ll be paying for two tests: one that emphasizes truth and beauty in education, and one that dominates the market.

Kimberly Farley is a homeschooling mother of three and director of Impact Speech and Debate Club.

One Thought to “Commentary: Battle for a Better Test”