NASHVILLE – During the second legislative session of the 111th Tennessee General Assembly, state lawmakers will rewrite Tennessee Department of Transportation (TDOT) regulations relative to billboards within the state which were ruled to be unconstitutional by the United States Court of Appeals for the Sixth Circuit.

In a 21-page opinion issued on September 11, 2019, the Sixth Circuit Court of Appeals affirmed that Tennessee’s Billboard Regulation and Control Act of 1972 is unconstitutional based on its content-based regulation of free speech, The Tennessee Star reported. 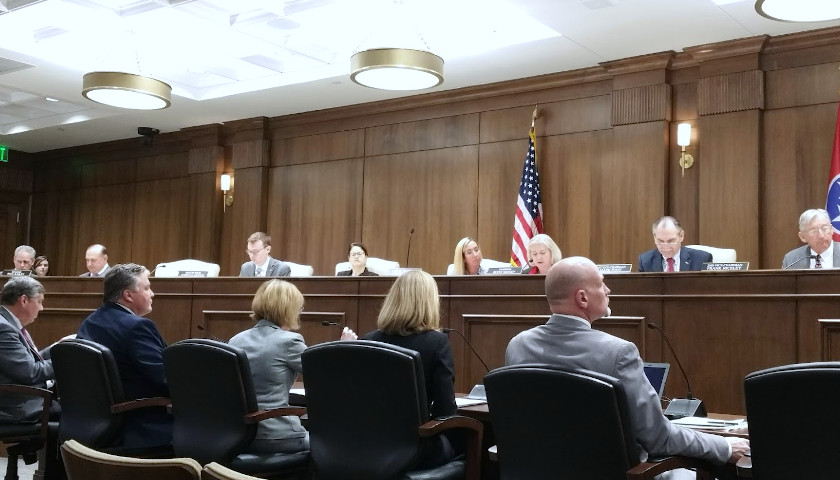 Under the act, roadway signs that are located on a premise and related to the specific business or activity taking place at the location are exempted from TDOT’s permitting process, and is known as the on-premises exception.

However, billboards within 660 feet of an interstate or primary highway but not located on a premise where there is an activity are subject to TDOT’s permitting process. As such, it is a TDOT official who decides whether the content of the sign is appropriate for the location.

The state’s Billboard Act mirrors the provisions in President and Lady Bird Johnson’s 1965 Highway Beautification Act (HBA), which controlled outdoor advertising. For added measure, the HBA specified that 10 percent of federal highway funding is linked to a state’s enforcement of the HBA.

On Wednesday’s calendar for the Senate Transportation and Safety Committee and the House Infrastructure Subcommittee of the Transportation Committee, panel discussions were scheduled to review the Sixth Circuit Court ruling on Tennessee’s Billboard Act.

The panel included stakeholders from the Tennessee Office of the Attorney General and Reporter, TDOT, the Outdoor Advertising Association of America and Scenic Tennessee.

The committee meetings were surprisingly well attended, with observers including outdoor advertising industry members and representatives as well as TDOT employees, among others. During both the Senate and House committee meetings, the testimony from the stakeholders involved was largely the same.

Sarah Campbell, Associate Solicitor General and the Attorney of Record for the state in the lawsuit provided committee members with the background and findings of the Sixth Circuit Court.

Campbell advised that the state had petitioned for a rehearing to clarify the ruling, but the Sixth Circuit Court refused. The state’s only option now is the United States Supreme Court, and the deadline for “cert” filing is April 3.

Senate Transportation and Safety Committee Chair Becky Massey (R-Knoxville) advised the committee members that what they had just heard provided the baseline for what they need to address.

Senator Frank Nicely (R-Strawberry Plains) said the Billboard Act was discriminatory against landowners, particularly farmers, and Senator Janice Bowling (R-Tullahoma) opined that a bill from 1965 is a “tremendous infringement” and seems to be heavy-handed on freedom of speech.

Brian Carroll, Legal Director and General Counsel, along with John Reinbold, General Counsel, appeared on behalf of TDOT. Carroll said they have been struggling since the decision was handed down in September 2019 and have conferred with the attorney general, governor, chairs of the senate and house committees and leadership.

“All our options are bad options and would result in possibly more litigation,” Carroll said.

TDOT has since stopped all permits for outdoor advertising and are not enforcing any administration functions of the act, but are concerned about impacting the $89 to $90 million of federal funding conditioned on compliance with the HBA.

TDOT has drafted legislation to allow quick resumption of the Billboard Act, looking to the states of Oregon and Texas that previously faced similar challenges to their respective billboard regulations.

Senator Richard Briggs (R-Knoxville) thought “everything seemed to be working fine since 1965,” and hoped for a simple solution to be in compliance with the Sixth Circuit Court’s decision, because “we don’t want to lose that money.”

TDOT’s legal counsel advised the committee members that notice would be received prior to federal funding being withheld and Chair Massey suggested that withholding of funding would not occur during ongoing litigation.

Representing the national trade association for the bill board industry was Kerry Yoakum, Vice President of Government Affairs for the Outdoor Advertising Association of America (OAAA). Prior to joining OAAA, Yoakum regulated billboards for Ohio’s Department of Transportation.

The outdoor advertising industry, Yoakum said, donates over $500 million nationally in public service each year and, in Tennessee, contributes $1.1 million in taxes, $16.2 million in lease payments to 4,000 Tennessee landowners.

In fact, Dave Roland of Roland Digital Media later told The Star that for widows of farmers, lease payments for outdoor advertising may be the only income that their land now generates.

Yoakum expressed the importance of having a regulated industry to ensure the federal funding and thought it was “safe to say that all stakeholders support regulation.”

While states had historically prevailed in similar court challenges, a situation like Tennessee’s played out in Oregon in 2006. Oregon subsequently enacted legislation that avoided losing federal highway funding, said Yoakum.

In 2015, Texas encountered the same problem and avoided the loss of funding by quickly enacting legislation that built on Oregon’s and the U.S. Supreme Court’s 2015 decision in Reed v. Town of Gilbert (Arizona).

Yoakum recommended that Tennessee build upon the legislation from both Oregon and Texas, neither of which have been challenged since being enacted.

Marge Davis, President of Scenic Tennessee, one of Scenic America’s 50 affiliates, said the state organization came into being almost the same day of Governor Lamar Alexander’s Cleaner Highways initiative in 1986.

Davis would like to see more regulation of billboards and fewer of them overall. Although, she went on to admit, “We wouldn’t mind going all the way to zero, as four states and at least a thousand cities around the country have done,” adding, “but we want to be reasonable.”

“We don’t want to go backwards or backslide by increasing the tree-cutting zone or making it easier for non-conforming signs to become conforming,” clarified Davis.

Similar presentations were made in the House Infrastructure Subcommittee later that day, but had the added revelation from the full Transportation Committee Chair Dan Howell (R-Georgetown) that about 50 billboards have been erected in the time TDOT has not been enforcing the state’s Billboard Act.

Speaker Pro Tem Bill Dunn (R-Knoxville) asked if those 50 billboards would be grandfathered in or if the federal government would find them in violation.

While TDOT General Counsel Reinbold chuckled saying that is a good question that he didn’t know the answer to, he added that they and the outdoor advertising industry have considered the question and will try to come to an agreement on language to deal with those billboards. Whether the federal government will agree with that language is, however, unknown.

Marge Davis offered additionally that in the most recent year reviewed, Tennessee had 119 million domestic visitors to “authentic Tennessee,” spending a record $22 billion and generating $1.8 billion in state and local tax revenue.

Davis argued that billboards are not part of “authentic Tennessee,” with the exception of Rock City barns and neon on Broadway and Beale Street.

She also said she used OAAA’s national information to relay that top advertisers for their own brand promotion – Apple, GEICO, Netflix, Google, Amazon, Facebook, HBO, Disney – are not necessary for way-finding, with the exception of second-place McDonald’s.  “We need to protect, promote our own brand,” said Davis.

Chairman Howell had praise for TDOT and the outdoor advertising representatives for their efforts and cooperation.

He also mentioned that he has filed a place-holding “caption” bill that will address the 10 requirements of the federal government to preserve the state’s funding and satisfy the concerns of the beautification advocates.

About the bill, Chairman Howell said, “It’s important to me that we have a strong bill that balances protecting the state’s beauty while providing reasonable and fair regulation. Tennessee prides itself in recent years of being a very business friendly state.”

To that end, Chairman Howell added, “I’m looking for good policy,” which he said is not partisan, “that will benefit Tennessee and move us forward as a state.”

The Senate and House committee chairs, Senator Massey and Representative Howell respectively, both said they had been working on this for months and relayed a sense of urgency in resolving the situation and bringing something to the committees for consideration.

The video from the Senate Transportation and Safety Committee meeting can be watched here.

The video from the House Infrastucture Subcommittee meeting can be watched here.