Federal prosecutors in Washington, D.C., on Monday recommended that longtime Trump confidant Roger Stone serve up to nine years in prison following his conviction on false statements and witness tampering charges related to the Russia investigation.

In their court filing, prosecutors asserted that Stone deserved the multi-year sentence because “[f]oreign election interference is the ‘most deadly adversar[y] of republican government.’”

But despite linking Stone to foreign election meddling, the 67-year-old Republican political operative was never charged with working with Russia to influence the 2016 election.

Instead, the charges against Stone involved his testimony to the House Intelligence Committee about his interactions with associates regarding the topic of WikiLeaks, which released emails hacked from Democrats in 2016. Prosecutors said that Stone lied when he denied speaking with anyone on the Trump campaign about WikiLeaks. 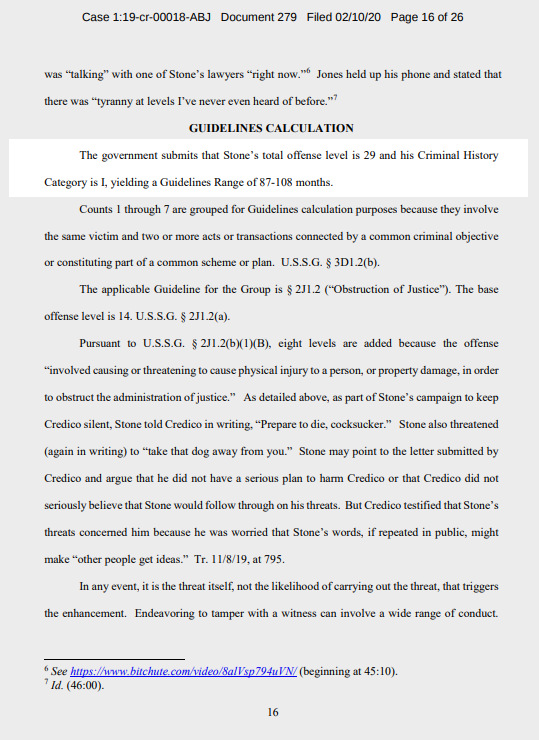 Stone was also convicted on charges that he obstructed the House investigation and tampered with a potential witness, Randy Credico.

Despite Democrats’ and the special counsel’s initial suspicions that Stone conspired with Russia or WikiLeaks, investigators found no evidence that the Trump associate had direct contact with anyone involved in stealing or disseminating Democrats’ emails. 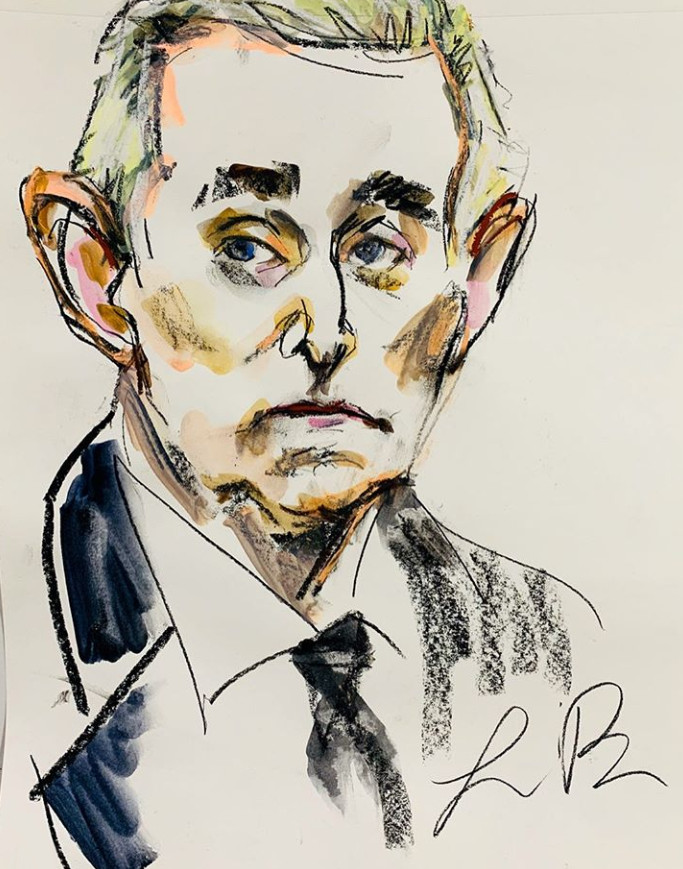 The special counsel’s report said that investigators found no evidence that any Trump associates worked with Russia or WikiLeaks to release Democrats’ emails.

Prosecutors, who recommended that Stone serve 87 months in jail at a minimum, argued in their filing that Stone, who was convicted at trial on Nov. 15, should serve additional jail time because of threatening messages he sent to Credico, a left-wing comedian who Stone has known since 2002.

Prosecutors alleged that Stone pressured Credico to plead the Fifth in order to avoid testifying to the House or special counsel about their discussions regarding WikiLeaks.

Despite Credico’s denials, text messages that he sent Stone in the days before WikiLeaks began releasing former Clinton campaign chairman John Podesta’s emails suggest that he had at least some prior knowledge that negative information for the Clinton campaign would be released. 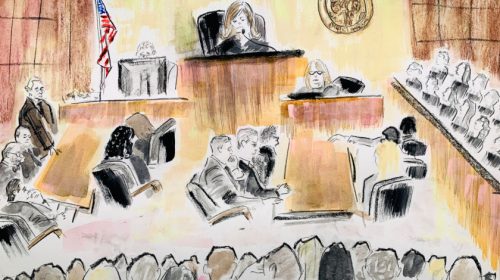 Credico, who testified at Stone’s trial, asked Judge Amy Berman Jackson in a letter on Jan. 20 asking her to sentence Stone only to probation, without jail time. He testified at trial and said in the letter that he did not feel physically threatened by Stone’s threats.

“Stone may point to the letter submitted by Credico and argue that he did not have a serious plan to harm Credico or that Credico did not seriously believe that Stone would follow through on his threats. But Credico testified that Stone’s threats concerned him because he was worried that Stone’s words, if repeated in public, might make ‘other people get ideas,’” they argued.

“In any event, it is the threat itself, not the likelihood of carrying out the threat, that triggers the enhancement,” prosecutors said.

Stone is likely to get a lighter sentence than what prosecutors are recommending, and President Donald Trump has not ruled out pardoning his longtime friend.

Prosecutors who handled the case of former Trump campaign chairman Paul Manafort recommended that he serve nearly 25 years in prison on a slew of tax evasion and bank fraud charges. He was ultimately sentenced to 7.5 years in jail.