Instead, Bloomberg went on to say, Trump is afraid of him. 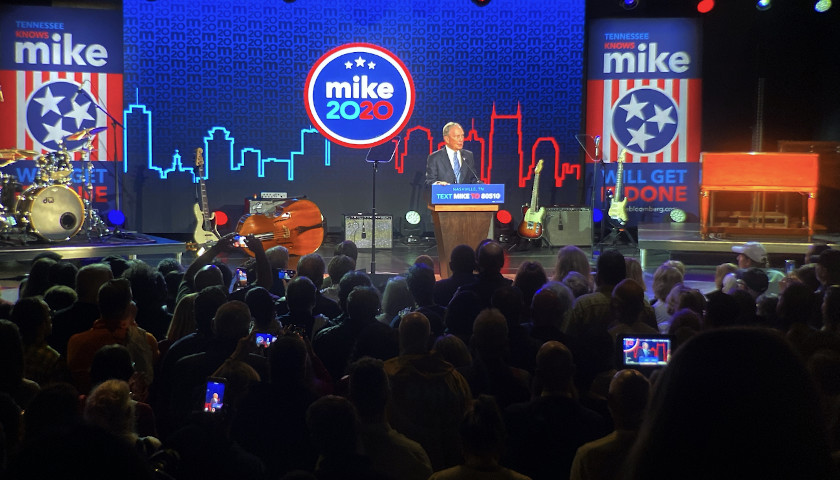 Bloomberg spoke to a large audience at Nashville’s Rocketown venue to explain why he believes he is the man to beat Trump.

Bloomberg promised that, if elected, he will have a sparring match with the National Rifle Association.

Bloomberg said he will implement more government initiatives to take on climate change. The billionaire also promised to raise taxes.

“I’ll raise the estate tax to generate some of the revenue we need to start fighting income inequality in this country,” the former New York City mayor told the audience.

Bloomberg went on to call Trump “the world’s biggest schoolyard bully with no respect for civility, decency, and facts or honesty.”

“This is a national emergency, and if we have four more years of the current occupant at 1600 Pennsylvania Avenue I don’t know how we are going to recover. The stakes couldn’t be higher,” he said.

“We just have to find a way to defeat Donald Trump by appealing to the broadest coalition possible of Americans of all backgrounds and all parties to stand shoulder-to-shoulder. The way to defeat Trump is with workable, sensible solutions to our biggest challenges.”

Bloomberg appeared in Chattanooga earlier in the day.

While there, according to Politico.com, Bloomberg addressed his past stop-and-frisk policies and past blaming of minorities for inner-city-crime, saying those actions do not reflect “how I led the most diverse city in the nation.”

More than 1,000 people reportedly showed up for the Chattanooga event.

Bloomberg told his Nashville audience that he has campaigned for president in 60 cities in 25 states since he last campaigned in Nashville in December.

Bloomberg said he will next travel to Winston-Salem, North Carolina.