LEBANON, Tennessee — Wilson County commissioners did their constituents a big disservice last month when they tabled a resolution that would have opposed Tennessee Republican Gov. Bill Lee on the issue of refugee resettlement.

This, according to former Wilson County GOP Chair Terri Nicholson (pictured above).

And, as Nicholson went on to say at a town hall meeting in Lebanon Monday night, Wilson County residents could, potentially, suffer great consequences. 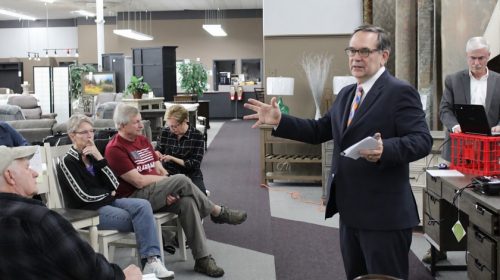 Barnett delivered an extensive and detailed presentation on the history and costs of the Refugee Admissions Program, which began 40 years ago with the passage of the Refugee Act of 1980.

More than 3 million refugees have been legally resettled in the United States under that program over four decades, Barnett said.

The Tennessee Star will run a full story on Barnett’s presentation tomorrow.

Nicholson began the evening with pointed remarks on the tabling of the resolution to vote “no” on refugee resettlement by the Wilson County Commission on January 27.

Because of Nashville’s lack of affordable housing, Nicholson told the highly engaged audience that refugees could come 30 miles east, to Wilson County, and other outlying counties.

“There is not a single reason (for county commissioners) to avoid signing that resolution. Not a single reason. It doesn’t matter what party you are. This has to do with the infrastructure of Wilson County,” Nicholson told the audience.

“A resolution is nothing more than a New Year’s resolution. That’s what this is. This is just a resolution making it clear saying ‘Hey Gov. Lee. We’re not willing and able right now to accept refugees. We have to focus on our own.’ And there are several counties that have signed on to that, and they have the same issue.”

The county commissioners who voted to table the resolution, Nicholson went on to say, might just lose their next elections, which are two years away.

Some members of the audience said they worried about the federal government’s lack of an effective vetting process for which refugees get into the United States — and which do not.

One audience member suggested everyone in the room organize and let county commissioners know just how much they want them to vote on that recently-tabled resolution. 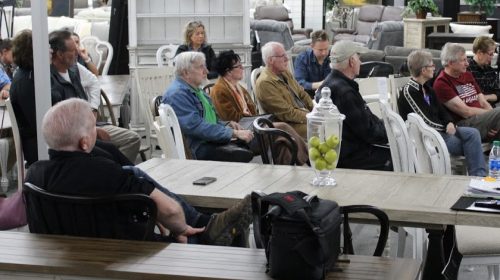 Lee, as reported, wants to continue resettling refugees throughout the state.

One commissioner said this is not something the county government ought to work on and that this is instead a national and state issue.

The full commission’s vote was a stark contrast to how members of the county’s Legislative Committee voted on the matter earlier that month.

As The Tennessee Star reported, there was no conflict or drama at that Legislative Committee meeting as all five committee members voted unanimously to oppose Lee on refugee resettlement.

Commissioners at that Legislative Committee meeting took less than five minutes to discuss the matter. At that meeting, committee members said they couldn’t believe Lee didn’t approach state legislators first before he decided Tennessee would continue to allow refugee resettlement around the state. 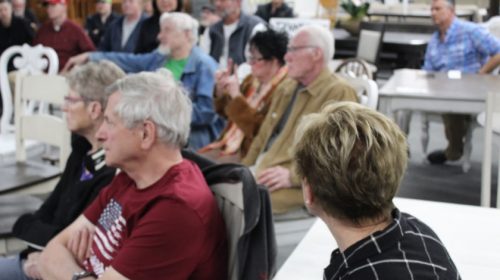 Other committee members stated flat out they think of Lee’s directive as an unfunded mandate.

They said communities such as Lebanon and Watertown are already struggling to make it with what they have, and they cannot afford to take in more refugees.

Gov. Lee cited his Christian faith as one of his reasons for taking in more refugees.