Friday morning on The Tennessee Star Report with Michael Patrick Leahy – broadcast on Nashville’s Talk Radio 98.3 and 1510 WLAC weekdays from 5:00 a.m. to 8:00 a.m. – Leahy was joined in studio by the all-star panelist, Ben Cunningham.

During the second hour, Leahy discussed his love for Leahy, a music group comprised of members of a family with the same last name as his that plays Celtic-Canadian music. The group members may well be his distant cousins, though he does not have any documentary evidence to prove it.

Leahy informed listeners that the group will be performing live next Saturday night in downtown Franklin at the Franklin Theatre and encouraged folks to come out.

Leahy: And Ben, you thought this was a political talk show.  That was a musical group that does Celtic-Canadian music called…Leahy. L-E-A-H-Y.

Cunnigham: Are they from your area up there where you grew up? 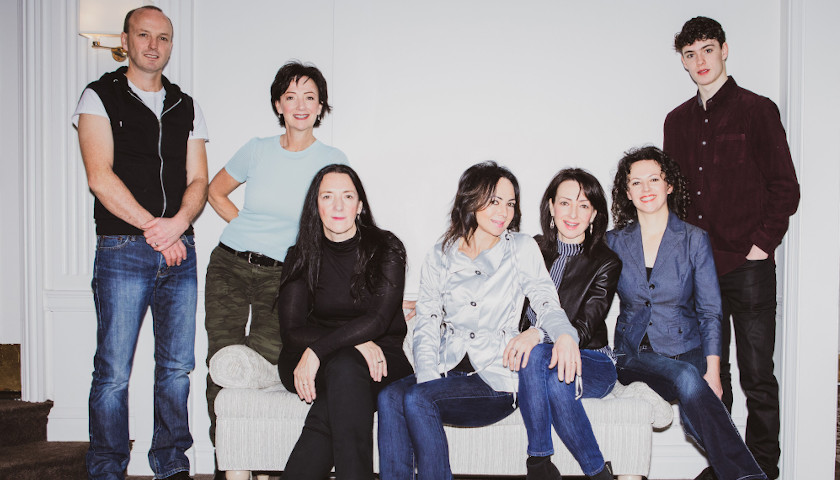 Leahy: They are mostly from Cork County. We’re from Tipperary back. Our people back four generations. My great great grandfather. I talked to one of the sisters there. That’s the Leahy family. A wonderful musically talented family. They live in Peterborough, Ontario. They’ve lived there since the 1820s. It’s eight sisters and three brothers.

Cunningham: Eight sisters and three brothers? Out of one family?

Leahy: Yes. And they’re all very talented. Six of the sisters perform and one of the brothers and his son perform. And they’ll be here next Saturday in Franklin. And I’m going! I’m going to see my distant cousins!

Leahy: Now I talked to one of the sisters yesterday, Christine Leahy. And we determined that we probably are very distant cousins.

Cunningham: Oh yeah. You’ve got to be somewhere back there.

So we’ve decided whether or not we really are, we are going to claim it! And so I’m going. I love the music. But I’m not a music guy. But there’s something about this eery Celtic thing. They’ve got sort of the Canadian Catholic-Irish version of it.

Leahy: And historically people in the 1400-1500s moved to Northern Ireland. They staid Protestant. And all the troubles there between the Irish-Catholic. Scotts-Irish populated all the southern United States and those tunes really became the basis of American country music.

Leahy: Andrew Jackson was Scotts-Irish. There’s a real interconnect. I personally, because my dad was born in Canada in Hemmingford, Quebec. Their music just reaches me. It resonates with me. It’s beautiful. I love it. I’m going to be there. We’re going to cover it. We’re going to have next week Ben, it’s going to be all Leahy all the time here on The Tennessee Star Report.

Leahy: But wait! There’s more! So I called up the people at Franklin Theatre and I talked to the folks at the Leahy, the musical group. And I said look, I love this stuff and I’ve got this radio show in the morning and a lot of people listen to it.

And I said I would like to promote this event. We’re going to go and do stories. Our photographer is going to be there. There is going to be a special meet and greet after the concert.

Cunningham: What’s the time for the concert?

Cunningham: This is a perfect opportunity to go to downtown Franklin. Downtown Franklin is a really great place to go and have a night out. Go have dinner and then go to the concert. It would really be a special occasion. 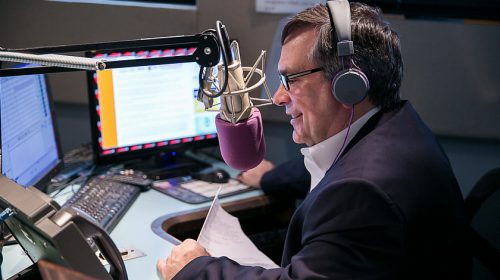 Dad’s bringing them to something cool. It’s amazing. It’s never happened before. It’s very cool. The music is fabulous. I love it. And I think our listeners would enjoy it. I talked to the folks at Franklin Theatre and the Leahy musical group team and said look, I think my listeners would like to come.

So we have a special deal for our listeners. It’s free tickets and there’s a meet and greet afterward. I’ll sit around, and we’ll talk to them. It will be part of my extended family and have a great evening of fabulous Celtic-Canadian music.

I have tickets to give away to our listeners right now. But I haven’t decided on how to do it. So I think what I’m going to do is this. (Leahy asks listeners to call in) Come on the air and tell us why you should get today’s two tickets. I don’t know. (Cunningham laughs) Is that OK? And we’ll pick the best one.

Listen to the second hour here: