State Rep. Andy Holt (R-Dresden) has introduced a bill intended to address, among other things, events like the Drag Queen Story Hours at the state’s public libraries.

Holt’s bill, the Parental Oversight of Public Libraries Act, would create a parental library review board for any library that takes state or federal money. This law would pertain to public libraries that provide access to age-inappropriate sexual material, including “nudity, sexuality, sexual conduct, sexual excitement, or sadomasochistic abuse.”

To meet these standards this material must, according to Holt’s bill, appeal to the prurient interests of minors and/or offend prevailing standards in the adult community with respect to what is appropriate for minors.

Additionally, taken as a whole, it must lack “serious literary, artistic, political, or scientific value for minors,” according to the legislation. 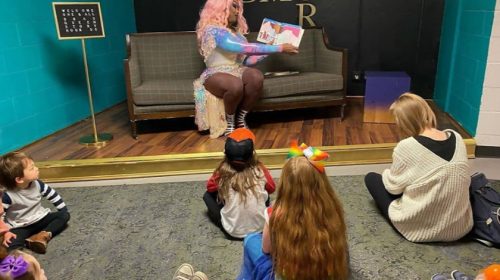 “Each parental library review board will consist of five adult members who reside in the county or municipality served by the public library. The board members will be selected in elections with the five individuals who receive the highest number of votes being elected to two-year terms,” according to the bill’s language.

“This bill requires parental library review boards to determine whether any sexual material provided to the public by the public library is age-inappropriate sexual material. Any such determination must include a public hearing wherein public comments are accepted. This bill authorizes parental library review boards to order any material deemed to be age-inappropriate sexual material to be removed from public access by minors at the public library. A board’s removal order will not be subject to any form of appeal or review other than through the courts.”

Any public library employees who fail to comply with or violate this proposed law will face a Class A misdemeanor offense, punishable by a maximum fine of $500, incarceration, or both, according to Holt’s bill.

Holt’s bill also removes eligibility for state funding from any public library that allows minors to access age-inappropriate sexual material in violation of this bill.

Holt reportedly told The Jackson Sun, that his bill “isn’t aimed at books or other traditional materials offered by libraries.”

“I think our libraries have a good handle on that right now,” Holt reportedly said.

“There’s certain books you know you won’t find in the children and youth reading sections that are available, although I’m not sure if they could actually check them out.

“But that kind of material isn’t targeted to children.”

Holt reportedly said he worried about other types of material.

“There haven’t been many, but there have been a few come to Tennessee. This bill is trying to create panels to decide for themselves – at the local level – what is and what is not age appropriate as far as presentations in libraries.”