On June 1 of next year, the city of Tulsa, Oklahoma, will mark the centennial of a catastrophe – an entirely man-made one. More specifically, an entirely thought-made one. It will be very painful to acknowledge. In its immediate aftermath, in fact, Tulsans of a few generations ago tried hard to ignore and forget it. But you can’t learn from history if you choose to pretend it never happened. So the story must and shall be told.

The event was a single night of violent, race-inspired rage that left hundreds dead and caused property damage in the millions of dollars. For years, the event was known as the Tulsa Race Riot of 1921, but in recent years it was given a new name: the Tulsa Race Massacre.

Readers can determine for themselves which name is more appropriate, but here is a description of the event from historian Scott Ellsworth:

Overnight, over one thousand homes occupied by blacks had been destroyed in Tulsa. The Greenwood business district had been put to the torch. The city had been placed under martial law. Many, both black and white, had died or were wounded. The history of the Tulsa race riot is but one chapter in the troubled history of racial violence in America. In terms of density of destruction and ratio of casualties to population, it has probably not been equaled by any riot in the United States in this century.

Today, the Greenwood Cultural Center in Tulsa describes it as “a hotbed for jazz and blues, and the site where Count Basie first encountered big-band jazz,” as well as “the richest African-American neighborhood in North America.”

An oil boom in Oklahoma fueled a massive expansion of the region’s growth at the turn of the century. On the eve of statehood in 1907, Oklahoma’s wells were out-producing those of every other state or territory. One stunning measure of growth was Tulsa’s population, which in 1900 was a mere 1,390. A decade later it stood at 18,182.

By the time of the 1921 riot, Tulsa had soared to an astonishing 98,874 – more than 70 times its size of just 20 years earlier, an increase virtually unmatched by any other town in America. Blacks comprised just under 12 percent of the city in 1921 (about 11,000 people), concentrated both by law and white racism to the area north of the St. Louis & San Francisco (the “Frisco”) Railroad tracks.

In practical terms, Tulsa was two towns in one; at night, whites stayed home south of the tracks, while blacks retreated to their homes just a few blocks north. Historian Randy Krehbiel writes:

Most black Tulsans made their living…as domestic workers, cooks, waiters, porters, shoeshines, laborers, truck drivers. Some were in the building trades, skilled and semiskilled: plumbers, carpenters, mechanics, bricklayers. They worked for whites, by and large, but were not bound to them. They could leave a job they did not like, could spend money with whomever they wanted. Mostly, they spent it in Greenwood [the Black Wall Street area]. It was not that downtown businesses necessarily barred African Americans; some did, especially restaurants and hotels, and stores that did not outright refuse service to blacks often humiliated them. But, in the end, most were more than willing to take black people’s money.

Against the Government-Imposed Odds

Racism, the undeniable backdrop and precursor to the violence of June 1921, wasn’t new to Oklahoma. The territorial legislature had passed its first Jim Crow laws in 1890, years before achieving statehood in 1907. Later, the state even became the first in the country to segregate its telephone booths by statute. Legislators in 1910 passed a law intending to prevent Oklahoma blacks from voting, but it was declared unconstitutional by the Supreme Court five years later.

Local ordinances often made it difficult for blacks to start a business or patronize white enterprises or to avail themselves of public services. Some whites resented it when they saw many black families prospering despite the legal and cultural obstacles.

Let’s not pick on Oklahoma, however. The economic progress blacks were making around the country at the turn of the century prompted a white backlash almost everywhere. Racism tends to be tempered in free markets because it’s economically disadvantageous to turn down customers, workers, goods, or services for reasons of color. So racists often turned to the government to do the prejudice-based segregating for them. Northern cities like Boston and Chicago were not immune to this hateful impulse.

Moreover, we shouldn’t forget that during this period racism and segregation were promoted by the president of the United States, “progressive” Woodrow Wilson. During his administration, black postal workers across the country lost their jobs, and federal agencies adopted segregation. Wilson even hosted a screening at the White House of D. W. Griffith’s pro-KKK film The Birth of a Nation – and boasted afterward about how good it was.

The spark that set Tulsa on fire involved a 19-year-old black shoe shiner named Dick Rowland who worked in the white section of town. By arrangement, he had permission to use a men’s room in the Drexel Building where a 17-year-old white girl, Sarah Page, operated the elevator. The two often spoke to each other, but on May 30, 1921, between the first and third floors, Sarah let out a scream. Some, including Rowland, say he tripped and fell against her. Sarah herself was ambivalent and later refused to press charges. In any event, though the girl was completely unharmed, her cry was heard by a store clerk, and it produced a quick cascade of events.

Rowland was arrested the next morning and remanded to the Tulsa County Jail. That same day, the Tulsa Tribune headlined its editorial, “To Lynch Negro Tonight.” A menacing crowd of armed whites surrounded the jail on the evening of May 31 to demand that Rowland be turned over to them. The sheriff refused. Seeing a black man in the street with a pistol, a white civilian tried to take the firearm away. The black man refused to disarm, insisting on his right to bear a weapon in self-defense. In the subsequent scuffle, the pistol discharged. Then all hell broke loose. In short order, Tulsans shot fellow Tulsans, many hundreds in all. White mobs invaded the black district, torching businesses, homes, and churches and shooting men, women, and children in cold blood.

In the early morning hours of June 1, 1921, almost all of Black Wall Street and nearby blocks of black residences became – well, just black. Black from the ash and soot of burned-out buildings. Gone were such popular landmarks as the Dreamland Theater, a 900-seat auditorium owned by respected black entrepreneurs John and Loula Williams. Even the new, impressive Mt. Zion Church, dedicated only weeks before, was reduced to embers by white mobs.

The Murder of Dr. Jackson

One story I’ll never be able to put out of my mind is that of a gentle and extraordinary physician, 40-year-old Dr. Andrew C. Jackson. The Mayo brothers (of Mayo Clinic fame) regarded him as “the most able Negro surgeon in America.” He tended to patients of all races. Some of the surgical tools he invented are, with modern modifications, still in use in hospitals today. 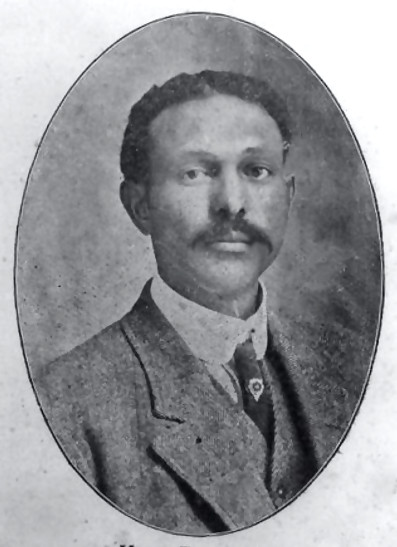 The mayhem of that terrible night was nearly finished when, according to a white neighbor friend, Dr. Jackson emerged from his smoldering home with his hands in the air. “That’s Dr. Jackson! Don’t shoot him!” shouted one of several young whites who were still roaming the streets. It didn’t matter. Two of them aimed and fired their pistols. Three bullets in him, Jackson crumpled to the ground, where he lay unattended. He soon bled to death.

Most of the books on the riot include a photo or two of Dr. Jackson. I find myself staring at those pictures. I’m drawn to the eyes in particular. They seem to speak, “I’m a healer. I love life. I love my family. I love the stricken whom I help with all I’ve got. I wouldn’t hurt a flea.” Where, oh where, I ask, does the poison come from that would take this man’s life because of the color of his skin? The very thought rattles me to the bone. Dr. Jackson’s killers were never identified and never brought to justice.

Angry blacks inflicted death and destruction on the white community, too, but the mayhem was overwhelmingly white-on-black and occurred north of the Frisco tracks. Believe it or not, several whites who owned private planes took to the air to strafe the streets in black areas. One plane even dropped lit dynamite sticks on black-owned buildings.

The white assailants represented a small minority of Tulsa whites, even if they shared some of the same prejudices with the majority. And there were white heroes, too—the men and women who tried to stop the violence or sheltered blacks from the worst of it.

HBO’s recent television series, Watchmen, is set in 2019 in Tulsa, but the opening episode includes chilling throwbacks to the riot of 1921.

The Greenwood Cultural Center today documents the stunning aftermath of the riot:

Amazingly, and against all odds, the Greenwood District prevailed. Without a single penny from the city, the county, the state, or the federal governments, and with every single insurance claim categorically denied, the District came back stronger than ever. In fact, less than a decade after the destruction, there were over 100 MORE active businesses in the district than there were before.

The recovery of Black Wall Street is even more remarkable considering two factors that worked against it: the flight of many displaced blacks to other cities and states; and efforts by racists and opportunists to use city government to prevent it. One such effort involved a new fire code that, had it not been defeated, would have denied property owners the right to rebuild with wood. (Its advocates knew that blacks couldn’t afford more expensive building materials.)

While reading several books on the riot, I found myself gripped by sadness and anger. This collectivist business of hating people by group is more than just despicable. It’s anti-human. That may be especially apparent and widely acknowledged now, but it wasn’t back then. And, by the way, it’s no different than the vicious class warfare being waged rhetorically by some of our politicians and academics these days – the ones who tell us incessantly to hate all billionaires. How can you claim to be an enlightened citizen if you judge people by the group they’re in rather than judge each individual, as MLK advised us, “by the content of his character”?

The violence of Tulsa would not have been possible in the absence of collectivist groupthink, of looking upon fellow citizens as mere blobs of one color or another.

All who witnessed the 1921 riot—as perpetrators, victims or spectators – have now passed on, as far as we know, but Tulsa remembers. The Greenwood Cultural Center bills itself as “the keeper of the flame for the Black Wall Street era” and maintains a fine museum in Tulsa and a robust website.

In 2021, events in the city will tell the story of what happened on June 1 a century before. The dead will not be forgotten.

Lawrence W. Reed is President Emeritus, Humphreys Family Senior Fellow, and Ron Manners Ambassador for Global Liberty at the Foundation for Economic Education. He is also author of Real Heroes: Incredible True Stories of Courage, Character, and Conviction and Excuse Me, Professor: Challenging the Myths of Progressivism. Follow on Twitter and Like on Facebook.

Originally published at and reprinted with permission from FEE.org

One Thought to “Commentary: The Tulsa Race Massacre of 1921 Was a Mindless Rage of Collectivist Groupthink”