Washington Post media columnist Margaret Sullivan recently opined that journalists should not be preoccupied with objectivity with their reporting as the country enters the “Trump Unbound” era. In doing so, Sullivan bolstered and further legitimized the president’s continued battle against what he calls the “Fake News Media.” Specifically, Sullivan writes:

Call it Trump Unbound. In this new era, Trump has declared himself the nation’s chief law enforcement official. He has pardoned a raft of corrupt officials. He has exacted revenge on those he sees as his impeachment enemies. In other words, we are in entirely new territory now. Should the news media continue as usual? Should it retain its own traditions as the nation slides toward autocracy? Should it treat the Trump presidency as pretty much the usual thing, with a few more fact-checks and the occasional use of a word like “lie?” No. We need a new and better approach if we’re going to do our jobs adequately.

I’m talking about the kind of fairness that serves the public by describing the world we report on in honest and direct terms—not the phony kind of fairness that tries to duck out of difficult decisions by giving ‘both sides’ of an argument equal time, regardless of their truth or merit.”

In this new era, my prescription is less false equivalence, more high-impact language and more willingness to take a stand for democracy. With Trump unbound, the news media need to change. Yes, radically. The stakes are too high not to.

Sullivan appears to be saying that journalists must report the news in honest and direct terms but that the idea of fairness and listening to both sides is not necessary during the Trump-era because it creates a “false equivalence.” Stated differently, the Orange Man is so bad that the media should no longer bother trying to cover him objectively because doing so creates a phony sense of fairness for someone who doesn’t deserve it.

In Sullivan’s world, the media should only report on what it deems to be the truth and should use high-impact language when doing so.

Sullivan’s approach is not a novel one. The only difference between Sullivan and many of the other left-wing media mouthpieces is that she came out and publicly stated what many of the other networks are already thinking and practicing. 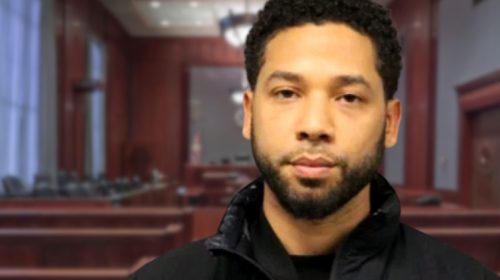 For example, when Jussie Smollett claimed he was beaten up and that he was the subject of a hate crime, various Hollywood Democrats and media outlets used this uncorroborated and unverified story to blame the president. As the Boston Herald reported, one editor at the Washington Post wrote that the attack was “yet another reminder that Trump’s ascendance and the resulting climate of hate has meant that lives have been increasingly at stake since 2015.”

Smollett has since been charged for having orchestrated his own “attack.”

Additionally, when reporting on the incident on the National Mall involving MAGA hat-wearing student Nick Sandmann, several media outlets played one or more videos edited to portray him and the other Covington Catholic High School students as aggressors. After Sandmann was berated, ridiculed, villainized, and criticized for days in the national media, the facts ultimately revealed the real perpetrators and exonerated Sandmann and the rest of the students.

Sandmann has sued several media organizations and in January, CNN reached an undisclosed settlement with him. The other lawsuits are ongoing.

Then, of course, there were the Brett Kavanaugh Supreme Court confirmation hearings. Many in the media, abetted by Democrats in Congress, took it upon themselves to all but convict the judge of sexual misconduct without a scintilla of proof and without even affording him anything approximating due process. All of the allegations against Kavanaugh were uncorroborated. Some of the women who accused Kavanaugh later admitted to fabricating their stories.

The judge and his family were embarrassed, humiliated, threatened, and shamed on the national and world stage. Given that Kavanaugh was a Trump appointee, however, everything was “fair game.” Fortunately—and despite the obvious bias against Kavanaugh and President Trump—he was rightly confirmed to sit on the high court.

There are lots of reasons fewer people are watching network news, and one of them, I’m more convinced than ever, is that our viewers simply don’t trust us. And for good reason. The old argument that the networks and other “media elites” have a liberal bias is so blatantly true that it’s hardly worth discussing anymore. No, we don’t sit around in dark corners and plan strategies on how we’re going to slant the news. We don’t have to. It comes naturally to most reporters.

This is incredibly sad and unfortunate, yet it is today’s reality. Absent some standouts, objective reporting seems to be a thing of the past. “Fake news” is real and it’s likely to get worse.

Elad Hakim is a writer and a practicing attorney in Florida.