NASHVILLE, Tennessee – Rarely do I agree to write a story on a person based on one single. But when I heard the song “Stronger Than That,” it was a no-brainer for me. I knew I had to interview this up and coming artist. Andrew Hopson is a true country boy from Tazewell, Tennessee (located where Virginia meets Kentucky), whose music will bring you back to the traditional honky-tonk sounds of Hank, Willie, and Waylon. 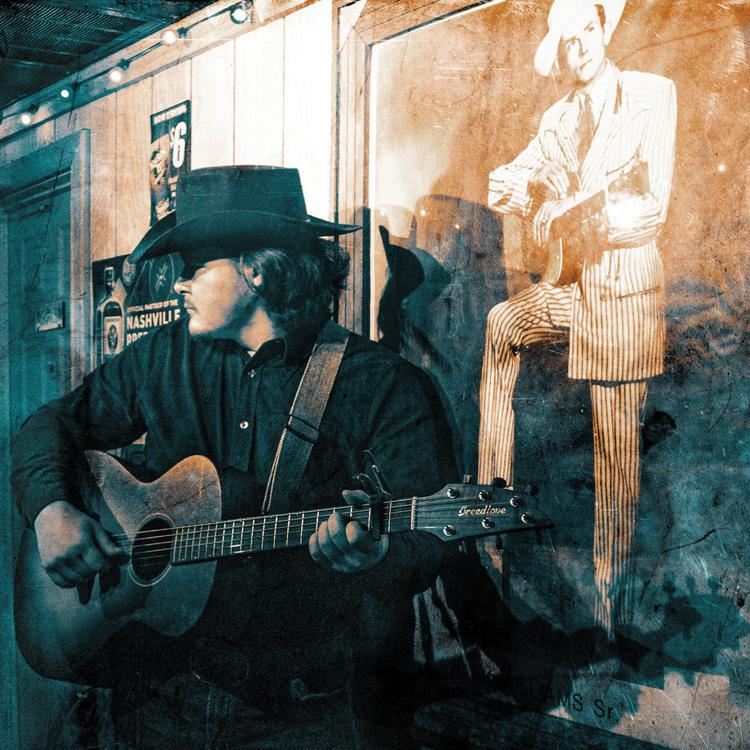 At only 6 months old, Hopson was adopted by a single mother, who later went on to adopt his biological brother as well, raising them on her own.

“I was really young, every morning when I would wake up, Mom would always have Willie Nelson and Waylon Jennings playing on the radio in the house. That’s the kind of country music that I grew up around, the traditional stuff,” he said.

Hopson learned to play his brother’s guitar at age seven when he didn’t take to piano lessons. When he first started, he learned on an electric guitar which is why his music has roots in classic rock. He learned to play about every song from the 1960s to the 1990s if it was rock and roll. He didn’t even consider singing until he was about 17 years old. However, when he did decide to sing the native Tennessean said, “If I’m gonna sing, I probably need to do country because I can’t really get over the accent.”

Toward the end of his last year in high school, he had no idea what he wanted to do, “I went to Walters State Community College, and I had trouble picking a major,” he recalled. “My mother said I loved playing music, so I decided to go for it.”

“The first few trips I took down there, [to Nashville] she was trying to get me to learn how it all works,” he said.

Harris introduced him to songwriters. She told him, “Being a good songwriter is one of the best things you can do. So that is something I’ve been focusing on a lot lately.” She introduced him to Steve O’Brien who became a mentor and co-writer with Hopson.

Hopson officially started his career when he with the release of his single “Paint the Town Redneck,” a cover of a hit song by country artist John Michael Montgomery, co-penned by Steve O’Brien.

Hopson then performed on the CDX Listening Party – a venue that features the latest works by both stars in the industry and newcomers who fit the Indie singer/songwriter genre. While there, he was allowed to showcase the Hopson/O’Brien original “Stronger than That.” This song is a “raucous tale” of what often happens at any honky-tonk in America, complete with the usual culprits of beer, girls, and friends. By the week of March 20, “Stronger Than That” reached number nine  according to PLAY MPE. It was released to country radio on March 27.

However, at the time when this newcomer’s star was quickly rising, COVID-19 hit Tennessee/the United States and the world and any touring that would usually accompany the release of a new single was not to be. Yet, because of music streaming, even a world-wide pandemic can’t stop this baritone who sounds like a lot like Chris Young but composes song lyrics reminiscent of Hank Williams, Sr.

The 21-year-old is ready to finish recording his first album, New to Neon, with ten songs set to go, but everything is currently on hold in the music industry and America. Yet he was able to record/release two singles before the virus hit and I have downloaded them both already. I wait with anticipation for his new stuff because I know, Hopson is going places.