Due to the coronavirus pandemic, the state of Ohio has been in an effective shutdown for 12 days. Governor DeWine and Ohio Department of Health (ODH) Director Amy Acton have, on several occasions, referred to an evolving series of slides depicting what they say are projections of the number cases of the coronavirus disease in Ohio between March 1 and the end of May to justify these extraordinary actions.

However, despite repeated requests by The Ohio Star, there has been a lack of transparency about the data used to make these projections, as well as the people studyin.

The ramifications of the “data driven” policy decisions – like the Stay-at-Home order – have been immediate and life-altering for many. In the last two weeks alone, 468,414 people have filed for government assistance. The number of unemployment requests will continue to increase as Ohio is under a “stay-at-home” order until May 1 – five days after the state’s Department of Health say will be the peak of the virus’ impact on April 25.

One slide used by ODH Director Acton disclosed that the data the ODH has been using in its projections came from Ohio State University (OSU)’s Infectious Disease Institute (IDI). However, ODH has not specifically named the epidemiologists who are responsible for the data in the projections, nor has it provided any details on the assumptions and methodology behind these projections.

On March 25, when the “Flattening the Curve” projection slide was first unveiled, OHD said the information came from a preliminary model done by the IDI.

But the methodology of that preliminary model remains a secret. 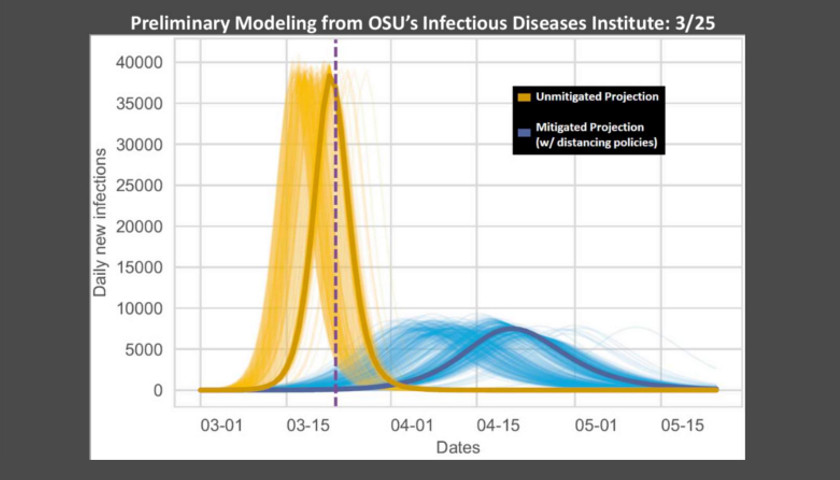 Two days, later the projection slide described the information as coming from epidemiologist researchers at OSU. 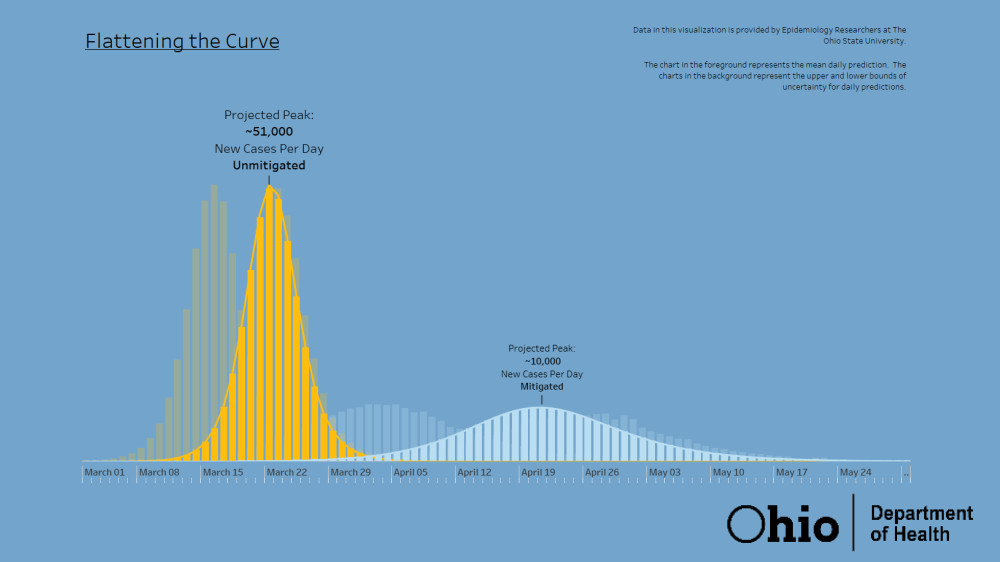 The most recent slide ODH has used for its “Flattening the Curve” projection shows that the information as coming from quantitative epidemiologists at OSU’s IDI.

Notably, the projected new coronavirus cases per day presented in this most recent slide appear to suggest that about 2,000 new cases per day were projected in Ohio for Sunday, April 5. In point of fact, however, the actual new cases of coronavirus that were identified on Sunday April 5, were only 304, according to data from the OHD website, as tracked in the COVID-19 project website. 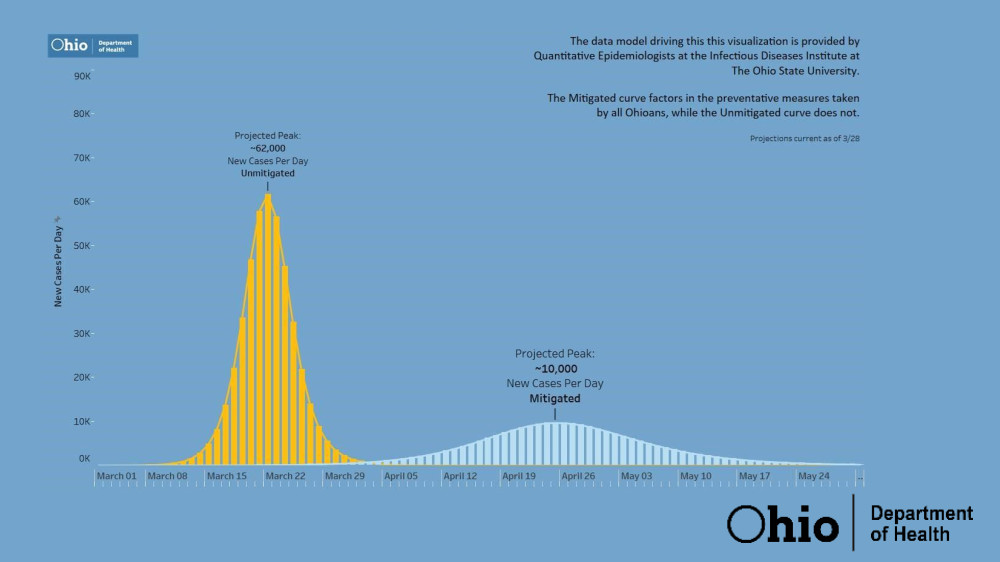 With this little information, The Star tried to see how many “epidemiologists” or “quantitative epidemiologists” the OSU’s IDI has working for it. The results came back showing that not many doctors or professors who fit these two categories appear on its website.

Both of these searches turned up nothing on the department’s website.

After these search terms did not work, The Star decided to search the phrase “epidemiology.” This phrase included nine names of people who fit this term on OSU’s IDI website. However, only two of these faculty members, Don Hayes and Shaina Heicht, study humans and not animals.

Out of these two, Heicht was the only one who had an area of expertise in infectious diseases.

When all three of these terms showed little results, The Star searched the term “epidemic modeling” and three names popped up that had infectious disease expertise: Courtney Herbert, Joseph Tien and Mark Weir.

Herbert works as the “Department of Biomedical Informatics and continues to practice clinical medicine as an attending physician in the Division of Infectious Diseases in the Department of Internal Medicine,” according to her information page.

Tien’s information page shows that he works with the Mathematical Biosciences Institute and the Division of Epidemiology. Also, he is the co-director of the IDI’s Ecology, Epidemiology, and Population Health Thematic Program of the Infectious Diseases Institute.

Weir is the director of the IDI’s Ecology Epidemiology and Population Health Program. In 2017, he published a paper about disease transmission models in 2017, according to his professor profile page.

Previously, Professor Gregorz Rempala, who teaches biostatics in the college of public health, confirmed to The Star that he has provided ODH out with his modeling. An epidemiologist who worked on Rempala’s peer-reviewed study was Eben Kenah, who teaches in the epidemiology department at OSU.