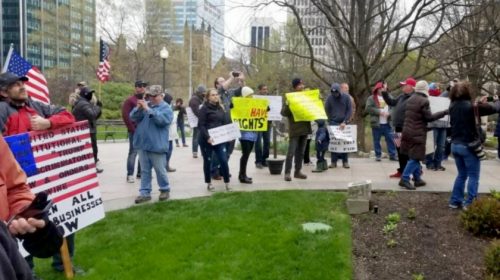 Approximately 150 people gathered outside the State Capitol in Columbus Monday to tell Gov. Mike DeWine and Health Department Director Amy Action that it’s past time to reopen the state.

Tom Zawistowski, president of Ohio Tea Party group We the People Convention, estimated the attendance, in an interview with The Ohio Star. This was the second such protest since last Thursday.

Many of the protestors called out, “You’re getting a paycheck, we’re not,” Zawistowski said.

The event was billed as “It Is Our Ohio: Who Will Be Strong and Stand and Take it Back?”

They were young people, families, older people, he said. They just want to go back to work.

The protestors also chanted, “Open Ohio Now!” They chanted for liberty and freedom. 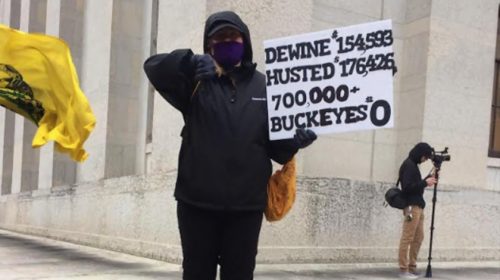 “The biggest thing is the economic fear,” Zawistowski said. Prior to Monday’s protest, We the People said on Facebook that “Governor DeWine said last Thursday, when about 100 protestors showed up, that we still have Free Speech! I certainly hope that many of you will take the opportunity to use it! Half of winning is just showing up! Please do!”

The feeling is that the protests will continue, Zawistowski said. Some protestors came last Thursday, and some said they will return. There is talk of holding the next protest on Saturday.

Despite their defiance, the atmosphere was peaceful, he said. The police were present, but did not interfere. The protestors moved around the outside of the statehouse. 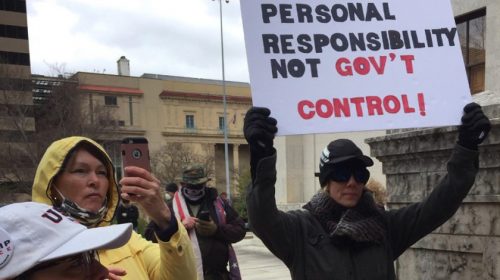 The protestors are getting some support from inside the statehouse.

DeWine and Acton continue to shut Ohio down despite the state being among the last in testing for the coronavirus.

On Monday, The Star reported that Ohio is 44th out of 50 states in terms of the number of tests performed per capita for the Chinese coronavirus, with 5,432 tests done for every person out of 1 million people. Those numbers are from Sunday’s report on Worldometers which tracks COVID-19 test results and related data. The information is available here.

Watch a short video sent to The Star: