Idaho Governor Brad Little signed into law the Fairness for Women in Sports Act, which bars biological men from competing in women’s athletics.

“The legislature finds that there are ‘inherent differences between men and women,’ and that these differences ‘remain cause for celebration, but not for denigration of the 19 members of either sex or for artificial constraints on an individual’s opportunity,'” the legislation, signed into law in late March, states, citing the Supreme Court case United States v. Virginia.

“Courts have recognized that the inherent, physiological differences between males and females result in different athletic capabilities,” it adds.

Athletic teams or sports designated for females, women, or girls shall not be open to students of the male sex. If disputed, a student may establish sex by presenting a signed physician’s statement that shall indicate the student’s sex-based solely on: (a) The student’s internal and external reproductive anatomy; (b) The student’s normal endogenously produced levels of testosterone; and (c) An analysis of the student’s genetic makeup. 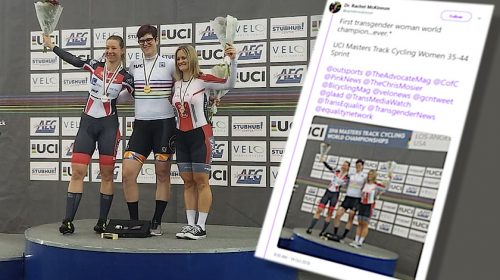 Idaho collegiate track and field athlete, Madi K. told Campus Reform she believes that  “this is the right move for Idaho.”

“I think more states should advocate for fair competition. I think this will allow sports to enforce fair competition once again and protect the opportunities of success for women that are meant to be protected by the 1972 Title IX educational amendments,” she added.

The student pushed back on suggestions that this type of legislation discriminates against transgender individuals, as many on the left have argued, saying “they have every opportunity that I have as a cisgender female, just in the male’s division.”

“If creating a separate division for them is realistic and possible then I would be for that as well. But until something like that is developed, biological males should stay on the males’ team to keep competition fair,” she added.

Gov. Little has made the step to proactively avoid this issue in his state, as more and more cases arise of biological men, who have transitioned to live as women, continue to win against biological women in athletic competitions. In late 2018, a biological male by the name of Rachel McKinnon won the cycling world championship. 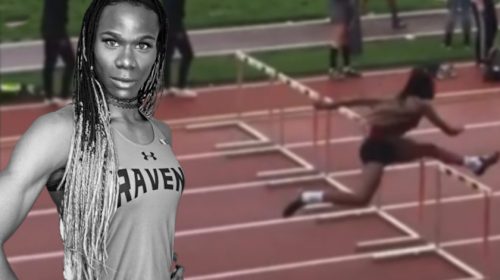 In spring 2019, transgender woman Cece Telfer (pictured left), who had competed as a man the year before, won the 400-meter hurdle race by more than a second in the NCAA Division II Championship.

A similar case in Connecticut case involves three girls and their mothers who filed a lawsuit against the state, represented by the Alliance Defending Freedom, over a state policy allowing transgender youth to compete on sports teams that align with their own gender identity. Two biological boys have taken home 15 state titles collectively since competing in girls’ track events.

Alliance Defending Freedom Senior Vice President of U.S. Legal Division Kristen Waggoner praised Little’s decision, saying “Girls deserve to compete on a level playing field. Allowing males to compete in girls’ sports destroys fair competition and women’s athletic opportunities. We commend Gov. Little for signing the Fairness for Women in Sports Act into law so that those opportunities will be protected in Idaho. When the law ignores biological differences, women and girls bear the brunt of the harm.”

Mickey Mertz is a Pennsylvania campus correspondent for CampusReform.org.