Mayor John Cooper’s budget for the 2021 Fiscal Year (FY) includes a five percent increase in spending, which will come at the expense of Nashville property owners by way of a 32 percent property tax increase.

The record-high budget of $2.45 billion is Cooper’s first, and comes on the heels of a devastating tornado on March 3 and during a worldwide coronavirus pandemic which resulted in major losses of personal property and income for Nashvillians.

While Cooper has had Nashville/Davidson County under a “Safer At Home” order since March 23 due to COVID-19, which has required that all “non-essential” businesses be shut down, the local government has seen a revenue shortfall.

The revenue shortfall for the current fiscal year ending June 1, 2020, is estimated at $215.8 million. Based on revenue numbers obtained from budget documents, at $13.6 million, less than 10 percent of the current shortage is from property taxes.

The additional “needs/requests” amount was pared down to a “minimum” $115.9 million in “funding needs,” according to the FY2021 budget presentation.

As typical for government, the starting point for the FY 2021 budget is the prior year’s budget plus projected growth in revenues.

However, the loss in revenue for FY 2021 due to COVID-19 and the tornado is estimated to be $280.6 million over the four major revenue categories:

The $280.6 million revenue shortfall for FY2021 along with the $115.9 million in additional “minimum funding needs” combines for a $332 million gap in Cooper’s budget.

A $1.00 addition to the current property tax rate of $3.1550 per $100 of assessed value will result in bills to Nashville property tax owners that are 32 percent higher.

Budget documents indicate that the property tax increase will shore up Cooper’s 4.97 percent budget increase over FY2020, for a total FY2021 recommended budget of $2.447 billion. 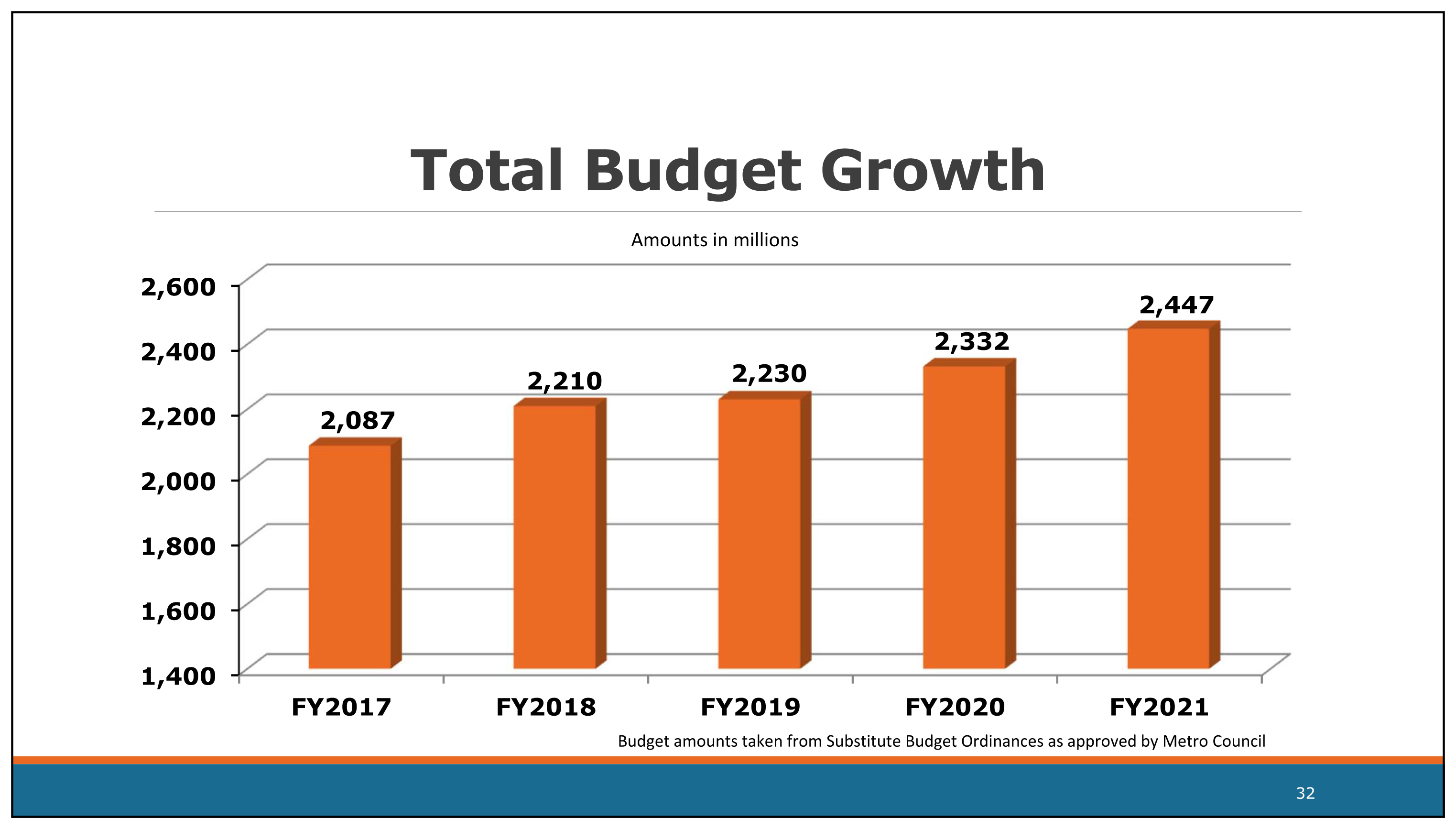 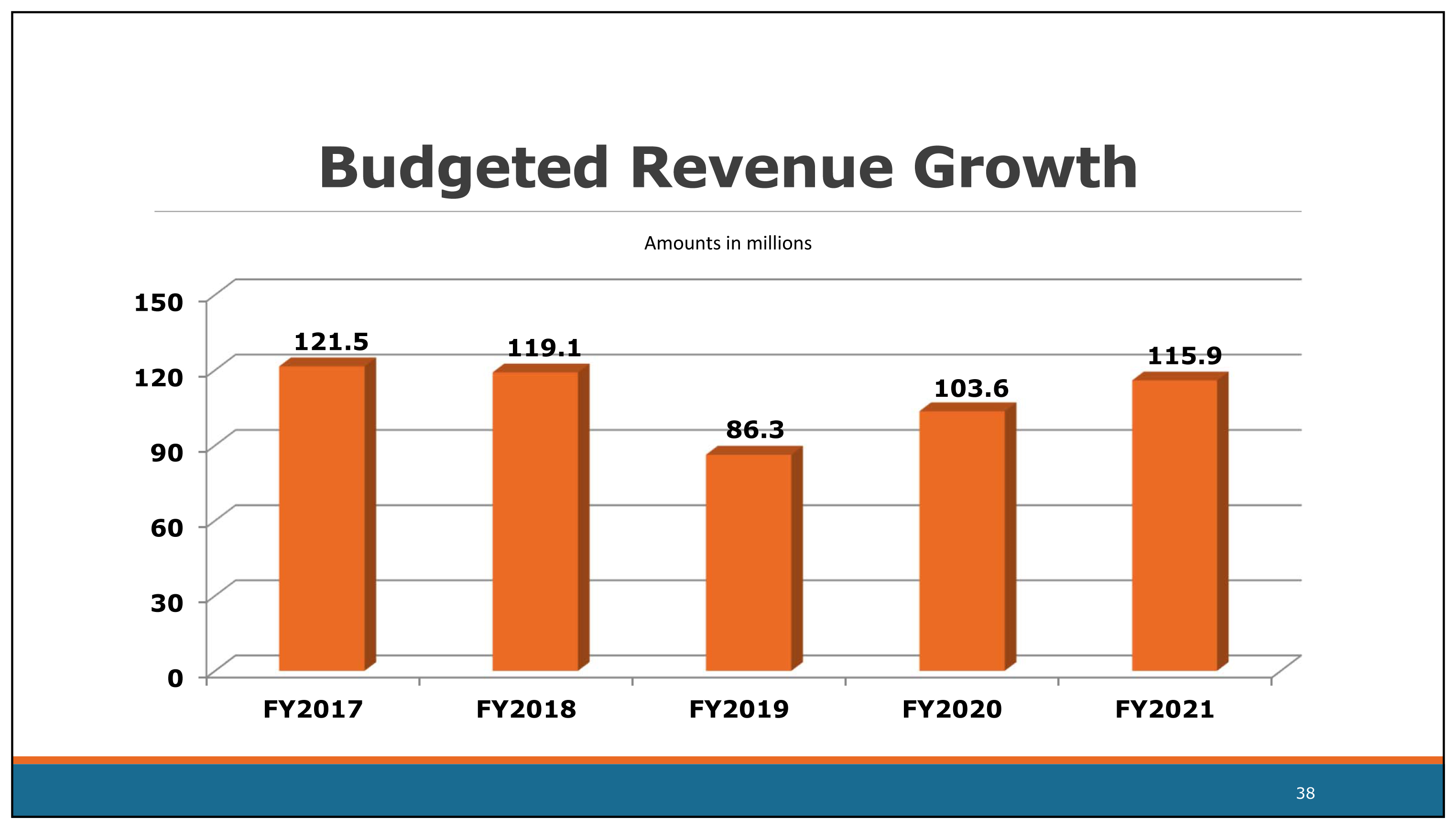 The property tax increase also represents a major shift in the balance of Nashville’s funding sources.

Currently, less than half of Nashville’s revenues – 45.7 percent – come from property owners.

After the property tax increase, Cooper will increase the share that Nashville’s property owners are burdened with to 58.8 percent of total funding. 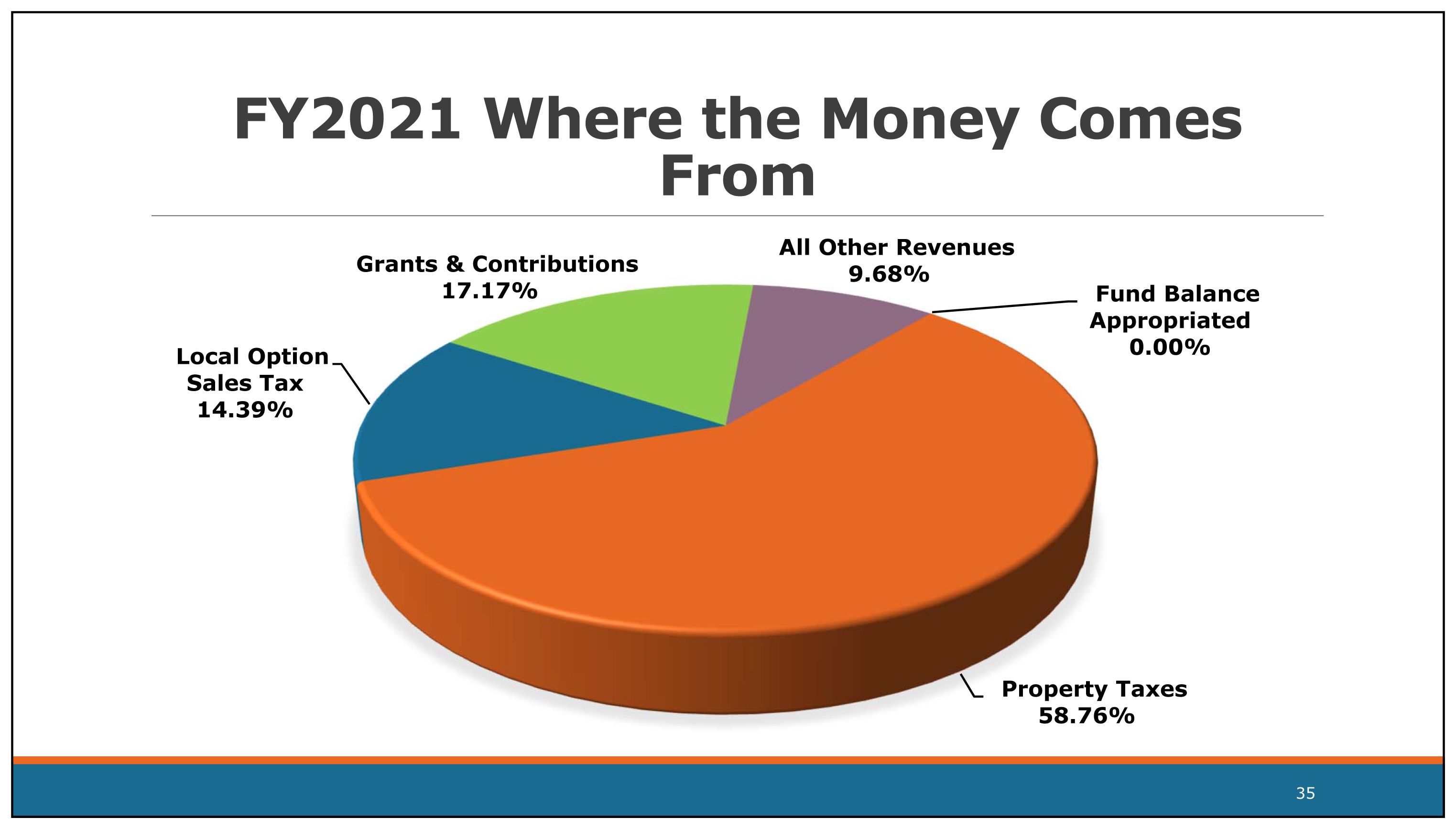 Of course, even the 32 percent increase in property tax is presented as a lower property tax rate as compared to other major Tennessee cities or counties.

According to the Treasurer’s Report to the Council, currently Nashville-Davidson County has $4.3 billion in debt and a proposed $1.16 billion in additional capital spending has been authorized but the bonds have not yet been issued.

As a percent of Nashville-Davidson County’s operating budget, debt service – payments of interest and principal – at over $321 million per year is at least a 10-year high at over 14 percent.

That percentage is the third-highest, coming after only education and public safety at 37 and 20 percent, respectively.

Falling behind the percentage going to debt service is general government at 11 percent, infrastructure and transportation, health and social services, recreation and culture at four percent each, and “other” at two percent. 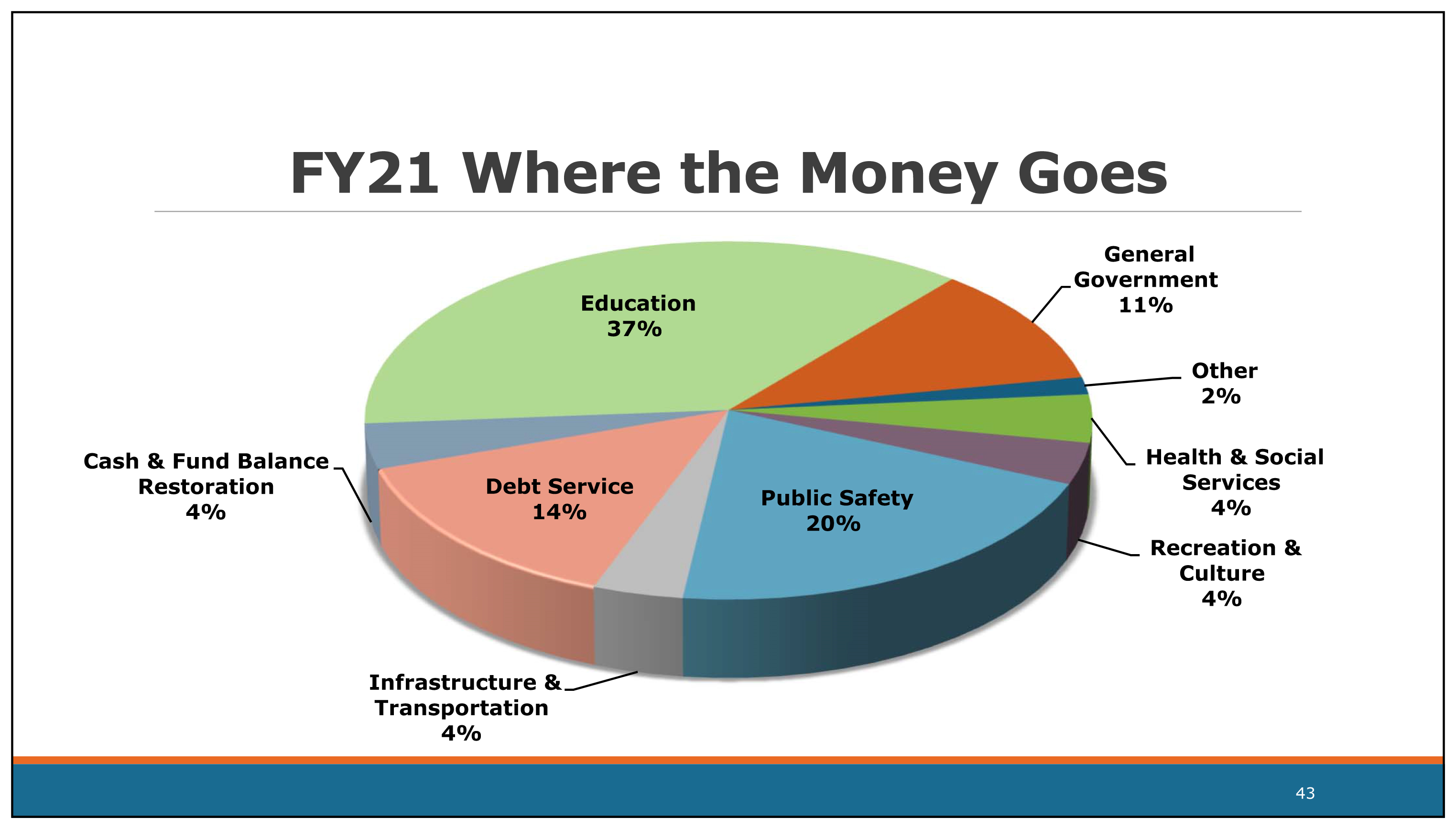 This year, nearly $100 million or four percent of the total budget is designated by Cooper for the restoration of the cash and fund balances, which have been essentially depleted in 2020.

The Metro Nashville Budget and Finance Committee and full Council will conduct public hearings and are required to pass Cooper’s proposed budget ordinance or a substitute budget by June 30, or Cooper’s recommended budget and property tax rate will take effect by default.

Laura Baigert is a senior reporter at The Tennessee Star.
Photo “John Cooper” by Nashville.gov.