The Rev. Enoch Fuzz of Nashville’s Corinthian Church is currently hospitalized and taking treatments for cancer, according to an emailed press release.

Fuzz, speaking from his room at Metro Nashville General Hospital, said he was taking chemotherapy Wednesday.

“I’m a pretty sick fellow, but you know what, many people are praying for me and [that includes] every religion and faith, denomination and race, and I’m very appreciative. I have cancer,” Fuzz told The Tennessee Star Wednesday.

“We are hoping to defeat this, but it’s going to be a long journey. If you don’t mind, I would personally thank everyone from the mayor and the city council to the guys on the street praying for me. I would request that they double up on those prayers, including blacks, whites, Jews, and Gentiles. I even ask atheists to pray for me.”

Fuzz checked in to the hospital Monday because he had difficulty breathing. He’s tested negative for COVID-19 twice, according to the press release. 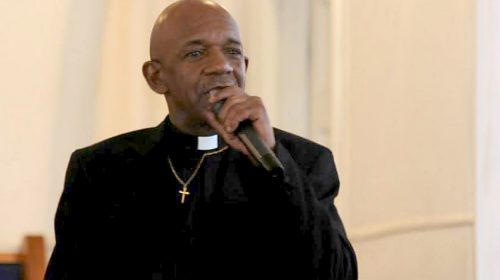 The press release described Fuzz as “a noted community activist and organizer with successful records of connecting individuals and organizations for a plethora of ‘whatever the cause may be.’”

“Prior to his illness, Rev. Fuzz was working with the distribution of food boxes and other needs of families affected by the storms and helping where he can by organizing assisting the needs of people connected to the Coronavirus epidemic,” the press release said.

“Rev. Fuzz has also been an active board member of the Nashville General Hospital Foundation for over 15 years and supports the work of this hospital wholeheartedly.”

The press release went on to say that no visitors are allowed into the hospital during the pandemic. Fuzz, in the press release, said he continues to encourage people to test for Covid-19 and take precautions with this disease and with their overall health.