Nashville, Tennessee –  A native of Lake City, Florida, Adam Sanders knew at an early age that music would be his life.

“My mom likes to say I could sing before I could talk. It was as far back as I could remember. My earliest memories were dressing up like Alan Jackson and singing ‘Chattahoochee’ and ‘Don’t Rock the Jukebox,’” he said. 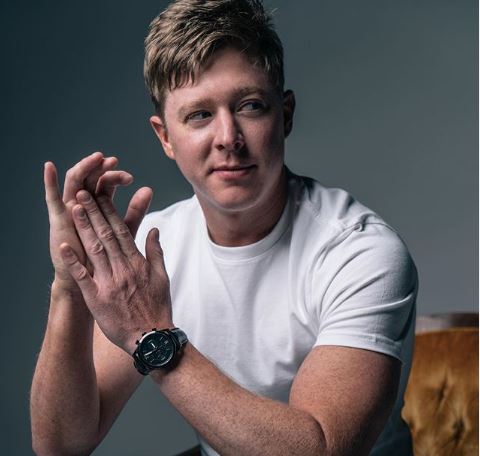 The singer grew up in rural North Central Florida where he was raised on hunting and fishing.

“I feel like I’ve gotten more into it my adult years. With the music industry being so crazy with fans and being in the spotlight, with hunting and fishing I can kind of be by myself. I get a lot of song ideas and do a lot of praying, it’s the perfect yin and yang,” he said.

Sanders admitted he has never had formal guitar lessons.

“All my family is pretty well musically inclined. My dad showed me three cords when I was ten or so. He showed me G, C, and D and gave me a capo and I pretty much was self-taught after that,” he said.

The singer’s uncle Scotty Sanders is a steel guitar player who lives in Nashville and has played on every album from George Jones to Sam Hunt.

Sanders recalled, “When I was about twelve years, he called my dad one day and asked to speak to me. He already living in Nashville recording albums. He said, “Adam, have you ever thought about writing songs?” He encouraged the boy to use songwriting as a way to help get into the music industry.

“The next day my dad helped me write my first song which was terrible,” he claimed. But he fell in love with songwriting and process and continued writing songs throughout his high school years.

For the next three years, he entered talent shows and sang throughout North Florida and was pretty well-known. “I was famous in a small town,” he related. Even though he initially had cold feet, the goal was always to move to Nashville.

The 21-year-old finally moved to Nashville in 2009, and songwriting was the means he used to get his foot in the door. He worked construction to pay the bills while developing his chops as a songwriter. His skills caught the attention of executives at Big Yellow Dog who signed him to a publishing deal in 2011. 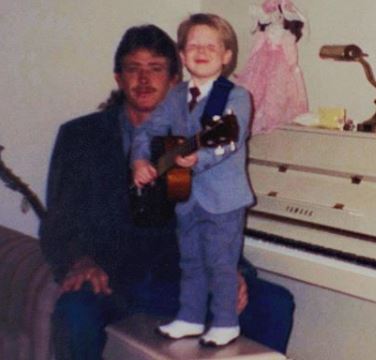 Six months into his publishing deal he got song recorded by Luke Bryan on his Crash My Party album and the rest was history. Now as one of Music Row’s hottest young songwriters, Sanders has topped the charts with such number 1 singles such as Cole Swindell’s “Ain’t Worth the Whiskey” and Dustin Lynch’s “Hell of a Night.”

Even though he recently signed a publishing deal with Round Hil Music, being a performer has always been the ultimate goal. He conceded that having a relatively new singing career in the middle of a pandemic can be challenging.

“It’s a challenge for all of us,” Sanders said.

The country crooner has a more traditional sound than the “Bro-Country” so often played on terrestrial radio. He also acknowledges that he prefers the 1990s country music, specifically the years 1996-1999. He stated that early Tim McGraw, Kenny Chesney were among his favorites.

I wanted to know how a songwriter determines which songs to give to other artists and which ones they keep for themselves.

He explained, “The song “Ain’t Worth the Whiskey” is a perfect example. We wrote the song six years before was released and it was on hold for so many other artists along the way. It never ended up anywhere. We joked, ‘whoever gets a record deal first can release this song, and it just happened to be Cole Swindell.’ We now know why it was never recorded, because it was meant for Cole all the time. Songs end up where they are supposed to be.”

In 2019, Sanders released the song “Life I’m Livin’.” Another song he wrote for himself and recently released is “Ruled The World,” which features seven of his fellow singer-songwriters along with a music video that stars his musical heroes Tracy Lawrence, Aaron Tippin, and Shenandoah’s Marty Raybon and Mike McGuire. The 1990s country influence can be heard in the rollicking, high energy tune.

On June 2, Sanders released “Make Em Want to Change,” which was written by Sanders, Adam Craig, and Dallas Wilson. These guys take a more heartfelt approach to a song that kind of has a little bit of a love song vibe.

“The song was inspired by a past relationship that didn’t work out. It challenged me to be the best version of myself for future relationships,” he clarified. It, too, has a late 90s influence.

Sanders states, “Over the last year or so, as I release songs of my own, I’ve learned to listen to my fans and tease songs and [Make Em Want to Change] was a song that people gravitated toward immediately.”

The fans encouraged him to release the song.

He plans to release another song later on this summer and eventually release a full record, but it won’t be in the traditional album form. “It will be a little different capacity than what people may think. I am super excited to bring it to life.”