The retired Navy SEAL operator and dog handler, who swept Osama bin Laden’s compound with the Belgian Malinois military working dog Cairo, on the night of the fateful May 2, 2011 raid told the Star Newspapers there were times, when the late dog seemed like the boss. 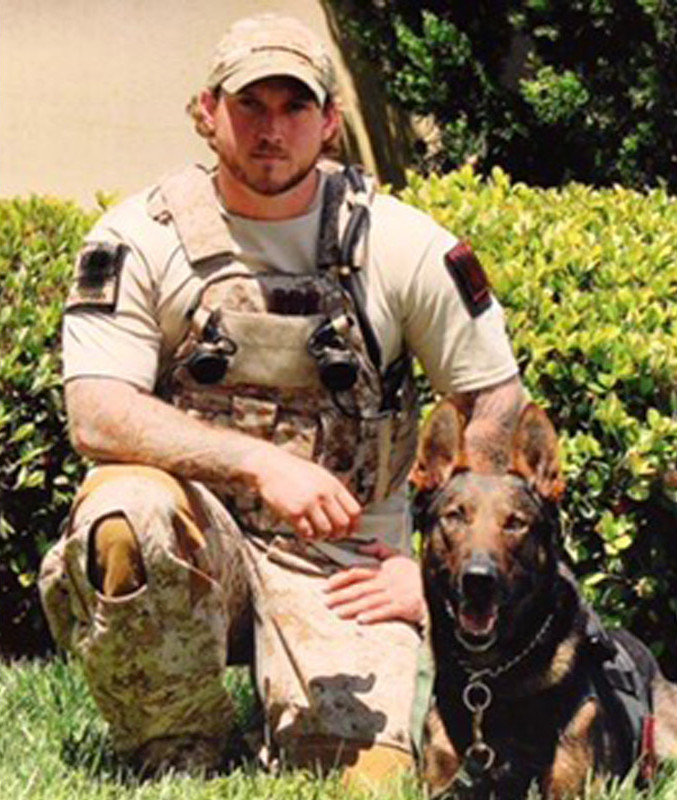 “He taught me all sorts of things,” said Will Chesney, the author of the battle memoirs of Cairo, “No Ordinary Dog” with Joe Layden. “One of the most important thing he taught me was to be present as much as you can.”

Check out this excerpt from “No Ordinary Dog.”

Chesney said dogs like Cairo was always in the present. “They don’t dwell on the past. They don’t think about the future.”

When it came time for the raid, the warning order was short and sweet: “Pick up your dog and get back to Virginia. Now.” Chesney’s unit, SEAL Team Six, was at the time stationed near Virginia Beach.

Cairo and his handler we assigned to Navy SEAL Team Six and their role during the bin Laden raid was to conduct security checks, while the mission was executed upstairs, he said.

“He was train to detect explosives and man-odor,” Chesney said. “Our job was to do a couple of sweeps of the perimeter—looking for explosives or any tunnel systems, where someone could flee—once we were done with that we made our way to the building to sweep for explosives inside looking for any hidden rooms or false walls.”

“They took out everything they wanted taken out,” Chesney said, as he apologized for not going into more details about the raid.

The native of southeast Texas said the focus on the book was he combat service with his teams and his dogs, especially Cairo.

For example, Cairo did not have special metal teeth for the raid, he said.

“Maybe some do, but I never saw any dogs with metal teeth—that’s kinda the reason why I wanted to tell his story,” said the combat veteran, whose decorations include the Silver Star and the Purple Heart.

“There were so many articles in the media that had some things that were not 100 percent accurate,” he said.

“As for this piece of history, if Cairo’s story is going to be out there—it might as well be the right one,” the special warfare operator said. “He took two bullets for us—he did that before the bin Laden raid. People think of him as ‘Cairo, the dog on the bin Laden raid,’ but it’s a lot more than that.”

Navy spiked use of SEAL Trident on book cover 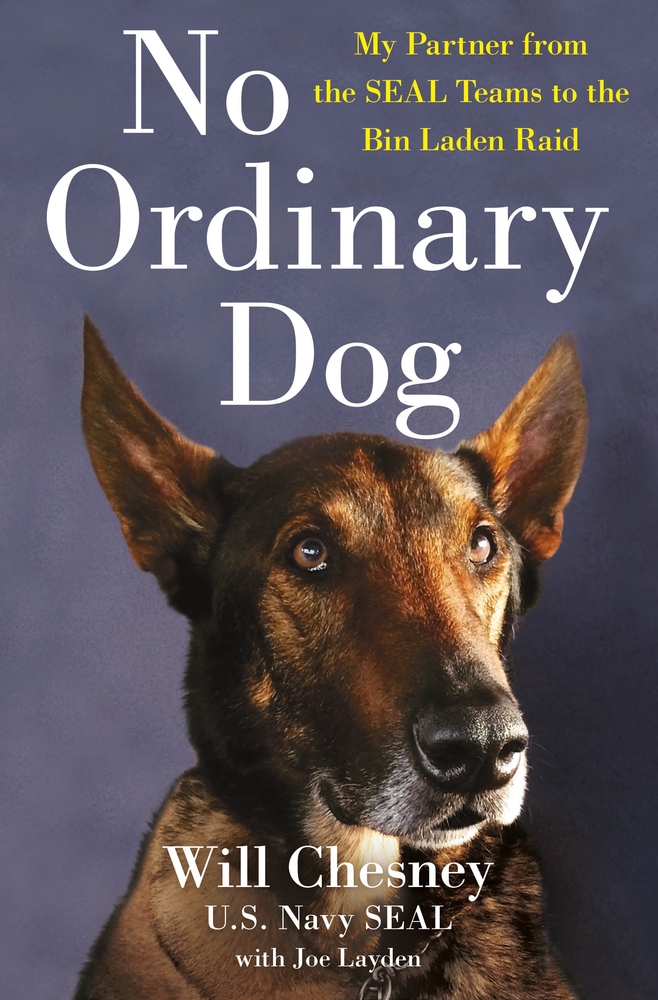 That said, it had to sting when despite his pleas the Navy sent his publisher a notification to the effect that the use of the Navy SEAL Trident was a violation of the Navy’s copyright. That was enough for St. Martin’s Press to print new covers.

The warrior wrote to the Navy after it sent its notice to his publisher: “I myself earned the right to wear the Trident after completing BUDS training in class 246.”

His request was denied.

Warrior and his dog in retirement

After the bin Laden raid, Cairo continued to serve as a “spare dog” and Chesney kept seeking close contact with the enemy with his team. In 2013, Chesney was badly hurt with grenade that left him with a brain injury and Post Traumatic Stress Disorder, or PTSD.

The aftermath of the grenade blast took a horrendous toll on him, so after battling migraines, chronic pain, memory issues and depression, he accepted that his military career was over.

“It worked out perfect, because I had my medical issues,” Chesney said. “I was processing out of the Navy—going through my medical—Cairo was getting old and it was the end of his working days, so it ended perfectly.”

Chesney said he had a motorcycle with a sidecar for Cairo and the two of them would ride around Virginia Beach and when they’d stop, people would always ask to take pictures of Cairo.

Although the dog did not like it much, Chesney would take Cairo out on his boat, just to be on water with his friend, he said.

“At the end of his days, I never left his side,” he said. “He was in pretty rough shape—cancer sucks.”

Chesney said it has dogs and they helped him getting over Cairo’s passing, just as Cairo got him through his dark times—and it all started for him on his first deployment, when he needed to find a side job inside the squadron.

“I was walking in the team room once—somebody said, ‘Raise your hand, if a dog has saved your life.’ Everybody, almost everybody raised their hands. Most guys had a couple of stories to tell, not just one,” he said.

“I knew I was going to get a collateral duty, that’s was drew me in.”

Neil W. McCabe is a Washington-based national political reporter for The Tennessee Star and The Star News Network. In addition to the Star Newspapers, he is a Media Fellow at the Gold Institute for International Strategies. Prior to joining the Star Newspapers, McCabe covered the White House, Capitol Hill and national politics for One America News, Breitbart, Human Events and Townhall. Before coming to Washington, he was a staff reporter for Boston’s Catholic paper, The Pilot, and the editor of two Boston-area community papers, The Somerville News and The Alewife. McCabe is a public affairs NCO in the Army Reserve and he deployed for 15 months to Iraq as a combat historian. Follow him: @neilwmccabe2