TULSA, Oklahoma – In the overnight hours from Friday to Saturday morning, the crowd anticipating President Trump’s first rally since the outbreak of COVID-19 in Tulsa, swelled from hundreds to thousands. 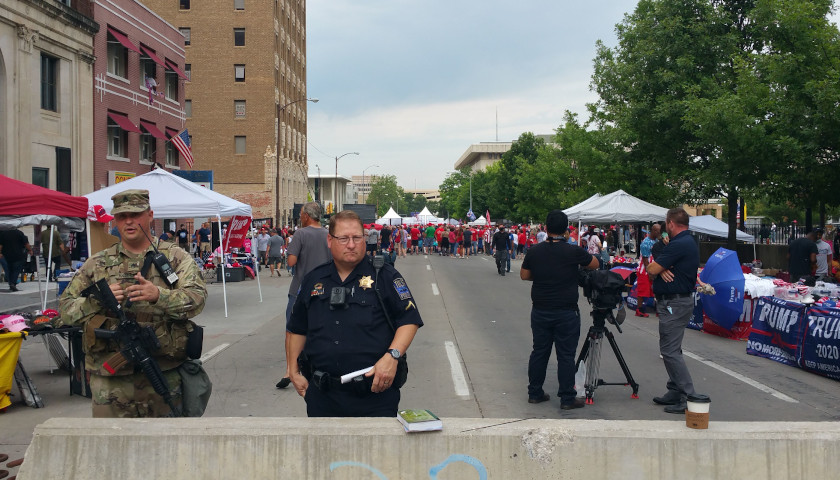 Late Thursday evening, rally attendees numbering about 125 gathered along the one city block of West 4th Street between South Boulder and South Cheyenne Avenues some of whom had been there for nearly a week, The Tennessee Star reported.

By Friday evening, the crowd had expanded, zig zagging around the corner onto and across South Boulder Avenue on to West 3rd Street, turning again onto Main Street.

As the Trump supporters came, so did the folding chairs, pop-up shelters and Trump merchandise vendors.

By Saturday morning, the crowd had exploded overnight becoming denser where they had already been gathered as well as expanding to several blocks along West 6th Street.

Also, there was a marked increase in the pedestrian traffic on the streets all around the secured perimeter of the BOK Center with no-scale fencing, where President Trump’s rally will be held several hours later at 7 p.m. Saturday.

Those walking from their hotels and parking areas toward the rally location are met with a sea of patriotic colors and Trump-supporting signs, shirts, hats and flags.

Squads of National Guardsman assumed positions Saturday morning at the Tulsa Police Department and at the entrance gates to the secured area surrounding the BOK Center. 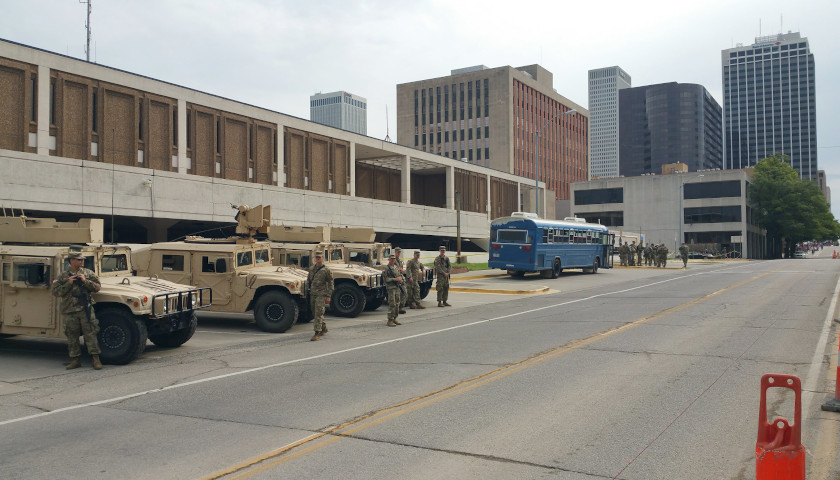 As the National Guardsman walked by rally-goers enthusiastically greeted them with cheers, applause and chants of U-S-A.

Members of law enforcement did not have information on how many people had already arrived for the rally but said they were now preparing for 200,000 people.

While President Trump has come under criticism for holding the rally during the ongoing COVID-19 situation, Oklahoma Governor Kevin Stitt told Fox News Saturday morning that the state had been open for 57 days and only about 200 people are currently hospitalized across the state.

Back on the original West 4th Street gathering place where people had been spread out comfortably as recently as Friday afternoon, they are now jam-packed together.

One woman there raised an American flag and started to sing the National Anthem.  Within a few seconds, the crowd stopped their socializing and joined in for a quite impressive rendition which can be watched here.

With palpable pride in their performance and their country, the crowd then burst into chants of U-S-A.

One Thought to “Hours Before Trump Rally in Tulsa, Crowd Swells to Thousands”