Tennessee was immediately sued by a cohort of liberal organizations Friday after the General Assembly passed its pro-life heartbeat bill.

“One of the most important things we can do to be pro-family is to protect the rights of the most vulnerable in our state, and there is none more vulnerable than the unborn. We have passed the strongest pro-life law in our state’s history,” Gov. Bill Lee said after its passage, thanking the General Assembly for “making the heartbeat bill law.”

We have passed the strongest pro-life law in our state’s history and I am grateful to @ltgovmcnally, @CSexton25, @SenJohnson, @WilliamLamberth and members of our General Assembly for making the heartbeat bill law.

As its name suggests, the bill prohibits doctors from performing an abortion on “a pregnant woman whose unborn child has a fetal heartbeat.”

Other provisions in the bill prevent abortions from being performed based on the sex of the child, the race of the child, or a Down syndrome diagnosis in the unborn child.

Furthermore, doctors will be required to inform pregnant women of the gestational age of their unborn children, provide them with ultrasound images, and allow them to listen to the fetal heartbeat before performing an abortion.

The bill also requires health care facilities that provide abortions to post a sign with information about the possibility of reversing a chemically-induced abortion. 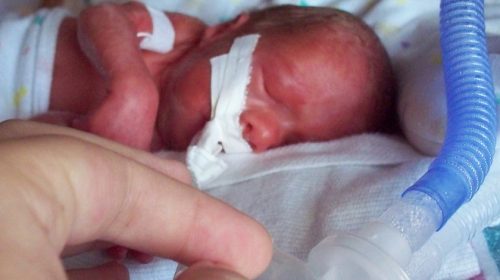 Just hours after the bill was passed, the American Civil Liberties Union, the Center for Reproductive Rights, and Planned Parenthood asked the U.S. District Court for the Middle District of Tennessee to block the bill from becoming law. Gov. Lee hasn’t yet signed the bill into law, but his signature is a guarantee since he submitted the bill to the Legislature for consideration.

“In a direct affront to nearly five decades of Supreme Court precedent affirming the right to abortion, the Act is the culmination and most extreme of Tennessee’s unrelenting efforts to deprive pregnant people of this right,” states the lawsuit.

It says each of the “bans” included in the heartbeat bill “stands in direct contravention of longstanding Supreme Court precedent by prohibiting abortion prior to viability.”

“Enough is enough. It is abhorrent that Gov. Lee and politicians in Tennessee are exploiting the fear and uncertainty of a global pandemic to push their cruel anti-abortion agenda,” Alexis McGill Johnson, acting president of Planned Parenthood, claimed in a statement.

In March, Gov. Lee said it was his “hope and expectation” that abortion clinics would cancel elective procedures during the coronavirus pandemic. A panel of federal judges, however, ruled 2-1 that the state must allow the “Constitutional right” to abortion during the global health crisis.

“This opportunistic attack on our reproductive rights, passed in the middle of the night under the cover of darkness, will disproportionately impact Black Tennesseans due to systemic oppression and concerted efforts to stifle their most basic rights and freedoms,” McGill Johnson added. “We won’t stand for this, and we are going to do everything possible to fight back against this extremely harmful law.”