U.S. Sen. Rand Paul (R-KY) said Monday that U.S. Sen. Marsha Blackburn (R-TN) misunderstood him when he faulted Republicans who represent Tennessee in one or both houses of Congress and said they vote like Democrats.

Paul suggested to The Tennessee Star Monday that he had criticized another prominent Tennessee Republican —not Blackburn.

Paul, in a new ad for U.S. Senate candidate Manny Sethi, said “Tennessee is too conservative of a state to keep sending Democrats in Republican clothing to represent Tennessee.”

Sethi and Bill Hagerty are competing against one another to replace U.S. Sen. Lamar Alexander (R-TN), who is retiring. Tennessee officials have scheduled the GOP primary election for Thursday. 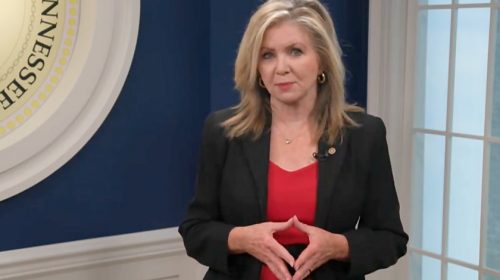 “I will tell you it may be an ad that ends up helping Bill Hagerty because what Rand did was he ended up saying he doesn’t think Tennesseans can pick candidates,” Blackburn told Breitbart.com about the message Paul recorded for Sethi.

“He kind of insulted every Republican voter in the state. I don’t know if he meant to do it or thought it was funny or what. What he did was say they continue to send Democrats dressed like Republicans to Washington.”

“Senator Blackburn must be confused,” Paul said in an email.

Paul did not elaborate.

Blackburn, Tennessee’s junior senator, said on her website, that she remains committed to repealing the law and “returning health care to a patient-centered system where families and doctors can make their decisions.”

Alexander, Tennessee’s senior senator, said on his website that he has fought Obamacare since Democrats proposed it in 2009.

But as NBC News reported in 2017, Alexander, who chairs the Senate Health Committee, joined Democrats and four other Republicans and voted against repealing that law.

“I don’t think Tennesseans would be comfortable canceling insurance for 22 million Americans, and trusting Congress to find a replacement in two years,” Alexander said in a statement at the time.

“Pilots like to know where they’re going to land when they take off, and we should too.”

As The Star reported in May, Alexander seemed to say he wasn’t on board with President Donald Trump’s most recent efforts to repeal Obamacare — at least not with the reasoning.

Alexander has not endorsed a candidate.

3 Thoughts to “Sen. Rand Paul Says Sen. Marsha Blackburn ‘Must be Confused’ About Ad He Cut for Manny Sethi”