NASHVILLE, Tennessee – We The Kingdom is a multigenerational family of musicians, including esteemed producers and songwriters Ed Cash (Chris Tomlin, NeedToBreathe, Bethel Music, Crowder), and Scott Cash, who are brothers. Ed’s daughter Franni, his son Martin and close friend Andrew Bergthold are also part of the group. Ed and Scott’s dad played guitar while their mom played piano resulting in a home filled with music. Despite there being an eleven year age gap between them, as both Ed and Scott entered their teens and early 20s, they embarked on similar individual journeys as touring artists.

“Scott and I grew up in a musical family and we have been playing music together for decades,” Ed said. “Franni and Martin grew up around a lot of music and as soon as they were of age and were able, I would have them sing on records.” Naturally, there was a breeding ground for music to happen.”

Franni described how the group, We the Kingdom, came to be. 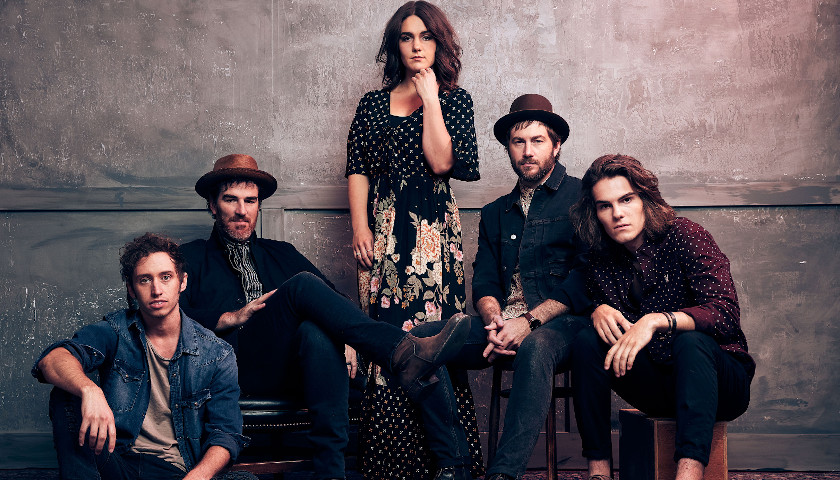 “As a family, we led worship for Young Life Camps for many years.” Three years ago, Scott asked the family to come and play at Young Life Camp in Georgia. Once they got there they ended up writing a song at the camp that felt so ‘electric’. “The chemistry between the five us writing is something we had never experienced before.,” she said. “We had written individually, but never together.”

They played the song that they had written for the kids (Dancing on the Waves) the next day and they really connected to it.

A few weeks later they were sitting around a campfire and casually mentioned that maybe they should start a band even though they were each pursuing music careers individually.

“It is really kind of funny how it happened so randomly,” Frannie said.

“I think it was a dream that was deep in all of our hearts, but it was almost too raw to actually bring it up because it was so, so precious and so dear to us,” added Andrew, who pursued his own artistry in his hometown of Kansas City before joining We The Kingdom. “I think it’s really beautiful how God weaves stories together, and not only that but gives dreams and desires for the appropriate season.”

Ed agreed, “It just rose up in all our hearts.”

Because the family was so musical and can play almost every instrument, it was easy and organic to form a band. 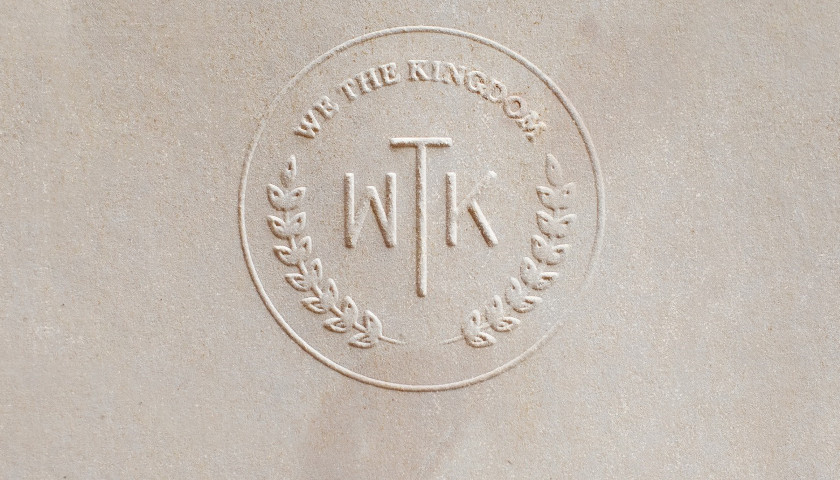 Andrew alleged, “It’s fun on our records, if you go listen, there are spots on our records where everyone is playing something different. It’s crazy and super fun.”

The title track, “Holy Water,” off their newly released album by the same name is one of the most meaningful worship anthems I have heard in a long time.

With lyrics like God, I’m on my knees again/God, I’m begging please again/I need You/Oh, I need You there is an honesty to the lyrics that makes them believable. And because the singers are also the songwriters, Ed and Frannie’s gritty vocals add an air of authenticity to the timely message of the song.

As far as the album, Holy Water goes, Scott said, “They say you spend your whole life making your first record. [This album] is the culmination of all of our stories where there were multiple rivers that fed into one river that is now our collective story. We had different life events that led us all together. As we created this album, we pulled from different compartments of hearts and put them together to write the songs that show who we are what we have been through.”

Because the members of the group are all from different decades, the music is a hodge-podge of music from the 50s to 2020. Because of that Scott says that “it is a gift to do music together and it has been a blast to make a record together.”

Last June We the Kingdom recently signed with Capitol Christian Label Group, a label that Ed had produced with for years. The head of that label is a dear friend of Ed’s and he knew he would shoot straight with him.

“I didn’t want to like, hey check out my new band with my kids. It’s an odd thing to present to someone on a professional level,” he said.

Ed just wanted an honest opinion so they performed for 11 or 12 executives from the label.

“It was a beautiful thing, so organic. It did not feel like this real corporate meeting of the suits,” Ed said. “From the get-go, they were all in.”

Releasing a new album during the Coronavirus is tough for any artist. With so much time and effort being put into writing and creating the record, not being able to support it via live performances can be a challenge.

“It’s hard,” said Andrew. “But Capitol is an amazing team. And I feel like since we didn’t start this, the Lord has a plan for it and COVID can’t get in the way of that.”

They are doing live streaming performances like many other artists and reach out via Facebook and social media. Franni said that as the virus continues, people are streaming and listening to music more and watching TV less.

If you want your soul to be stirred and your heart to be healed, stream or download We the Kingdom’s album, Holy Water. You will have no regrets whatsoever.