NASHVILLE, Tennessee – Those who have been following country music their whole lives know already who Jamie O’Neal is as an artist. Off her first album, Shiver, released in 2000, she had two number one hits, “There Is No Arizona,” and “When I Think About Angels.” Her next top ten hit came in 2005, “Somebody’s Hero.”

She, her parents, and her younger sister, Samantha, sang in The Murphy Family band in the 1970s until her parents divorced. 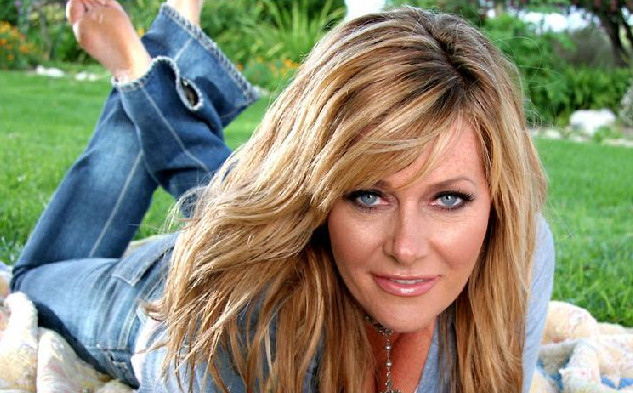 “I grew up singing country music with my family and we traveled all over the world and mainly in the states where we did all the fairs and festivals opening for Dolly Parton, Johnny Cash, the Gatlin Brothers, Crystal Gayle,” she said. “I really grew up watching them and listening from the side of stage and learning, knowing what I wanted to do for the rest of my life at a very young age.”

Even though she lived in Nashville as a child, she moved back as an adult in 1996.

“I really loved coming [back] to Nashville but had no idea what it would be like. This whole new world opened up to me where songwriting was treated like a craft and a job. It wasn’t like you just got together and jammed and this song came out,” the singer said.

She learned about writing the Nashville way where “writes” were scheduled with specific people at specific times and places.

“It was like the University of Life for me. I learned so much within those writing rooms over there at EMI,” O’Neal said.

Her latest album, Sometimes, is her first album since 2014. It scheduled for release on October 16 following the release of her singles, “The World Goes On,” (COVID inspired) and the sensuous, heartfelt, honest “Wreck Me.”

“It was a long time coming. My daughter is now 17 and needs me a whole lot less and so I’ve really been able to concentrate on making the album I wanted to make, doing interviews, and doing what it takes to promote a project like this. She was a baby when ‘Somebody’s Hero’ came 15 years ago and now she has recorded a duet [of the song] with me for the new album. Life has really come full circle. It’s amazing to me that it has gone by so fast,” the Grammy-nominated vocalist exclaimed.

When speaking of the song, “The World Goes On,” The ACM Award winner said, “I feel like it’s so relevant to what we are going through and are still going through. And the world does have to go on. Everybody needs to have a sense of faith that we are going to get through this and everything is going to be OK. It might look a little bit different than what we are used to. We’ve gotten through things before and we will get through them again. It is a song of hope.”

As a woman of experience, I can certainly relate to her newest release, “Wreck Me.” O’Neal wrote it with two other female friends.

“I want to write this song but I don’t want it to be like you’ve wrecked me in a bad way. I wanted it to be positive, like hey, I don’t even care, I’m willing to take the chance. I don’t care if I’m vulnerable and get my heart broke. I am willing to do whatever it takes,” O’Neal said.  “I’m abandoning everything to go for this.” The lyrics to this song come from a real place within a woman who been alive long enough to know what she wants and what she is truly feeling.”

Even though O’Neal is currently unable to tour to promote her singles and upcoming album, she is a fan of promoting her music via social media.

“I can go online and do streaming shows and reach the fans. They can message me and I always answer every message I get on Instagram and Facebook. I love hearing from fans. I think being in touch with your fans is key,” the Australian-native said.