The land battle over Sumner County’s “The Meadows,” proposed to be a 1,115-unit housing development under consideration by the Sumner County Board of Commissioners on Monday, August 17, has a history that goes back more than a decade and includes allegations of bribery by a former Gallatin councilman.

The property in question is 386 acres of agricultural land located between Highway 109 and Dobbins Pike outside Gallatin city limits previously known as the Wallace Farm.

It was purchased by Kenneth and Tina Earp at some point prior to 2000, which is the year that Mr. Earp was diagnosed with a terminal illness and decided to sell the farm with an asking price of $1.6 million.

While some offers were made on the property, the Earps decided to take the farm off the market and a lawsuit, countersuit, and subsequent appeal ensued between the real estate listing agent and the Earps, all of which ended in dismissal.

Mr. Earp, who was a real estate developer for 40 years and was credited with building several mobile home parks, died in 2002. 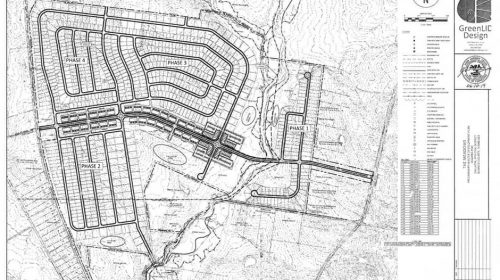 At some point between 2002 and 2011, Mrs. Earp had several projects before the Gallatin Planning Commission for rezoning and had also relocated to Arizona.

On September 1, 2011, the district attorney general requested that Tennessee Bureau of Investigation (TBI) open a case into allegations of bribery against then Gallatin Councilman Dale Bennett relative to consulting services he was being compensated for by Tina Earp of TME Properties.

While no evidence of bribery was found, Bennett – who was 73 at the time – was indicted on November 7, 2011, for violating the Tennessee ethics law for providing consulting services while serving as an elected official.

A contract showed that Earp was to pay Bennett a total of approximately $24,000 for his consulting services relative to the unimproved property under consideration for rezoning by the Gallatin Planning Commission.

In 2012, Bennett reached an agreement with prosecutors to serve one year of probation and pay court costs, Gallatin News reported.

In January 2015, during a heated discussion with hundreds of citizens in attendance over the recent 20 percent property tax increase, County Executive Anthony Holt proposed a taxpayer-funded industrial park that involved a $20 million land purchase.

No details were provided at the time, but the Sumner County Board of Commissioners delayed the discussion and the issue went away for a while.

That is, until Holt revived the project again in 2016 with a proposal to purchase the Earp property plus several others for a total of approximately 1,000 acres.

The project was vehemently opposed, particularly by residents in the largely agricultural area whose surrounding rural property would be irreversibly changed.

Sumner County taxpayers objected, too, for the corporate-welfare style project, especially since there were plenty of vacancies in the existing Gallatin industrial park as well as competing industrial parks that were better positioned for the type of businesses Holt planned to recruit. 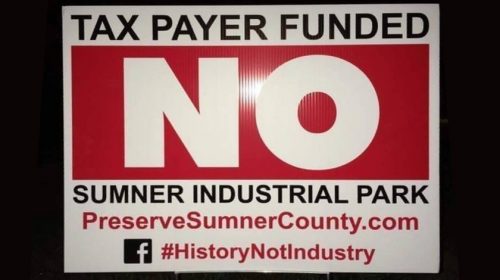 The risk of the property being developed into something not in keeping with the surrounding area prompted the founding of a group called Preserve Sumner County.  The mission of the non-partisan group of more than 1,000 members on its public Facebook page is to preserve Sumner County’s historical, agricultural and environmental resources.

Preserve Sumner’s efforts continued into the next battle over the use of the land when, in early 2019, another plan came along called The Meadows which was originally proposed as a 1,327 unit housing development.

The plan included a request for annexation from Sumner County to the City of Gallatin and subsequent rezoning.

After several iterations of the plan and another round of objections from citizens and area property owners regarding issues such as traffic safety concerns, destroying the rural lustre of the area and school capacity, the Gallatin City Council approved the annexing and rezoning the property for a 1,115-unit mixed-use development.

Since the Earp property being used for The Meadows development does not touch property within Gallatin city limits, state law requires that an interlocal agreement be approved by Sumner County and Gallatin for the provision of emergency services and road and bridge maintenance for any interceding properties.

According to a document on the background of The Meadows interlocal agreement, the proposed agreement went back and forth several times between the city and county beginning in February.

A resolution adopting the interlocal agreement between Gallatin and Sumner County for the annexation of The Meadows development is up for consideration at the regularly scheduled meeting of the Sumner County Commission Monday, August 17.

By order of Holt, Sumner County is under an extension of a July 7 executive order requiring the wearing of masks until August 29 and seating will be limited in the commission chambers for attendance by the public.

With regard to the Earp property, Preserve Sumner’s position was, and continues to be, that the zoning designation that the Earps bought the property under should be maintained.

While the Sumner County Board of Commissioners will not directly change the zoning of the Earp property, entering into the interlocal agreement with the City of Gallatin will, by default, allow for the rezoning.

At the same county commission meeting on Monday evening, $500,000 of funding for the Comer Barn will be discussed.

The full agenda for the Sumner County Board of County Commissioners meeting Monday, August 17 at 7 p.m. at the County Administration Building at 355 N. Belvedere in Gallatin – including proposed plot maps development details – can be found here.