The Nashville General Sessions Court judge who denied a motion to ban left-wing activist Justin Jones from the Tennessee Capitol building, Samuel Coleman, is a Democrat who once served on the Metro Council.

According to the Nashville General Sessions Court’s website, Coleman has served as a judge since May 2017. He practiced criminal, civil, probate, landlord and tenant law before that. Coleman served on the Metro Council between 2003 through 2011 and again between 2015 through 2017.

“Coleman (Democratic Party) ran for re-election for judge of the Davidson County General Sessions Court in Tennessee,” according to Ballotpedia.

As The Tennessee Star reported Sunday, Jones has led demonstrations against the police at Legislative Plaza for the past few months. As reported last year, authorities banned Jones from inside the Tennessee capitol building after he threw a cup at then-Speaker of the House Glen Casada. 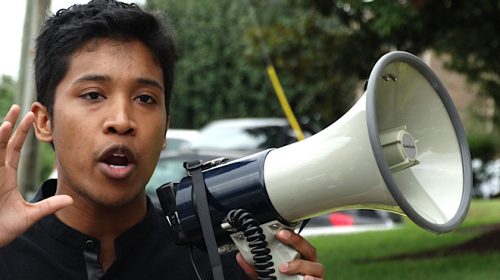 Jones updated his followers of his latest developments on his Facebook page.

“The judge denied the District Attorney’s motion to ban me from the Capitol grounds and require electronic GPS monitoring. The state filed this motion at the direction of Gov. Bill Lee’s appointed commissioner and stated I was a ‘danger to public safety,’” Jones said.

“One important note in the judge’s ruling is stressing the seriousness of the government restricting people’s constitutional right to free movement especially in issues of moral dissent and protest.”

As The Star reported last month, recent protests at the State Capitol have forced the Tennessee Highway Patrol to spend nearly $900,000 in overtime costs. And that’s just between May 31, around the time the protests started, up until June 30.

As reported in June, Tennessee Highway Patrol officers removed protesters’ extra equipment from Legislative Plaza after they failed to comply with an agreement made between the two sides. Demonstrators renamed the plaza the Ida B. Wells Plaza. Wells was an early civil rights leader.