MECHANICSVILLE, Virginia – Local Virginia Trump supporters have high hopes for the presidential election in November and believe that Trump will secure another four years in office.

At a gathering set up by the Trump Virginia campaign, people from various towns and counties surrounding Richmond came to show their support for the campaign and form a collective focus on the highly important last stretch before the election. 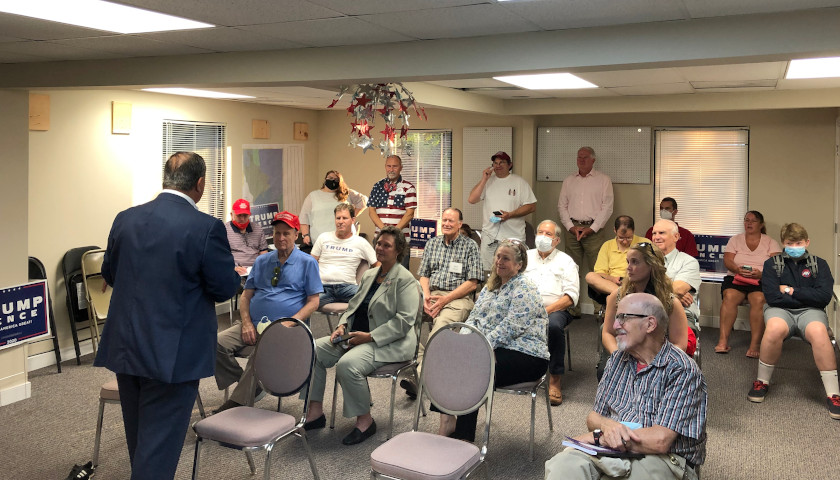 Despite some polls giving Biden a lead over Trump in various states, those who attended the small rally are not lacking confidence.

“I think [Trump] has been doing very well,” local resident Paul Thiel told The Virginia Star. “I think we’re doing better in Virginia this year than we did last time by far.”

When asked if Trump can win Virginia, a state that has voted for the Democratic nominee in every presidential election since 2008, and capture its 13 Electoral College votes, their optimism remained the same.

“So far, I think [the Trump campaign] has done well.” local resident Jessica Collette told The Star. “They came into [Virginia] with a plan, they worked with our county as a whole, activating the groups that are already here, getting into those core groups and then getting out into the community. They have already got plans on how we are going to kind of attack the county for door knocking, making sure that people are contacted, and they know that their vote is going to be important come November.”

Another woman said that Trump can win Virginia if the same people who voted for him in the last election and new supporters of the president accumulated from his term vote.

For context, Democratic nominee Hillary Clinton won Virginia in 2016 with 49.7% of the vote to Trump’s 44.4 percent, according to BallotPedia, a digital encyclopedia of American politics and elections providing accurate and objective information about politics at all levels of government.

One man when asked about Trump’s prospects in the Commonwealth brought up the protests and riots that have taken place this summer in parts of downtown Richmond and other cities around the state since the murder of George Floyd on May 25th, saying that people are tired of the weekly demonstrations.

With the presidential election on November 3rd only 75 days away, both Biden and Trump supporters realize that this is the home stretch and the coming months will be a wild, wild ride.