The city of Richmond’s 2020 census response rate is 59.3 percent, lower than the Virginia and national average, which could result in lost federal funding at state and local levels.

The deadline for census counting is September 30th – moved up a month by President Trump – and Richmond is falling behind not just nationally, but also compared to the surrounding central-Virginia counties.

The disparity between Richmond city and its neighboring counties is an even larger gap than the national and state numbers, however.

Almost all counties that surround Richmond have response rates above 69 percent, with Henrico and Chesterfield counties at 73 percent and 74 percent respectively, according to the 2020 census website.

In fact, out of all 133 counties in Virginia Richmond City ranks 89th and out of all 228 Virginia cities Richmond also ranks 89th, according to Tableau Public. 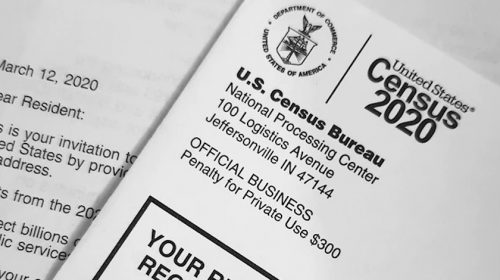 Richmond’s low response rate is a troublesome because the government uses data collected by the census to determine important issues that impact states and local communities, according to the Urban Institute & Brookings Institution tax policy center.

“The census provides a once-in-a-decade snapshot of what our country and state looks like – it provides a national and local population count, determines how many seats Virginia will have in Congress and it informs how much federal funding local communities will receive for public services,” Tasha Chambers, media specialist for the U.S. Census Bureau, responded over email to questions from The Virginia Star.

Some of the most expensive federal programs that are guided by census data include Medicaid, Federal Direct Student Loans and Section 8 Housing Choice Vouchers, according to the tax policy center.

“When people do not complete the census, communities miss out on federal funding that impacts services such as schools, hospitals, WIC, SNAP, roads, bridges and more,” Chambers wrote.

Ron Brown, a field representative with the census, said that for every person missed by the census, $20,000 of federal money is lost over a decade, according to VPM News.

Nationally, the census could undercount the U.S. population by 1.22 percent or just over 4 million people, according to the Urban Institute study.

“Those who have not responded to the 2020 Census can do so today by visiting my2020census.gov, calling (844) 330-2020 or returning the paper questionnaire they received in the mail,” Chambers wrote.

Jacob Taylor is a reporter at The Virginia Star and the Star News Network. Follow Jacob on Twitter. Email tips to [email protected].