RICHMOND, Virginia – The Senate passed a bill Wednesday that would eliminate the mandatory minimum sentence of six months jail time for assaulting a law enforcement officer or other public servants.

The bill passed by a vote of 21-Y 15-N after over an hour of back and forth between Senators.

During discussions, many Republican lawmakers spoke in opposition issuing a bevy of grievances with the legislation and calling for the body to not pass the bill, Senate Bill (SB) 5032.

Multiple Republican Senators said that the bill sends a message that the General Assembly does not care about the protection and well being of law enforcement officers.

Other conservative legislators spoke about the general disdain that some of the public has toward police given the social justice protests occurring in Richmond and other cities across the country.

“I think [the bill] is opening the door to assaulting police officers by lessening the offenses, it will enc 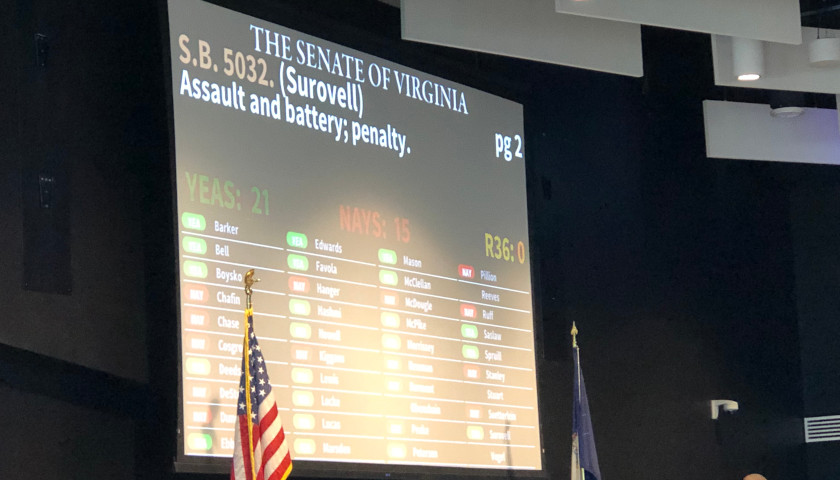 ourage assaults,” Sen. Bill DeSteph (R-08) said in an interview with The Virginia Star. “If not the perception alone, this leads to the escalation of the units of force and if you want to protect citizens, then you should be doing everything possible to discourage an assault on our police officers.

“Almost every bad outcome you see on TV is a direct result of an assault, resisting arrest or the escalation of a demand of an officer that was ignored.”

Senate Majority Leader Thomas Norment (R-03) said the timing and perception of the bill are as critical to the actual language given the current times and called for it to be moved to the 2021 regular session, while Sen. Amanda Chase (R-11) bluntly said “this [bill] is an attack on our law enforcement.”

Senate Democrats argued that the bill would allow for more fairness in certain criminal cases where the punishment exceeds the crime and explained that the legislation was not anti or against law enforcement.

Sen. Scott Surovell (D-36), the sponsor of the legislation, also said that other criminal charges for assaulting law enforcement officers were not being affected, such as a malicious wounding charge, which carries a mandatory minimum two-year sentence. 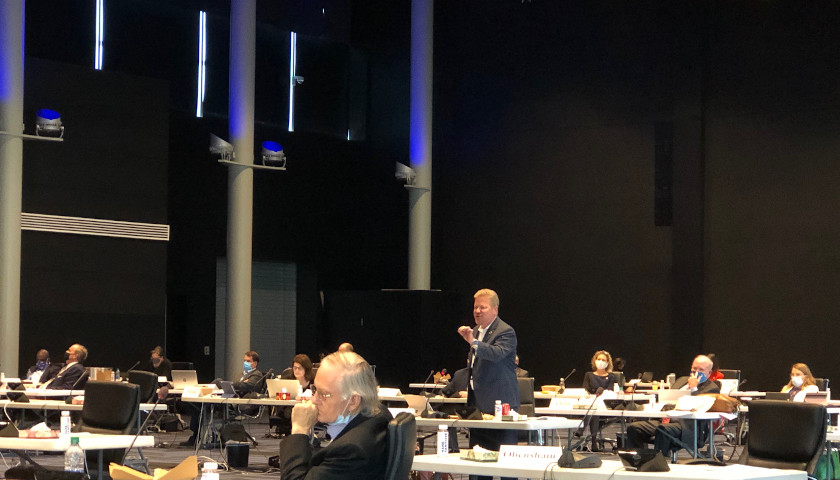 “From our perspective this bill was as much about policing reform as it was about mandatory minimums,” Surovell said in an interview with The Star. “These felony assault on law enforcement officer charges are often coupled with over aggressive traffic stops or other over aggressive pedestrian encounters where people end up being probably inappropriately manhandled.

“Hopefully with the reform bill passing and if this bill goes through, we will see some of the police officers that have a habit of being too aggressive moving on to other professions.”

Three Republican Senators were not present at the session, one being Sen. Bryce Reeves (R-17) who announced yesterday that he had tested positive for COVID-19, and Sen. Richard Stuart (R-28) left before the vote, which explains the 36 total votes and 15 nays.

The bill passed with amended substitutes that keep assaulting a law enforcement officer a felony charge, instead of a misdemeanor as originally drafted, but authorizes a judge or court to downgrade the charge to a class 1 misdemeanor if there was no bodily harm, the degree of culpability is slight or because of such person’s diminished physical or mental capacity or a developmental disorder.

The Senate plans to send over its passed-bills to the House of Delegates by next Wednesday, even though the House just began considering bills in Committee this week.