RICHMOND, Virginia – As the Senate wraps up its second week of the 2020 special session and continues to pass new legislation, the timing of crossover with the House of Delegates, a requirement for a bill to become law, remains unknown.

Since the Senate began considering bills in committee and advancing legislation during sessions almost a week before the House, the two bodies are currently not in sync with their lawmaking procedures. 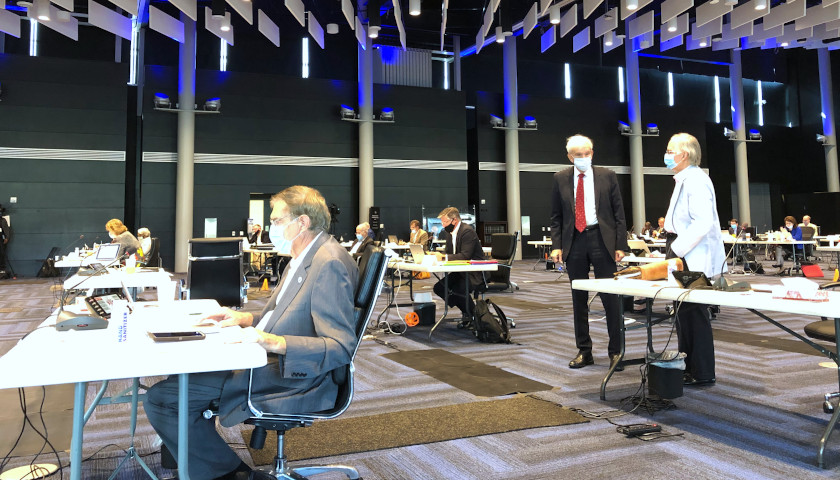 Sen. Scott Surovell (D-Fairfax County) told The Virginia Star after Friday’s session that he has no idea when Senate bills will be considered by the House and vice versa.

Del. Mark Sickles (D- Fairfax County) echoed Surovell, saying he does not know when crossover will begin yet because the House is still considering many bills that will impact the budget. Sickles also said that delegates should have a better sense of the timing for crossover next week after more sessions.

Despite uncertainty over when the next step may occur, the Senate kept advancing and passing legislation in its last session of the week on Friday.

Reeves’ bill and three others on their third reading in the uncontested calendar were passed by the Senate En Bloc, meaning multiple bills were passed with one recorded vote.

Below are some of the bills passed from the regular calendar. 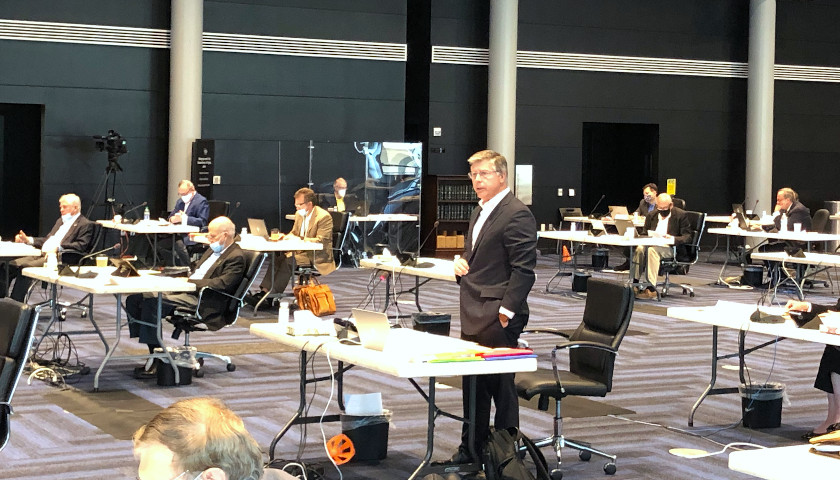 , sponsored by Sen. Jennifer Kiggans (R-Virginia Beach), which requires nursing homes or hospice facilities to allow each patient to receive virtual or in person visits at least once per week from a family member or other persons, passed by a vote of Y-36 N-0.

There were also two bills relating to possession of marijuana passed by the Senate.

The first bill, sponsored by Sen. Richard Stuart (R-Prince William County), provides that a person issued a non criminal citation for possession of marijuana can prepay the civil penalty instead of going to court, much like a speeding ticket.

The second bill, sponsored by Sen. Louise Lucas (D-Chesapeake), changes possession of marijuana and other certain traffic violations from primary offenses to secondary offenses. The legislation also prohibits law enforcement officers from executing search and seizures based on the smell of marijuana.

Introduced by Surovell, the fourth legislation on third reading called for court authority in criminal cases and prosecutorial discretion to dispose of a criminal case, passing the Senate by a vote of Y-30 N-6.

The final bill passed by the Senate was the highly discussed SB 5120, sponsored by Sen. Janet Howell (D-Fairfax County), pertaining to appropriations to localities for the return of absentee ballots and other election voting provisions. Many of the senators that spoke against and in favor of the bill during Thursday’s session, issued similar comments Friday.

During points of personal privilege, multiple Senators offered power stories and sentiment about the march on Washington, which occurred exactly 57 years ago on August 28, 1963, and how issues then relate to contemporary issues.

The Senate will have a pro forma session on Monday before officially reconvening at the Science Museum of Virginia on Wednesday.