NASHVILLE, Tennessee – As a kid from Canada who played hockey and wanted to become a pilot, Cory Marks might be the last person who you would expect to explode on the Southern Rock/Country Music scene. But after listening to his unapologetic, raw, yet real song, Outlaws and Outsiders, I wanted to find out what he was about. 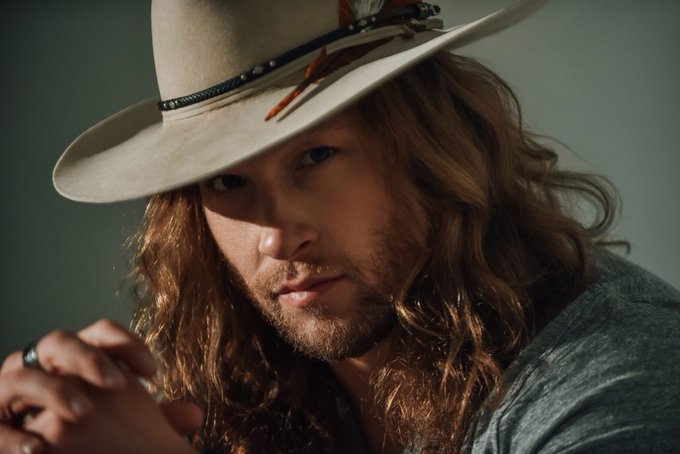 Being from Canada, Marks’ family loved the rock band Rush. His dad was a drummer and he bought Marks a drum set at the age of 10. That’s when music kind of took over. He became obsessed and listened to rock groups like Deep Purple, Grand Funk Railroad and Ozzy Osborne.

By age 16, he was in his first metal band and also the school band. But strangely enough, as Marks recalls, the only subject he ever failed was music.

“Between hockey and drumming, I kind of wanted to be the next Tommy Lee. I was way too shy to sing,” the singer said. After high school, he played drums in a Top 40 band where he sang harmony behind his kit.

During high school, Ohio State scouted Marks but when he found out he had to take the SAT, it was no go for him. Then at age 19, Marks pursued his private pilot’s license but the school went under before he could complete his goal. He tried to figure out what to do and ultimately decided to return to hockey.

Marks was then scouted out by the Royal Military College of Canada. He could play hockey for five years, go to college tuition-free, and pursue his life-long desire to become a fighter pilot. He moved to Kingston, Ontario, and while in college, he picked up a guitar and learning that instrument as well.

He posted YouTube videos of himself playing and his hockey teammates found out how good his he was. One night at a bar called The Brass, his buddies asked if they would let their teammate, “Sunshine” play between the sets of the house band.

“They called me ‘Sunshine’ in reference to the movie, Remember the Titans because like the star quarterback, I was the only guy with long hair,” Marks said.

He got called up on stage and even though he had been in a band, he had never sung solo before. Marks reminisced, “I was so nervous but I definitely had had some liquid courage.” He sang two covers and two original songs. People started asking where else he was playing and if he had an album out. 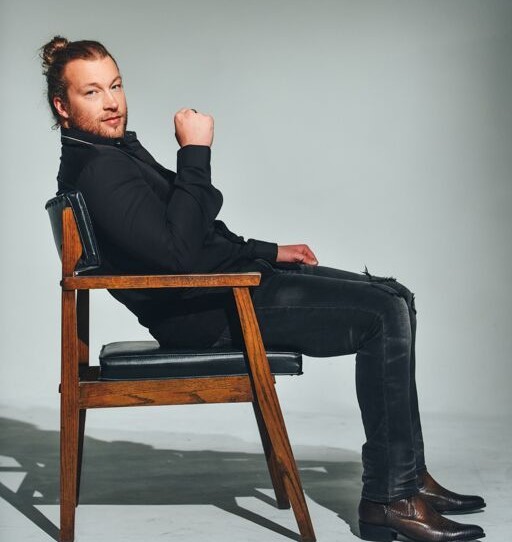 After several months of playing at The Brass, in 2012, he moved back home and started playing at a local bar. He ended up playing at other establishments. After 12-18 months, he had played at every bar in town and then in various nearby cities. He crossed Canada several times and now has a top-ten hit at U.S. rock radio which is streaming globally.

“Outlaws & Outsiders” marked Travis Tritt’s first appearance on the airplay charts since 2002 and his first Mainstream Rock Top 10 appearance ever.

“Travis loved the song, loved what it represented, what it meant, and wanted to be part of it,” the singer said.

“Growing up on country and rock music – being inspired by songs like The Rolling Stones’ “Honky Tonk Woman,” bands like Deep Purple, Rush, and the iconic Ozzy Osbourne, the original outlaws & outsiders, Merle Haggard and Waylon Jennings – shaped my musical style. It’s a true honor to be working with the country music outlaw of my generation, the great Travis Tritt,” he added. “Being an outsider, that’s kind of what it feels like up here in Canada with Canadian country radio, having more of a rock edge rather than pop. I think there is too much of that in country music right now. I think country music needs a change and I want to be that change. It’s country music with a rock n roll attitude.”

Marks continued, “When Nashville closed their doors on me saying this is too heavy, we don’t see what is going on, Better Noise stepped up and said they loved it. They saw the potential and they believed in me.”

Because he was produced on a rock label, two of his label mates are Five Finger Death Punch and Motley Crue, which is how they came to sing on this awesome single.

Most recently, Marks released his highly anticipated debut record, WHO I AM, through Better Noise Music. The 13-track album Billboard calls, “the long-awaited next-generation country rock record” mixes country music with the hard-hitting stomp of rock & roll. Produced by award-winning Kevin Churko (Five Finger Death Punch, Shania Twain, Ozzy Osbourne) and his son, Juno award-winning producer, songwriter, and engineer Kane Churko (Papa Roach, Skillet), the album consists of songs telling stories of heartbreak, hell-raising, and everything in between. WHO I AM, which dropped August 7, currently sits at #7 on the Billboard Country Albums Chart, #3 on the Top New Artist Albums chart, #3 on the Canadian Country Albums chart, #6 on the Country Albums chart in the United Kingdom, and #2 on the Country Digital Albums chart in Germany.

In addition to “Outlaws & Outsiders,” Marks has released videos for the singles, “Better Off”, “Blame it on the Double”, “Devil’s Grin” and Country classic “Drive.” On album release day, a video for album track “Out in the Rain” featuring Lzzy Hale of Halestorm, one of the stand-out tracks on the album, was shared. But Lzzy Hale wasn’t the only surprise of the song. “Out in the Rain,” showcases Marks’ stripped-down vocals and proves he belongs with southern rock gods.

The rising star and his new music have already earned placements in film. “Outlaws & Outsiders” is included in the Sno Babies movie soundtrack, a powerful film that deals with the topic of substance use disorder in the places you would least expect – middle-class suburbia. Marks’ song, “Blame It On The Double,” will appear on another soundtrack, Better Noise Films release, horror spectacular – The Retaliators.

Since COVID-19 hit, Marks has been doing live-streams shows to keep in touch with his fans. He is busy promoting his current music while creating new music. He hopes to complete his pilot’s license this fall.