Nashville, Tennessee – The Highway Women is an all-female country blend (country, rock, pop) music band like no other bringing a musical movement to support other women in country music and beyond. They are comprised of singers Kristen Kae, Drew Haley, Bailey James, and Heather Harper.

The group started in 2016 and has had various members since then, but the current group has been together for about a year. They don’t have a lead singer as they try to equally share the singing responsibilities.

I interviewed Kae, James and Harper to find out more about their group. The girls are each accomplished solo artist and were invited by the Heart Songs Records CEO Jill Pavel to form this “supergroup.” Even though they did not know each other prior, they were “thrown together and we meshed well,” said Kae.

The girls are from all over the country and have unique vocal qualities but somehow their harmonies blend remarkably well which creates a sound that is all their own.

Earlier this year, the girls recorded the uplifting anthem, “God Made Me Right.” The lyrics Ooh, I’m proud of what I see./ Ooh, the reflection staring back at me/ I’m big, I’m small/ I’m black, I’m white/ I’m representing every single girl tonight. / Ooh, I’m beautiful. / God made me right have become a girl-power theme and empowerment message. 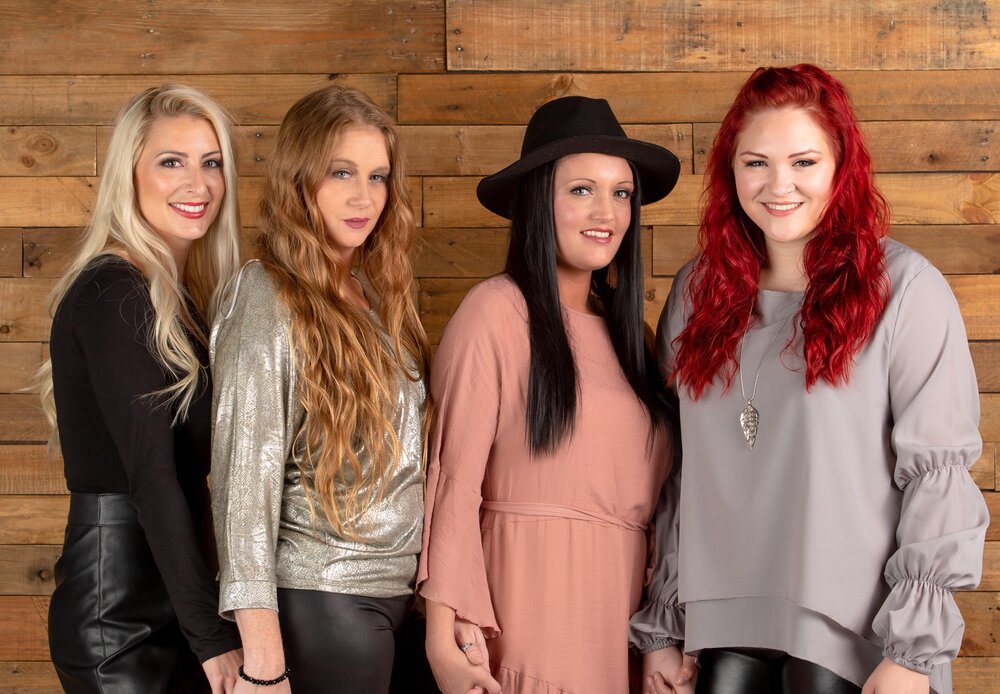 The Highway Women admit they have been treated differently by industry execs because they are women. James moved to Nashville when she was 14 (she is now 17).

“That’s when it really started. You would go into situations and performances and be treated differently,” James said. “You have to really fight to get airplay.”

“It is the same everywhere you go. Texas’ music scene is completely different than Nashville’s but we have that problem here as well,” she said. “For the local venues, it seems like the same group of men gets asked to play over and over. We are fighting for that equality on stage and the radio and we are slowly starting to see a change.”

During COVID, Texas-native Harper admits to face-timing a lot especially since she is now expecting a baby in November. For now, they are doing everything over the phone/computer.

In the meantime, they have been writing songs for themselves and the group.

“Writing for yourself is easy,” James said. “But when you have to open your mind to three other ladies, it is completely different.”

The group’s latest release, “Shake the Dust” is a contemplative number that encourages the listener to go after what you want in life regardless of what anyone else says. While reflecting on the song, Harper stated, “If it’s what you really want to do, [such as pursue a music career] don’t let anyone stop you from doing it. Do it.”

The Highway Women will release another single in October and soon after, an EP. They plan to go back on tour after the new year.