RICHMOND, Virginia – The Senate on Wednesday passed two bills relating to the parole board and continued to advance more policing legislation.

The first bill on the Virginia Parole Board, introduced by Sen. Mark Obenshain (R-Rockingham County), aims to provide the public with more transparency on the decisions made by requiring monthly reports on the inmates released and providing the felonies the prisoner was serving time for, among others. 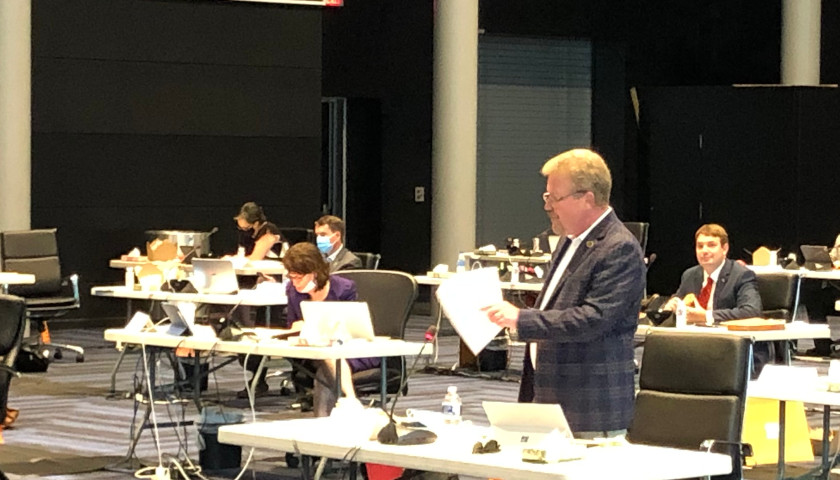 “What this bill now does, it helps to ensure that the parole board does comply with their existing requirements, particularly the requirements of notifying law enforcement and notifying victims prior to the release of inmates,” Obenshain said.

Obenshain also said the bill stipulates that the Department of Corrections will not release a prisoner until the notice is given to law enforcement and the victim or the victim’s family and has many transparency measures.

Senate Bill (SB) 5050 did not garner any disagreement from Senate Democrats with the bill passing by a vote of 39-Y 0-N.

The second parole board bill, however, sponsored by Sen. David Suetterlein (R-Montgomery County), was more contentious.

SB 5012 calls for the individual votes of the parole board members to be applicable to Freedom of Information Act (FOIA) requests so they can be available to the public after a decision to release a prisoner has been made.

“The parole board as everyone knows has immense power in making decisions if inmates will be released for parole,” Suetterlein said. “This has an [incredible] impact on both the public and the individuals affected by that decision and unfortunately no one knows how those decisions are made with the votes because the votes are not public.”

Sen. Adam Ebbin (D-Fairfax County) was the first member to speak in opposition of the bill arguing that making the votes public will not help shed a light on the board’s internal operations because lots of other information – counselor reports, letters from victims, risk assessment scores – is used to arrive at the decision to vote in favor or against granting parole, but that information would not be applicable to FOIA requests. 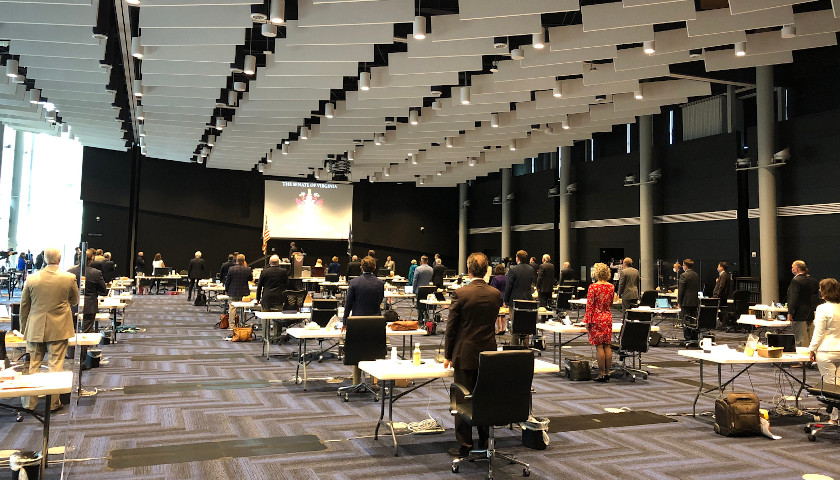 Sen. Siobhan Dunnavant (R-Henrico County) then commented on a threat made to members of the parole board read aloud by Ebbin, saying that threats on social media against public servants is not a reason to withhold transparency from the public.

The bill passed on a vote of 29-Y 10-N with all of the nay votes coming from Democrats.

The Senate then considered several policing reform bills on their second reading, including legislation that would authorize the state attorney general to file civil action or a civil investigative demand against law enforcement officers for any unlawful pattern or practice.

That legislation, SB 5024, Introduced by Sen. Louise Lucas (D-Chesapeake), was engrossed by the Senate and advanced to its third reading.

The final bill considered by the body was an omnibus bill, which incorporates legislation from four other senators relating to a number of policing issues.

Included in the broad bill is language that prohibits law enforcement from acquiring military equipment, establishes training standards and requirements for people applying to become law enforcement as well as the recertification of officers, de-escalation training and many more.

The main disagreement between Senate Democrats and Republicans in Wednesday’s session came over a proposed substitute from Sen. William Stanley (R-Pittsylvania County) on collective bargaining for police unions and how that allows bad cops to stay in the force.

“Police unions like these exist and, more importantly, what they do is command the discipline process, they negotiate the protection of their union members in a way that allows those union members, who may be bad cops, to stay on the job, [keep being] paid by taxpayer money,” Stanley said.

Senators Creigh Deeds (D-Albemarle County) and Scott Surovell (D-Fairfax County) spoke in opposition of the amendment offering various reasons, one being that a similar bill had already been killed in committee and another on the effects the amendment will have on law enforcement pay.

Sen. Bryce Reeves (R-Spotsylvania County), a former law enforcement officer, spoke in favor of the legislation backing up his conservative colleague: “Nothing will do more harm to getting rid of bad officers than allowing union shops to come in and start protecting those folks. I’ve served with some of those folks and the data doesn’t lie.”

Ultimately, Stanley’s amendment was rejected (19-Y 20-N) before the bill was engrossed and advanced to its third reading.

The Senate will reconvene Thursday at noon.