This is the second time in three months the office windows in the Richard D. Obenshain Center have been smashed by someone. 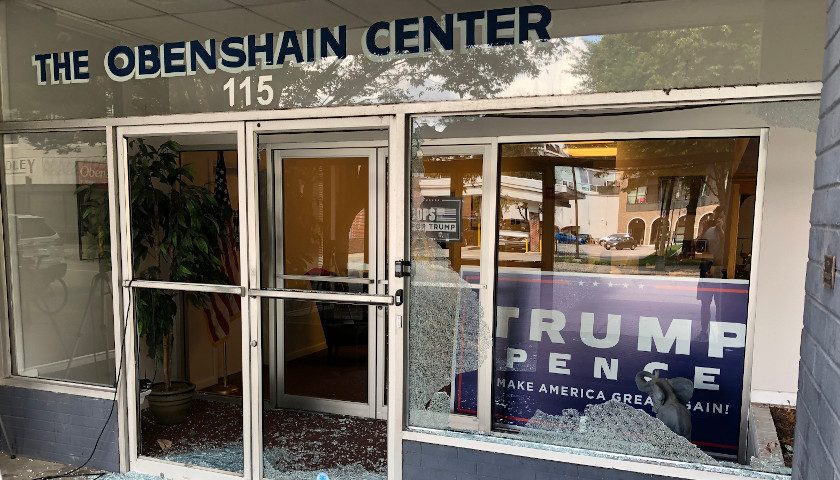 Anderson said: “Under cover of darkness on Thursday night, the violent wave of crime that has infected Richmond for months struck again with a violent, cowardly, and unprovoked attack on the state headquarters of the Republican Party of Virginia (RPV).

“While the damage to RPV Headquarters was limited to the glass frontage of the building, it was a clear attempt to induce a sense of terror in Virginia Republicans.”

Around 3:30 p.m. Friday afternoon, Anderson was joined by Bishop Leon Benjamin, a Republican congressional candidate in Virginia’s fourth district, in front of the office to speak about the incident and rally Virginia Republicans to vote.

Both Anderson and Benjamin called out Virginia Democratic leaders, including Richmond Mayor Levar Stoney and Virginia Governor Ralph Northam, for not condemning acts of violence and allowing such events to take place.

Stoney took to his Twitter to speak out against the incident.

Stoney retweeted a photo of the shattered windows and wrote: “Although I may not agree with this party’s stances, violence and vandalism have no place in this city. Destruction is not how we win arguments.”

Although I may not agree with this party’s stances, violence and vandalism have no place in this city. Destruction is not how we win arguments. https://t.co/jQczG0NMYX

Sen. Joe Morrissey (D-Richmond City) issued his own condemnation of the incident during an interview with The Virginia Star. 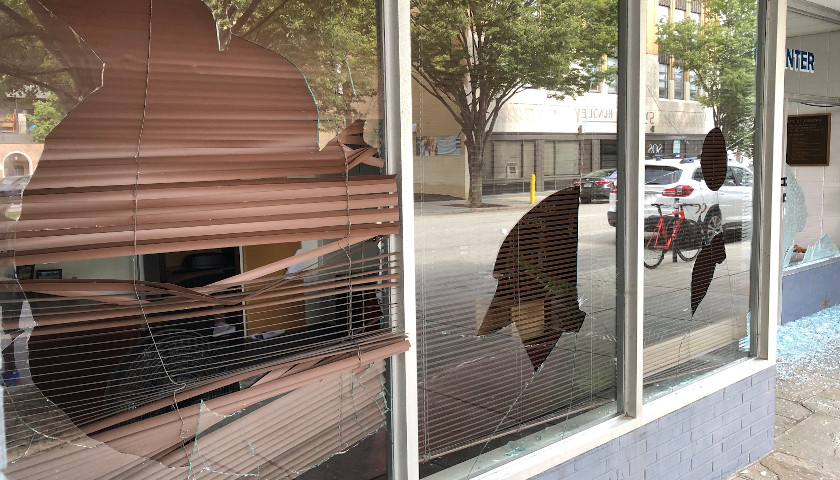 “I was disgusted, not just disappointed, I was disgusted [when] I saw the damage to the GOP window fronts that occurred last night,” Morrissey said. “It’s absolutely wrong, there are no excuses, there are no conditions under which that is appropriate. It is flat out wrong and we can’t condone that.”

Anderson and Benjamin believe this was a deliberate act of aggression and intimidation against the Republicans and party ideals, they said.

And while there is currently no evidence on who broke the windows or why, the GOP office was the only building to have their windows smashed on a block which features other offices, a restaurant and a food market.

One woman walking by the damaged office front noticed a Trump-Pence poster inside and said: “You are asking for it with that sign.”

The offices have a security camera aimed at the front doors, but Anderson said he did not know if the camera had actually caught the perpetrator on video, and that the party was going to board up the office and wait until this period of lawlessness is over to replace the glass.

One Thought to “Windows at Virginia GOP Headquarters Smashed Overnight”