Justin Griffin thinks Richmond needs a financial consultant. In 2018 and 2019, he drew attention by criticizing a plan to build a new coliseum in Richmond. Now, he’s trying to convert that momentum into votes for his mayoral campaign by highlighting financial inefficiencies in Richmond.

He posted “We Deserve Better Examples” on social media. Number 32 states, “The city does not perform a reconciliation of the reports from the city’s parking enforcement contractor to ensure their accuracy.” 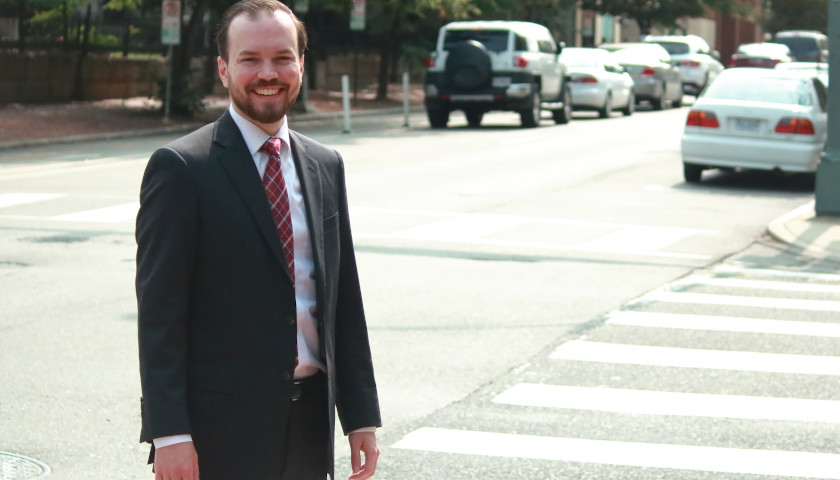 Griffin said when candidates run for mayor, they often hire outside financial consultants, but that is itself inefficient.

Griffin has to be more efficient than the other candidates. His campaign has only raised $18,997. The three top candidates have all raised over $90,000, according to the Virginia Public Access Project. Griffin said his campaign strategy is face-to-face interaction with voters and financial efficiency.

“I’m also much savvier with my dollars. These politicians, they waste all of their money on consultants and I’m spending all of my money reaching people and talking to people.” He added, “I built my own campaign website, so I didn’t have to waste money there. And I know how to advertise and how to get the most bang for the buck because I’m a small business owner.”

“I understand that when you’re in business, every dollar that you spend is essentially a dollar that’s coming out of your own pocket, and if you’re not getting more dollars back in return than you’re sending out, then you’re going to go broke. So I’ve gotten very good and very efficient with spending money.”

Griffin studied accounting, and followed that up with a law degree. “I had an internship with the state [at] what used to be called the Department of Business Assistance, and basically I spent the summer just driving all over the state and talking to small business owners. That’s when I realized that the big companies, they have general counsel on staff, multiple attorneys. The people that really need the help are the small business owners.” 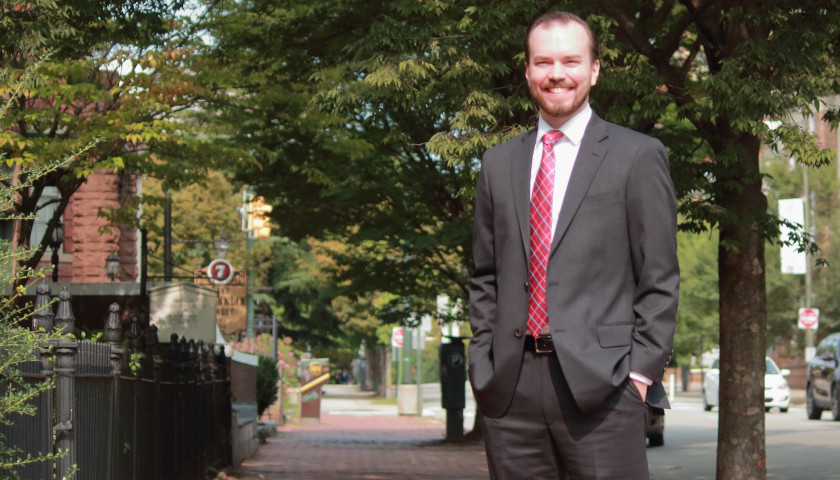 “Their biggest concern was always the legal side of things because while it was very important, it ultimately doesn’t really move the bottom line forward.” Griffin said those were the kinds of people he wanted to help. “To do that, you have to do it in a smaller practice and be able to bill people the way that they need to be billed,” he said. “[Small business owners] can’t pay $500 an hour to a big firm.”

That’s why Griffin has his own law firm. “Much like where I am at with politics, I wanted to do things a different way,” he said. “I have my own small business helping other small businesses.”

Griffin wears a bracelet on his left arm with the initials IMAM. “It’s not about me,” he said. “The scripture underneath is Mark 10:45, which is what I try to live by.” Griffin quoted, “For even the Son of Man came to serve and not to be served and to give His life as a ransom for many.”

“What I’m doing and what my path is, it’s ultimately not about me,” Griffin said. “I’m having to sacrifice to do this. I’m having to put my family and my career on hold because politics isn’t my career.”

Griffin’s platform focuses on basic city functions — better schools, better roads, and better city services. He thinks Richmond has made a lot of progress from 20 years ago, but that progress is jeopardized by poor city management combined with the two crises of COVID-19 and the unrest in Richmond.

“The number one priority is public safety.” Griffin said he wants to support police and doesn’t support closing businesses back down even if COVID-19 worsens. “I talk to business owners every day who are either closing up shop, or planning to leave. I talk to regular homeowners every day who are waiting to see what happens with the election in deciding whether they need to put their house on the market or not. And I talk to people from the counties that say, ‘I’ll never go into the city again.'”

“Richmond is an amazing place with amazing people doing amazing things, but we’re doing it all in spite of our government, not because of it,” Griffin said. “The government is holding back Richmond from reaching its potential.”