The list of 49 case clusters in Nashville was released by Metro Public Health officials.

The overwhelming majority of clusters and related cases were tied to locations that involve shared living arrangements over a significant period of time, including 19 long-term care facilities, six correctional facilities and five congregate living facilities such as homeless shelters, rehab centers and assisted living facilities. The three categories account for 30 of the 49 total case clusters, and 70 percent of the related cases. 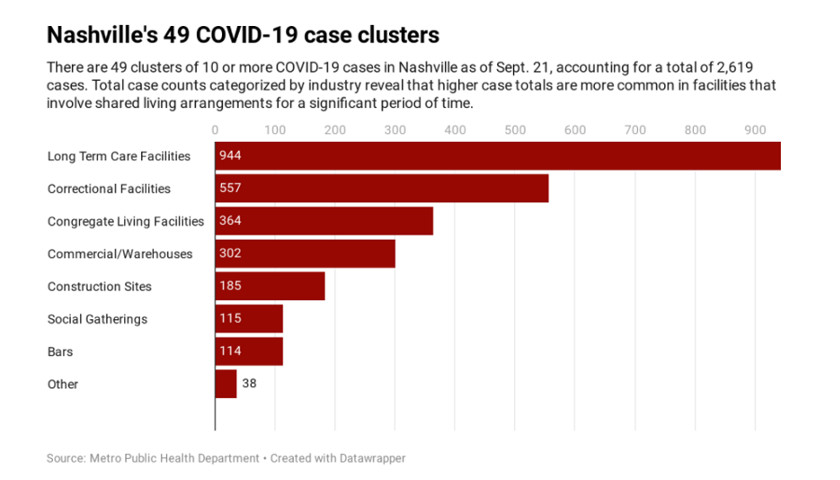 Construction sites accounted for 185 of the cases, spread across five locations. Social gatherings, including a wedding, a fundraiser, a sports event and a church retreat, accounted for a total of 115 cases. Sixteen clusters were connected with 50 or more cases.

Metro health officials said the number of cases linked to bars in Nashville likely is significantly higher because out-of-town visitors would not develop symptoms until after they have left the city and are beyond the reach of contact tracers.

Vivian Jones reports on Tennessee and South Carolina for The Center Square. Her writing has appeared in the Detroit News, The Hill, and publications of The Heartland Institute.

One Thought to “On Nashville’s List of 49 COVID-19 Case Clusters, Four Percent of Cases Tied to Bars”