According to the Ohio Department of Higher Education’s website, College Credit Plus (CCP) “is Ohio’s dual enrollment program that provides students in grades 7-12 the opportunity to earn college and high school credits at the same time by taking courses from Ohio colleges or universities.”

The male student received an assignment that immediately caused him to go to his professor to seek an alternative writing task.

Consequently, the 4.0-grade-point-average student opted to neither read the material in question nor write about it – instead, he took a zero on the assignment.

The material in question comes from the book, Anime from Akira to Howl’s Moving Castle by Susan J. Napier.

“It’s sexually explicit with acts of sex that are unimaginable – pictures and descriptions. Somebody with a twisted mind conjured it up,” said State Representative Reggie Stoltzfus (R-Paris Township) in an interview with The Ohio Star. Representative Stoltzfus was contacted by the student’s family who requested his assistance.

According to Stoltzfus, KSU would not confirm with the representatives or the student’s parents whether an alternative would be issued upon their appeal, but reserved that communication for only the minor student.

However, KSU did deny the request to pull the material from the course through State Relations Director Brady Oxender who wrote “[t]he assigned text is related to the subject matter and prepares the class for dialogue about themed issues. Faculty have academic freedom to communicate ideas for discussion and learning to fulfill the course objectives.”

Oxender explained in the email that students and their guardians sign a waiver acknowledging that course materials may contain adult themes.

“I can understand the idea of ‘adult material’ to an extent but this raises the question – what constitutes adult material?” asked Representative Jones, rhetorically, during a phone interview with The Star.

Jones said there are two issues – “the first issue is we don’t know if the student will be given a chance to make up the assignment and the second issue is the university and this material – it’s pornographic and shouldn’t be introduced to students at college or any level.” 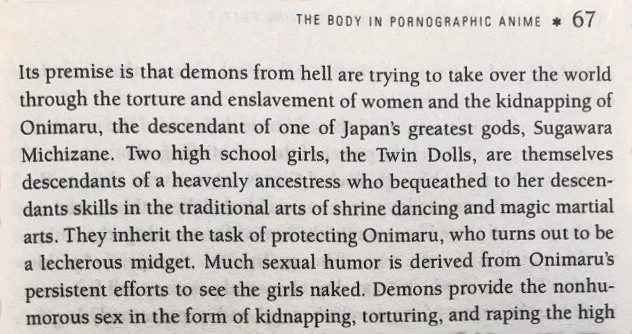 Representative Jones said, “If this stuff was pulled down from the internet and sent from an adult to a minor – found on someone’s computer – they could get arrested.  But because it’s under the banner of education it’s supposed to be okay.”

An Ohio attorney was contacted by The Star and consulted on the Ohio Revised Code (ORC) and whether the book and assignment would be a violation.

The attorney stated there are two codes that may be involved but both contain exemptions for the use of material for educational purposes.

The first code the attorney cited is “ORC 2907.31 that addresses ‘Disseminating Matter Harmful to Juveniles’ (if “harmful” to the juvenile, a misdemeanor – if ‘obscene’ then a 5th degree felony).  This does contain the ‘educational purpose’ defense,” said the attorney.

He continued “the other is ORC 2907.322 ‘Pandering Sexually Oriented Matter Involving A Minor’ (highest penalty is a 2nd degree felony).  It also contains the educational purpose exception.”

The attorney concluded “[f]rom what I know about anime, it can get a bit ‘risqué’ – but I think it would more likely be considered “art” rather than “pornography.” The author is a professor of Japanese Studies at Tufts University.”

Representative Jones concluded, “I told Brady [Oxander] that if my college daughter received and was to report on these materials, we’d be there cleaning out her dorm room and bringing her home. We spend millions of dollars a year on mental health, suicide awareness and prevention, sexual abuse issues – yet this is the type of the stuff we are exposing children to. And we wonder why we struggle with these issues; we are planting the seed.”