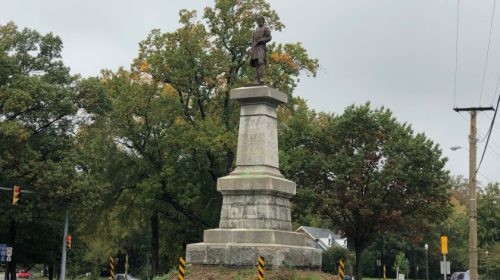 The latest statue tagged with graffiti was the A.P. Hill monument, located at the intersection of Hermitage Road and West Laburnum Avenue in Richmond’s northside. The monument was spray painted late Thursday night or in the early morning hours on Friday

According to the Richmond Police Department (RPD) public affairs division, at approximately 7:21 a.m. on Friday a 4th precinct RPD officer noticed several writings on the statue.

Some of the spray paint included scribblings of: BLM, Stoney=Foney, Trump=Nazi and wear a mask.

Hill is also buried underneath the monument.

This incident is just one out of thousands of cases of graffiti throughout the city and it raises the question of when the spray paint will actually be removed after sitting untouched for months?

The Robert E. Lee monument is still almost completely covered in graffiti and many storefronts or buildings that line Broad Street, as well as other avenues, feature graffiti almost every block. 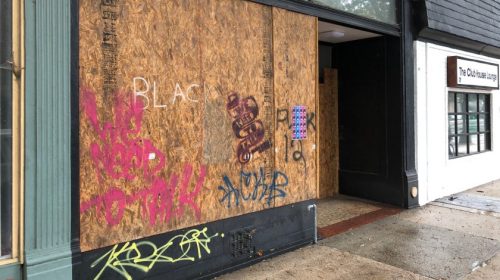 One organization working to slowly return Richmond, a city known for its beauty, back to normal by removing graffiti is Strength and Unity Virginia, a nonprofit community organization.

“I saw all of what was going on downtown,” Said Bobby Eberth, President and CEO of Strength and Unity Virgina, in an interview with The Virginia Star. “And when I saw that, I [thought] how is this acceptable with all the profanities, vulgarities and hate speech against police and race? How is this something that is positive where people will take a picture in front and smile with their kids?”

Eberth specifically pointed out that the idea of removing graffiti did not come from spite against any group of people or organization and that he views every person as equal, even vetting those who wanted to join the team for bias.

Since beginning work on June 18th, Eberth and his team have removed graffiti from a number of monuments, businesses and homes in Richmond. 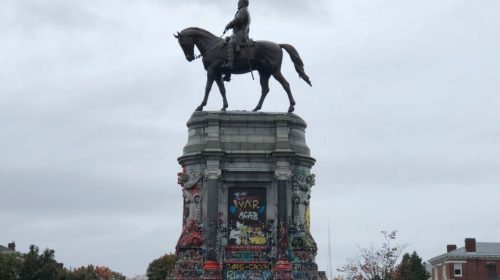 Because many of the graffitied monuments and statues relate to the Confederacy, a hotbed topic in the city, the group has encountered opposition while at a site cleaning.

“We’ve had people approach us, cuss at us, you know that kind of stuff,” Eberth said. “We’ve had [people] just approach us and threaten us. We even had one person, who is under RPD investigation right now, that assaulted us.”

Despite the work from Strength and Unity Virginia much of the graffiti remains, which is supposed to be removed by the city’s Department of Public Works (DPW).

Yet, Eberth claimed that a team member had called the DPW about cleaning up the graffiti and was told that the city was not going to do anything about it.

The Star reached out to the DPW several times to inquire about their plans to remove the graffiti, but did not get a response by press time.

Another organization that has been working to clean up the city, and just recently began removing graffiti, is Venture Richmond as part of its clean, safe and green initiative.