RICHMOND, Virginia – During potentially the final day of the lengthy 2020 special session, Senate legislators adopted and passed the conference committee report on a bill that allows judges in certain criminal cases to issue the sentences instead of the jury.

The conference report that was unanimously agreed upon by the six conferees, two Republicans and two Democrats, passed the Senate by an almost exact party line vote of (Y-22 N-16).

In the language for Senate Bill (SB) 5007, sponsored by Sen. Joe Morrissey (D-Richmond City), there are two exceptions to when a judge can hand down a sentence. One is when the accused person requests a jury to determine the sentence and the other is if they have been found guilty of capital murder. 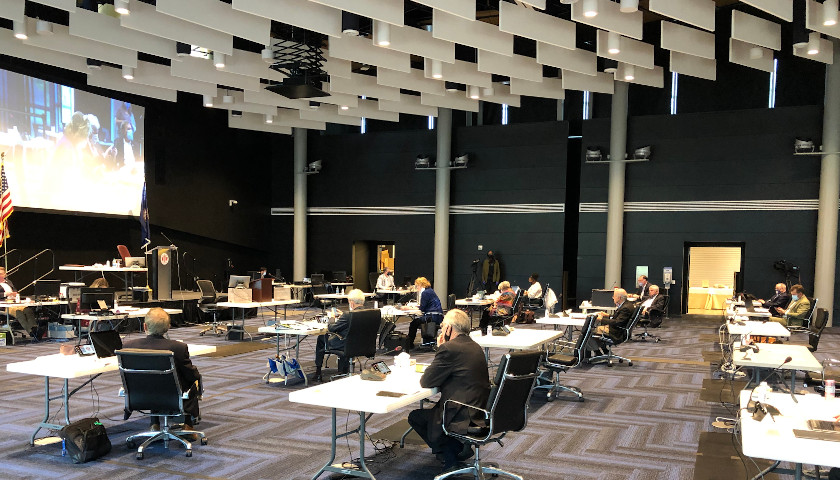 Unlike other legislation that has come out of the conference committee process with many changes, only a re-enactment clause was substituted with a delayed enactment until July 1, 2021, according to Morrissey.

The seemingly simple bill garnered a lengthy debate between Democrats and Republicans on the floor lasting nearly an hour.

Morrissey and other Senate Democrats argued that 48 other states besides Virginia and Kentucky already allow judges to decide the punishment in criminal cases, and that there is what Morrissey described as a “jury punishment” where unwarranted years in prison are added to sentences handed down by juries.

“It’s easy to connect the dots. Right now, defendants will not take a jury trial even if they are innocent, even if they have mitigating defenses because if they are convicted and a jury sentences them, they could get a decade or two decades in prison,” Morrissey told The Virginia Star. “Defendants can’t risk that so they’ll plead down to three years or four years instead of doing what’s right. Let the person who is best [equipped] in that room decide what the sentence is: the judge.”

Sen. Scott Surovell (D-Fairfax County) spoke in favor of adopting the committee report and called SB 5007 “probably the most important reform that’s in front of us out of all the bills we’ve seen [involved with] changing our criminal justice system.”

The other Democrats that spoke on the floor in favor of the bill were Senators John Edwards (D-Roanoke City), Creigh Deeds (D-Bath) and Jeremy McPike (D-Prince William).

Edwards brought up the fact that federal courts also follow the practice of judges giving sentences in jury trials.

On the other side, three Republican Senators addressed the floor against the measure.

Senator Mark Obenshain (R-Rockingham) and House Minority Leader Thomas Norment (R-James City County) were the most vocal arguing the bill was not necessary, that it would disrupt civil court cases and it had an undetermined fiscal impact.

“We should not throw our civil and criminal justice system out of balance in this irresponsible way,” Obenshain said. “If we are going to do it, we should come back in January and make sure that we are actually putting the funds in the budget to be able to do this in a responsible way.” 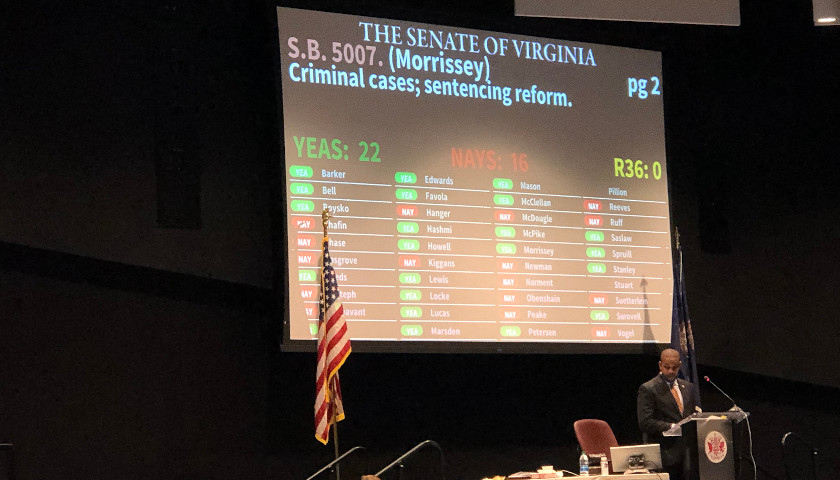 Norment said that while he was in court Commonwealth Attorneys had approached him expressing their resistance to the bill and seemed especially disappointed with an “unacceptable political process.”

The only Republican who voted to pass the legislation was Sen. Bill Stanley, who was a conferee and is a practicing attorney, but because two Senators were not at the session there was only 38 total votes.

Shortly after the Senate passed the bill, the House of Delegates, also holding session on Friday evening, agreed to the report by a vote of (Y-55 N-43).

Despite robust debate over SB 5007 and other conference committee reports being agreed to, the undertone of Friday’s session was if it would be the last Senate meeting and the now eight-week length of a special session that was supposed to be much shorter.

The Star asked multiple Senators on both sides of the aisle to give their thoughts and opinions on the length of 2020 special session. The results were not very surprising considering how things have gone up until this point.

The majority of legislators said that the special session has lasted far too long, and some added that a lot of the legislation taken up was not in line with the reason Governor Ralph Northam originally called the General Assembly to reconvene.

“[I’m] very disappointed in the length of the special session; I think we took on way too much,” Sen. Mark Peake (R-Lynchburg) told The Star. “I think the special session should have been focused on the pandemic, and the pandemic’s effect on the budget we had already passed in march, possibly what to do with the CARES Act funds and how to address how people were suffering in the Commonwealth due to the pandemic.”

Sen. David Suetterlein (R-Roanoke County) said: “I think that the special session should have been called much earlier and it should have gone much quicker, and we should have addressed more COVID related issues.”

Others pointed out that there are inherent obstacles conducting a session in the midst of a global pandemic and with almost all Senators still having to work their regular jobs during the week.

“I think it’s difficult to schedule everybody and find a time when everybody can come here in the middle of COVID, but we’re going as fast as we can,” said Sen. Jennifer McClellan (D-Richmond City).

McClellan added: “Hindsight is always 20/20, we had a lot of different things we had to cover and try to make sure we got the best budget forecast. I think there are always lessons learned, but we did the best we could.”

Whether or not Friday was actually the last day of the special session all depends on if the governor sends legislation back to the bodies with amendments and if Virginians vote to approve proposed Constitutional Amendment #1, creating a redistricting commission to take over the process of drawing state legislative and congressional districts.

If Amendment #1 is approved by voters, Northam would then send legislation for implementation of the redistricting commission with already agreed upon language to the House and Senate, which would require the bodies to reconvene and vote on the governor’s legislation.