Richmond City Council’s Land Use, Housing and Transportation Committee voted on Tuesday to advance an ordinance that would rename Confederate Avenue, located in the city’s northside, to Laburnum Park Boulevard.

During the meeting on Tuesday, Gray applauded residents for their desire to see the street named changed. 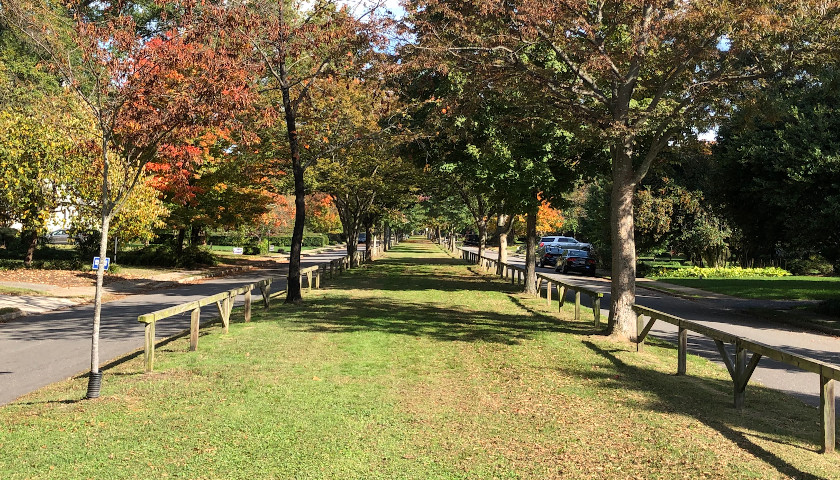 “This has been a longstanding effort on the part of the residents along Confederate Avenue and adjacent areas to ensure that the street names are reflective of the diverse community within the area,” Gray said. “We’ve been walking through the process, it’s been a long time coming and we support their efforts.”

Hilbert only spoke briefly during the committee meeting, saying: “[The residents] are uncomfortable with the name Confederate Avenue and I am as well. I’m glad that they have gone through this process to ask that the city council change this name.”

In a statement sent to The Virginia Star on Thursday, Gray said her office was contacted by residents of Confederate Avenue after they discovered strong support in the neighborhood for a name change and collected signatures.

Those residents were represented at Tuesday’s virtual committee meeting by Jill Dimitri, who has lived along Confederate Avenue with her family for 32 years.

Dimitri explained to the committee members that the process to decide on renaming the street took a very long time and, for over a year, neighborhood residents met with one another discussing the possibility of a name change and gauging interest.

In June 2020, a survey was handed out to residents to get a clearer view of the neighborhood support. Results of the survey showed that 85 percent of those who responded were supportive of the renaming idea.

After that those same residents began thinking of potential replacement names for Confederate Avenue, coming up with 33 names, but eventually whittling them down to 11. A second survey was then conducted in July asking residents to rank their favorite choices and Laburnum Park Boulevard was the option with the most first, second and third place selections, according to Dimitri.

“I feel like Richmond is certainly at a crossroads right now and the neighborhood is united in this interest to change the name of our street to Laburnum Park Boulevard,” Dimitri said.

Nestled in between Hermitage Road and Brook Road in the Laburnum Park Historical District, Confederate Avenue only spans four blocks adorned with a grassy median and an abundance of trees. Two of the street’s blocks are in Gray’s district, while the other half is in Hilbert’s – part of the reason the two council members co-sponsored the legislation.

All three committee members voted in favor of forwarding the ordinance with a recommendation for approval to receive a final vote during the next full city council meeting on November 9.

The ordinance and other relevant information can be found here.

If the legislation is passed, it would join a growing list actions taken by politicians in Richmond to remove or replace anything related to the Confederacy in a city that was once its capital.