NASHVILLE, Tennessee — Former Nashville mayoral candidate Carol Swain told hundreds of people at a presidential debate watch party Thursday that “we are backwards” when it comes to race.

“I am not here to make you feel guilty tonight because you happen to be born with white skin. I am not here to bash America, because I still think we live in the greatest land in this world,” Swain said during her opening remarks. 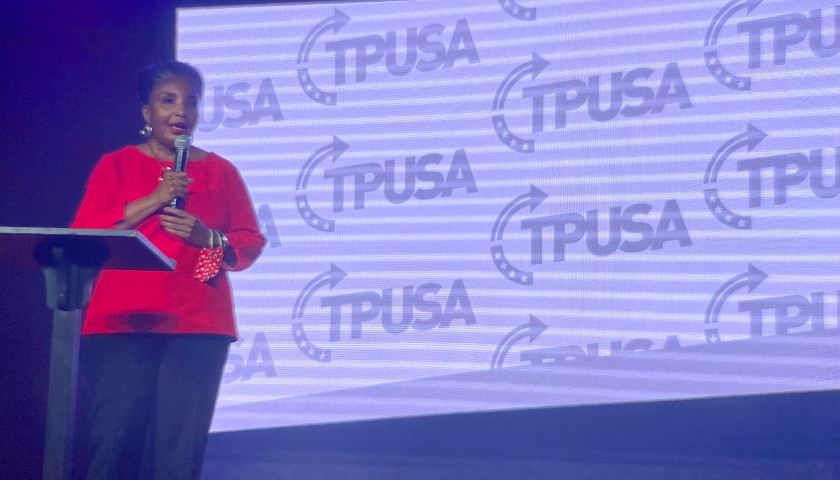 “This is a great nation, and that is why so many people risk their lives to come here. And I can tell you that I am a product of the American dream.”

Swain told the hundreds of attendees that she was born into poverty.

“I have always seen America as a land of tremendous opportunities, and what I see taking place today with the protests and with the critical race theory is totally un-American. It is un-Christian, it is uncharitable, and it’s unacceptable,” Swain said.

“Critical race theory argues that because you happen to be born with white skin that you have racism in your DNA, that you are a white supremacist because of being born into a particular group. They also argue you need to divest yourself of your whiteness, and [that] minorities cannot be successful and that you have to lower standards for us because we can’t do the things that white people can do. A lot of the message of the critical race theorists is a very racist message.”

Swain also said that privilege has a lot to do with social class and socio-economic status and that any group can act racist and engage in hate crimes and other unacceptable behaviors.

“It is very important for all of us to stand up against the critical race theorists that have infiltrated our churches, our institutions of higher education, our businesses and just about every facet of our society under the guise of diversity, equity, and inclusion,” Swain said.