Gideon’s Army is an organization that seeks to “eliminate the root causes of the prison pipeline” for troubled youths. The organization assisted in recovery efforts after the tornado hit Nashville this spring. Gideon’s Army was also involved in the Black Lives Matter Nashville rally-turned-riot following George Floyd’s death.

During her speech, Fetuga asserted that police aren’t qualified for some of the aspects of policing. 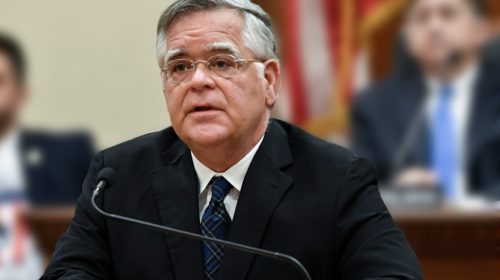 “Metro police officers are doing jobs that they’re not qualified for. It is not on their job description. Metro police officers aren’t mental health workers, you know, they’re not really ‘first responders,’ like, in the way that we would think. The way that their job is, it can also really increase the risk for mental health issues. There are a lot of issues that arise with the way we do policing in America. Even with the police chief, we’re still dealing with systematic oppression that’s national.”

Fetuga also argued that social determinants of health (SDOH) serve as the main cause for crime. According to the U.S. Department of Health and Human Services (HHS), SDOH are economics, education, healthcare, environment, and community.

“And then there’s the issue of there being lack of social determinants of health in Nashville communities that are handled by criminalizing people who are unhealthy or people who are in unhealthy communities. So these are some of the issues we see, some of the issues we set out to deal with. Understanding that crime and violence are negative effects, you know, that deeply impact the determinants of health. It’s a cycle.”

Following those remarks, Fetuga made the conclusion that the current policing systems aren’t effective in preventing crime.

“Bringing the police in on the back end doesn’t really make sense because it doesn’t help to create healthier communities.”

“The U.S. criminal justice system has oppressed Black Americans for more years than it has protected them,” wrote Cooper. “It continues to punish African-Americans and people of color at disproportionate rates and in severe ways. Black men are more than twice as likely to be killed in an encounter with police as white men.”

The mayor is also relying on PCC’s work to select the next chief of police. The previous chief, Steve Anderson, retired in an expedited fashion at the beginning of August.

PCC concluded the meeting by remarking that they are “all on Team Gideon’s Army.”