NASHVILLE, Tennessee –  I was intrigued when Candi Carpenter, who has one of the strongest voices in country music, announced that she, along with British rocker, Josh Doyle, were forming a new conceptual collective duet called the Church of Roswell.

Even though “Brother Doyle” is a bit older than “Sister Candi”, they met a few years back when they shared the same management company. They began the Church of Roswell with producers Peter Shurkin and Alden Witt as a side project for the sync world in hopes that their new music might be a part of a movie or TV show. 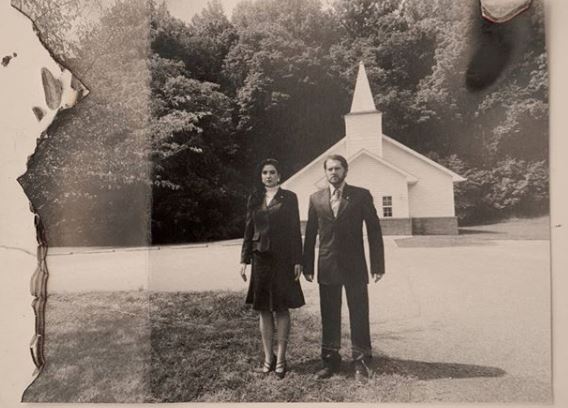 What they found was they enjoyed working together and that there was a freedom in writing and creating together instead of worrying about their individual careers. Carpenter said, “It was low stakes which allowed us to take bigger chances and ultimately resulted in something even more successful than I’ve ever experienced.”

Although their debut single, “The Witcher” has more of a rock vibe, the song is being played on the Folk and Americana channels/playlists. Doyle said, “Because the Americana people have heard the rest of the songs on the [upcoming] EP, overall it is Americana, but this one definitely has more of a Led Zeppelin vibe.”

The EP is forthcoming but still not released.

“We don’t know if it will be an EP or a whole album because we keep writing songs. Eventually, we will have an album,” Doyle said.

The next single title “Rocketeer” will be released November 15 into the Singing Group charts which is a chart that was created by the Church of Roswell.

“We are currently number one on the Singing Group chart which is very exciting for our band,” Candi said.

Doyle is a brilliant songwriter and the song “Rocketeer” was written with Carpenter four years before becoming a band.

“We had written this fantastic song I thought, what are we going to do with this recording? It has to see the light of day. Our voices really had a magical blend back then even on the demo,” Carpenter said.

I wanted to know what it was like to release a new song by a new group in the middle of a pandemic.

“We decided the best way to be able to deal with not touring and singing live was to have television programs. We started doing little shows and now we’ve made a real one, (Leg Day). It’s a good way for fans to see what we’re like,” Doyle said.

The tongue ‘n cheek episodes channel back to the days of Tammy Faye and Jim Bakker. They would hear “little beams of music come down” and assimilated that. They decided that was the best way to reach people.

Carpenter agreed, “We’ve learned a lot about how people consume entertainment on earth.”

Country Note Magazine said , “Sister Candi and Brother Doyle welcome the world to the Church of Roswell by sharing messages of unity and deliverance through the power of tight harmonies and blazing electric guitar. Through their music, experience the transformative power of knowing we aren’t alone in the infinite universe as long as we have each other.”

Doyle likens their talent to the group Fleetwood Mac. They had individuals who could do their own thing, but then they had band songs featuring different members with great harmonies.

“It gives you a lot more variety” in what can be played and heard,” he said.

With streaming being the norm and genres becoming obsolete, music can stand alone without all the hoopla.

“It doesn’t matter what you look like anymore. You don’t have to be 25 and young,” Doyle said.

Now the “more experienced” artists can have the same success as the teen idols.

Because Carpenter and Doyle have completely different backgrounds, they can make music that is fun, unique, eclectic, and completely out of this world.

Church of Roswell will release their debut EP early next year. Be sure to follow them on social media as additional details will be announced soon.