They did so Sunday at Franklin’s Liberty Hall inside The Factory, where State Sen. Jack Johnson (R-Franklin) hosted his annual Boots & Jeans, BBQ & Beans event.

As The Tennessee Star reported last week, Johnson hosts this event as a fundraiser for his state senate campaign. 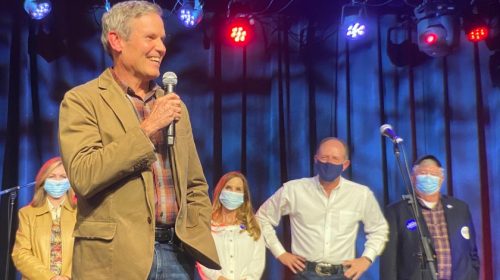 Hagerty told the hundreds of attendees that Tuesday’s election is a choice between the freedoms we know and love versus the Democrats’ push to impose socialism on America.

“Look at the policies they [Democrats] want to bring to bear. Nancy Pelosi wants to give $1,200 checks to illegal immigrants, defund law enforcement to the tune of $600 million and let criminals walk free. She also wants people here in Tennessee to pay off the debts of states like California and New York whose states are irresponsibly managed,” Hagerty said.

“If we let Chuck Schumer become the leader of the U.S. Senate then they are going to pack the court. You won’t see another judge like Justice Amy Coney Barrett. They want to put partisan activists on the bench. They want to put four more of them so they can make the Supreme Court a super-legislative body. We cannot allow that to happen. They will make our nation and the world less safe. Domestically, they are talking about defunding and dismantling the police.”

Green told the audience that “we are at war for this country right now for the very soul of America.” 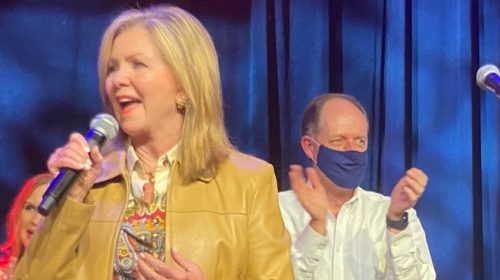 “I have so much hope because of the challenges that we face as a nation right now. We are on the cusp of what I believe may be the most hopeful season in America going forward,” Lee said.

“We need to remember that and remind one another that we do live in the greatest nation in the world and about this opportunity to vote and [remember] to ensure that this country continues to move in that direction. Every single one of us has the privilege and the opportunity to do that.”

Blackburn, while closing her speech, advised audience members to recruit other people to vote.

“Everybody get five people today, tomorrow and Tuesday and get them to the polls.” Blackburn said.

“Five people a day will keep the liberals away.”

4 Thoughts to “Tennessee’s Top Republicans Request Two Things: Vote Tuesday and Recruit Your Friends To Do The Same”