State Delegate Nick Freitas (R-Culpeper) currently leads incumbent Representative Abigail Spanberger (D-VA-07) by 1,353 votes in what has been a highly competitive race for the 7th Congressional District, with 69,001 potential mail ballots outstanding, according to the Virginia Public Access Project (VPAP).

Of the 69,001 outstanding ballots, 56,505 have been received but are uncounted, 11,927 have been sent out to voters but not yet returned and 569 are provisional ballots, according to VPAP.

Specifically, VPAP says the 56,505 ballots received consist of 34,000 absentee ballots that Spotsylvania County did not report on Tuesday night and roughly 21,000 mail ballots received in Henrico County, but not included in the central absentee precinct results on Election night.

After Election Day counts were completed, as of 2 a.m. Wednesday, Freitas held a 50,000 vote advantage, but Spanberger significantly shrunk the gap thanks to early votes in pivotal counties being reported throughout Wednesday.

The Virginia Star contacted the Freitas and Spanberger campaigns for comment on the updated numbers, but did not immediately get a response.

Spanberger posted a video to her Twitter at 3:30 on Wednesday, saying: “With the changes in early voting this year, it means changes in the return process. There are currently tens of thousands of ballots that we are waiting to have counted across our district.”

GLENN ALLEN, Virginia – Despite State Delegate Nick Freitas (R-Culpeper) holding a steady lead on Election night over incumbent Representative Abigail Spanberger (D-VA-05), a winner has not been declared for Virginia’s 7th Congressional District as over 220,00 early votes still need to be counted in several key counties. 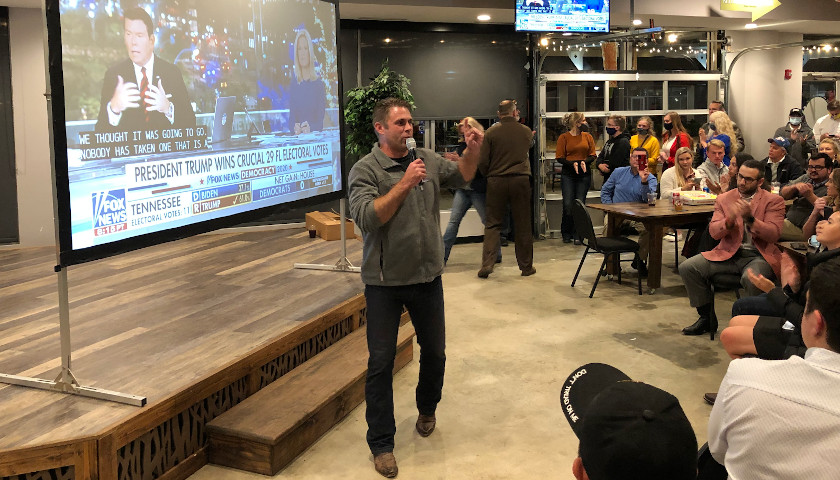 According to the Virginia Public Access Project (VPAP), Freitas is currently leading Spanberger in every county by varying margins. Specifically, Freitas is maintaining a small lead in Henrico by more than 2,000 votes and a larger lead in Chesterfield by roughly 9,000 votes.

“We feel great,” Freitas told The Virginia Star and other media outlets. “We know there are a lot more numbers to come from early voting from Henrico, Chesterfield and Spotsylvania [counties], however, we’ve shown really good trends all across the 7th District, we’re ahead by 20 points right now, we think those trends are going to hold and we think we are going to be successful once all the ballots are counted.”

“We’re very confident in where we’re at,” Freitas continued. “I wouldn’t trade places in a heartbeat right now, but it’s important to me to make sure that every ballot is counted and every vote is taken into account before we declare victory.”

Freitas’ overall support within the district corresponds to the success President Donald Trump had in all those counties on Election night, even though pundits called Virginia and its 13 electoral college votes for Biden.

Both candidates will be keeping a close watch on the outstanding ballot counts from Henrico and Chesterfield counties, the districts most populous, as those jurisdictions will play a major role in deciding the final outcome of the election because they primarily voted Democrat and carried Spanberger to her upset victory over former Representative Dave Brat (R) in 2018.

In fact, Henrico and Chesterfield were the only two counties Spanberger won during the election two years ago.

In a short statement posted to Twitter shortly after midnight, Spanberger said: “As we continue to monitor the results and wait for every vote to be counted, I want to take a moment to thank all of you for your tremendous support!”

As we continue to monitor the results and wait for every vote to be counted, I want to take a moment to thank all of you for your tremendous support! (2/2)

After polls closed in Virginia at 7 o’clock, Freitas jumped out to an early lead in eight of the district’s ten encompassing counties. Within the hour, at 7:51 p.m., Freitas had already secured 67,651 votes while Spanberger had 37,769, according to the AP. 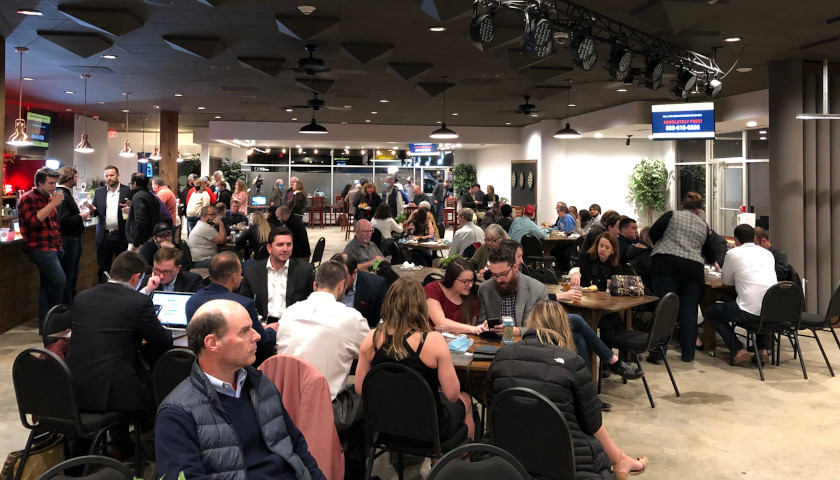 One factor for the fast start is that many Republican voters in Virginia waited until Election day to cast their ballots in-person at polling places, just as Freitas suggested would happen at an election rally for congressional candidates on Monday night.

About halfway through the night, Rich Anderson, Republican Party of Virginia Chairman, told The Star Freitas had been feeling cautiously optimistic about the numbers being reported at the time.

Nevertheless, supporters showed abundant enthusiasm and hopefulness throughout the event.

Bryan Duchesne, Powhatan county resident, said he was confident that Freitas would win, citing his track record in the Virginia House of Delegates, while a group of attendees said they hoped and expected Freitas to beat Spanberger.

One woman in the group also described a potential Freitas loss as a major blow to the entire Commonwealth.

For Freitas, his campaign and attendees at the election watch party, most of the night was spent waiting as ballot counts continued to update hour by hour, however.

After the watch party had wrapped up, Cole told The Star he thought the outstanding votes would not be enough for Spanberger to close the gap and that he felt good about Freitas’ early voting numbers in Spotsylvania.

When an official outcome can be determined all comes down to those remaining early votes as well as the number of provisional and other absentee ballots, which can be counted under newly-implemented state election laws if the ballot is submitted before noon on Friday and postmarked on or before Tuesday.

Freitas said they will have a much better indication of a victor over the next couple days and the winner should be determined by no later than Friday.

Republicans hope Freitas can reclaim a district they held from 1971 until Brat’s defeat, while Democrats want to keep the historically red district blue with another Spanberger Victory.

So, for now, the candidates and voters of the 7th District must wait for general registrars and other election workers to finish counting.